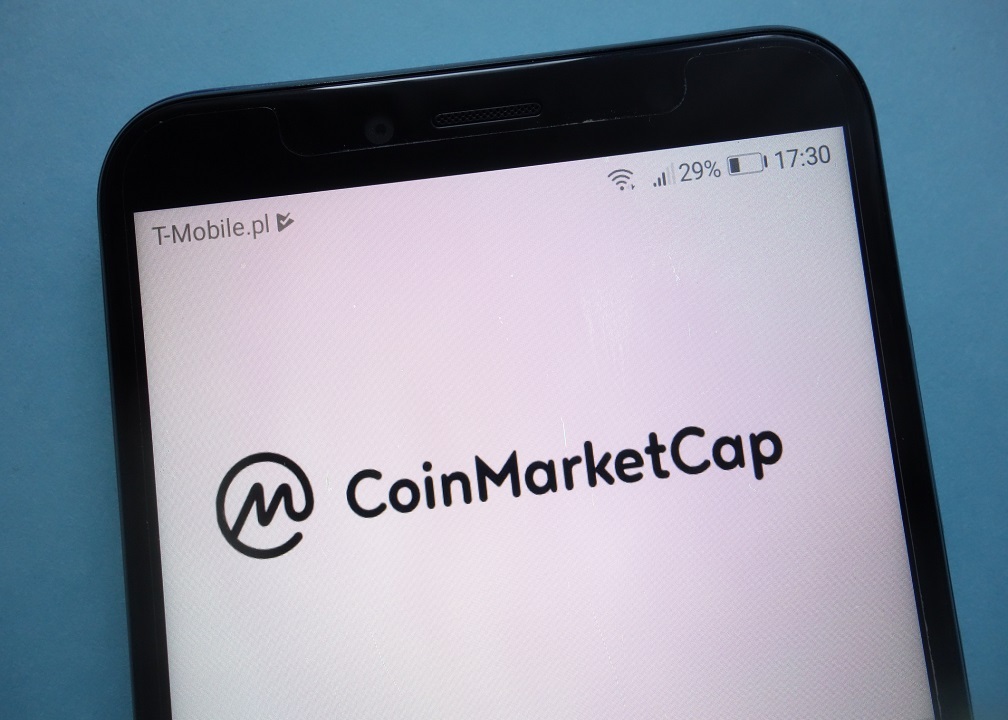 The Cryptocurrency data provider CoinMarketCap has finally launched a mobile app for Android and has updated the app for iOS. The apps offer features not yet available on the CoinMarketCap website, including portfolio monitoring, candlesticks charts and side-by-side cryptocurrency comparisons, as well as useful price warnings for all cryptocurrencies.

“We believe that our users will like the new style and the features we’ve added to these apps, and we’ll continue to update the app regularly based on the feedback we receive”.

these were the words of Carylyne Chan, head of marketing at CoinMarketCap.

Let’s see what the app looks like on an Android smartphone. This is the main section with all the cryptocurrencies and their value, available also on the website.

This is the Wallet section: 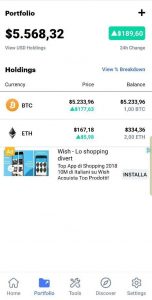 This is the tool section of the app: 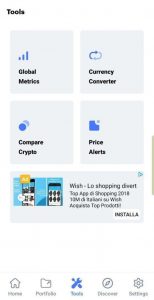 Users must register an account to save their wallet or watchlist. The company has stated that it plans to allow the synchronization of app accounts with the website in the future.

The app also has a section for “gainers” and “losers” as well as a section for news about the cryptocurrency industry. All the data provided by the app is available thanks to the API released by CoinMarketCap last August.

Just last month, CoinMarketCap also launched two reference indices covering the 200 major market capitalisation cryptocurrencies – one with bitcoin (BTC) and one without – on the Nasdaq Global Index Data Service (GIDS), Bloomberg Terminal, Thomson Reuters Eikon (Refinitiv) feeds, on the German Börse Stuttgart, as well as on its own platform. You can download the app from the Apple Store or Play Store.