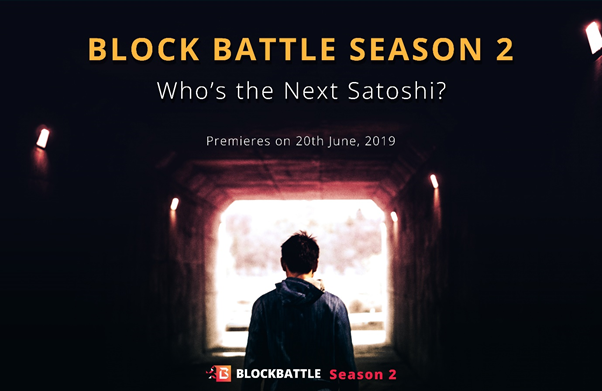 In South Korea, the Block Battle Season 2 is accepting participants through their official homepage to compete for the best blockchain project.

SBI Investments, one of the organizers and sponsors of the show, will invest up to $10 Million USD for the top 10 blockchain startups.

The Block Battle Season 2 will start on June 20 on the Korean Pax Economy TV.

Startups will compete over 5 episodes, in order to find the winning team. Applications to participate can be made through the official web site.

This year’s question is simple. ‘Why does your project need blockchain technology?’, highlighting that more often startups don’t really need to use the blockchain tech but it is adopted for marketing reasons.

A total of 10 teams will advance to the finals. These teams will participate in several competitions including a 5-minute presentation, a whitepaper battle and a final competition. Judging will be done by professionals from venture capitals, cryptocurrency exchanges, successful project CEOs, crypto funds, and top blockchain projects.

The first episode, which will be broadcast on Thursday, June 20th, will be broadcasted simultaneously in China, Australia, Thailand, Malaysia, Taiwan, Singapore, Vietnam and Hong Kong. It will also be broadcast live on the online YouTube channel Coin Cast.

“This year, Block Battle season 2 will be supported to bring investments, in accordance with the intention of 10-billion-won investment from SBI Investment. In addition, we are trying to give teams a chance to raise their name to the top”.