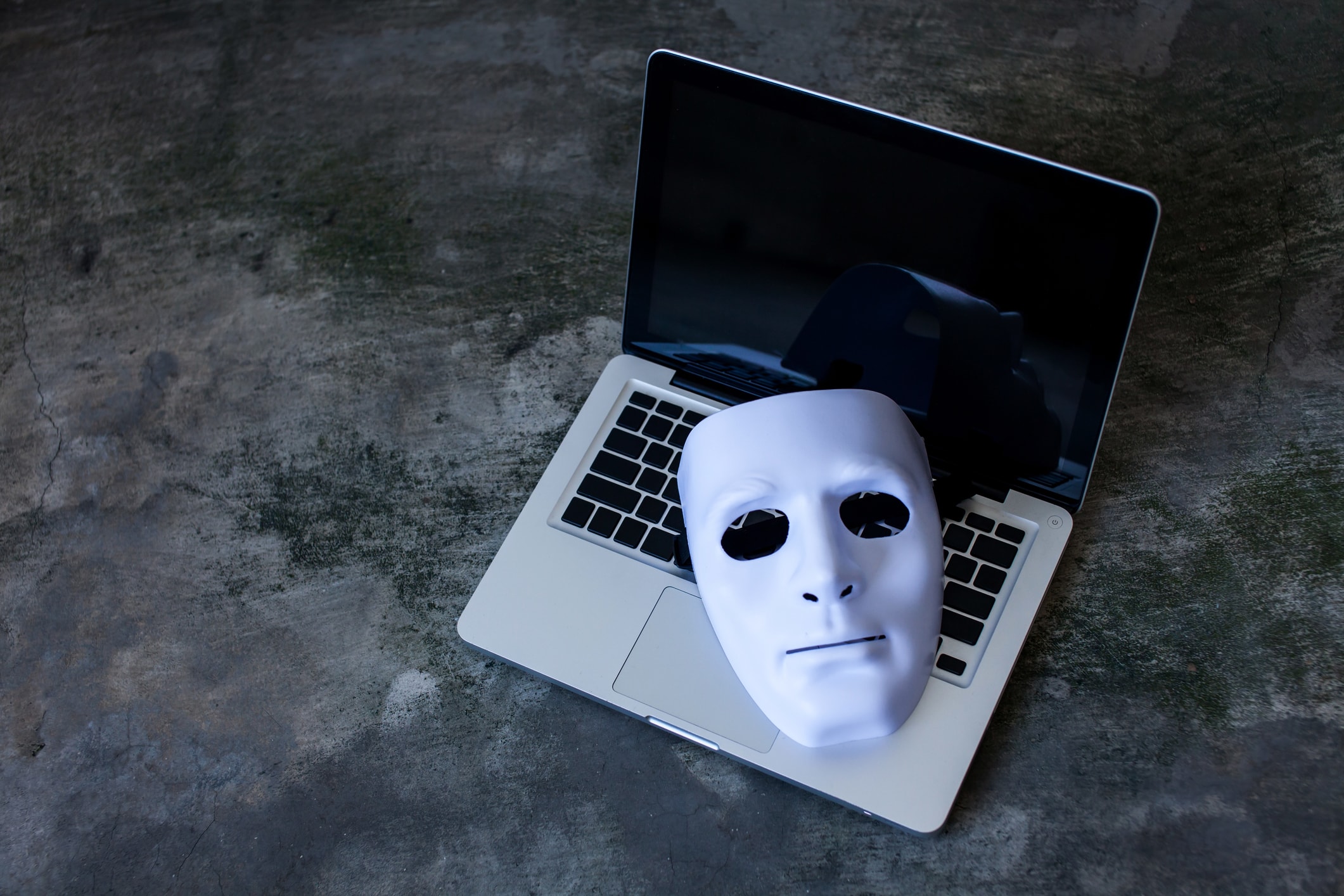 A brief recap on the identity of Satoshi Nakamoto

On November 29, 2018, after years of silence, the identity of the anonymous creator of Bitcoin, Satoshi Nakamoto, gave signs of activity on the social P2P Foundation, when Nakamoto friended another user – Wagner Tamanaha, a Brazilian cryptocurrency enthusiast, according to his “about me” bio on the social – and posted the word “nour” in parenthesis. The meaning of such a word is still debated.

Some have suggested a possible hack of the gmx email account linked to Nakamoto ([email protected]) and that it might not actually be him/her to show activity on the account. However, this episode spurred a new renewed interest about Satoshi Nakamoto and his legendary figure.

But why is identifying the creator of Bitcoin so important? First, let’s have a bit of background about it.

Although the bitcoin.org domain had already been registered earlier on August 18, 2008, the first bitcoin transaction would happen only the following year, on January 12 2009 – three days after the first block of data was mined on January 9 – the date the paper was released is regarded as the day when Bitcoin made its first appearance in the world.

In the first period, Nakamoto was actively present in the bitcoin community, also replying to emails and commenting on socials. For instance, there is evidence of an exchange of emails with Hal Finney, the second person ever to have made use of the software running bitcoin, filing bug reports and suggesting improvements. Indeed, the emails are concerned with a possible bug in a first version of the bitcoin software, which Finney and Nakamoto solved together. Such exchange was published years later, in the spring of 2014, on The Wall Street Journal. (Hal Finney is also one of the suspects believed to be Satoshi Nakamoto, but all we have is circumstantial evidence given by his correspondence with another suspect, Nick Szabo, as we’ll see later.)

However, in December 2010 Nakamoto handed the reins of Bitcoin to Gavin Andersen, disappearing from the scenes in 2011 when s/he stated the desire to “move on to other things”, the last message before the new appearance on P2P.

In all the email exchanges and the posts on P2P the identity of Nakamoto has always been kept a secret to this day. The only things we know are the alleged info of his P2P profile, namely that he is male, Japanese, and almost 44 years old (born April 5, 1975).

In an article on Medium, the author of Startup Muse: Actionable Advice for Entrepreneurs, Alexander Muse, declared that he knew for sure that the American National Security Agency (NSA) has discovered the identity of Satoshi Nakamoto on August 26 2017, but never disclosed it publicly. He even explains the stylometric process with which the agency understood who Satoshi is:

By taking Satoshi’s texts and finding the 50 most common words, the NSA was able to break down his text into 5,000-word chunks and analyse each to find the frequency of those 50 words. This would result in a unique 50-number identifier for each chunk. The NSA then placed each of these numbers into a 50-dimensional space and flatten them into a plane using principal components analysis. The result is a ‘fingerprint’ for anything written by Satoshi that could easily be compared to any other writing.

However, he does not provide any sources at all for this. He only reports that he has an anonymous source at the NSA who told him such classified pieces of information. Moreover, he justifies the lack of sources saying that the topic is so original that there is no literature about.

Unfortunately, as much as it would be appealing to enmesh oneself in such a spy story, it does not sound particularly convincing. However, many theories and “pieces of evidence” on the Satoshi Nakamoto’s identity have been deepened in the last years.

The main candidates to be the creator of Bitcoin have been more or less involved in the bitcoin community, if not in the creation of “proto-bitcoin”, ie predecessors of the virtual currencies, like Nick Szabo’s Bit Gold. Indeed, the various references to the ideas of Bit Gold and the use of sentences unique to the way Szabo talks and writes can be substantial evidence that Szabo is Nakamoto, according to internet researcher Skye Grey. Nonetheless, to date, Szabo flatly denied being the creator of Bitcoin.

Another possibility is the Japanese American physicist Dorian Prentice Satoshi Nakamoto, whose birth name is Satoshi Nakamoto. Leah McGrath Goodman pointed at Dorian Prentice in a March 2014 Newsweek article presenting his most significant evidence in the fact that the physicist replied: “I am no longer involved in that and I cannot discuss it. It’s been turned over to other people. They are in charge of it now. I no longer have any connection” to a question regarding the bitcoin project. After the media went crazy on the possibility of having finally found who the mysterious Nakamoto is, he denied all evidence stating that he misunderstood the question and thought the journalist was talking about his previous classified work as a military contractor.

Way more mysterious, instead, is the story of the correspondence between David Kleiman and Craig Wright. The former: an American consummate computer genius and a war veteran, the latter: an Australian entrepreneur and computer engineering expert.

Kleiman had a most interesting career, starting from his work for the Palm Beach County Sheriff’s Office several years after he served in the US army. However, a motorcycle accident made him paraplegic and forced him on a wheelchair, intensifying his interest in computers, which were in the midst of a technological revolution at the time. He became an expert in the sector, eventually founding a company in 2012 (Computer Forensic, LLC) with two other partners, his former training officer Patrick Paige and Carter Conrad. He also took part in conferences and appeared in TV shows on CNN and ABC, as well as co-authoring books on computing, business, and digital security.

It is in the years right before the foundation of the company he got involved with the Metzdowd mailing list, where Nakamoto published his white paper. This is the evidence that Kleiman worked on the bitcoin project, contributing to its establishment, if not being Nakamoto himself.

However, the most relevant piece of evidence we have that he is not Nakamoto is an email sent by Wright where he states:

I need your help editing a paper I am going to release later this year. I have been working on a new form of electronic money. Bit cash, Bitcoin… […] You are always there for me Dave. I want you to be a part of it all.

Thus, suggesting that Nakamoto is not Kleiman, but that could be Craig Wright. This email has been sent anonymously to Gizmodo in the early November 2015. On December 9 that year, Wired certified that Wright was indeed Satoshi Nakamoto. In response to this, the Australian Federal Police raided his home, although it later stated that “[the] matter is unrelated to recent media reporting regarding the digital currency Bitcoin.”

After the event Wright deleted his digital presence until May 2016, when he revealed himself on Twitter as Satoshi Nakamoto, also claiming he had proofs to back his statement. However, he never offered any evidence for such claim, declaring that he “did not have the courage” to admit he is the creator of Bitcoin and to prove his real identity.

The fact that in 2013, 2 years before, Kleiman has been found dead in his house in Palm Beach after he refused medical treatment and any contact with his closest friends cannot help but exacerbate the sense of mystery. The scene of his death was disturbing: his body was found decomposing amid wheelchair traces of blood and faeces, a loaded gun with a bullet hole in the mattress, and open bottles of alcohol.

Nevertheless, the aforementioned Gavin Andersen also supported the evidence that Wright is Satoshi. During a panel in 2016, he said that he witnessed Wright signing a message using the private key of block number one, the so-called Genesis block of the blockchain, where all started. This has not been stated on Twitter by Wright, and the reason he backed off from providing such evidence is of private matter:

“I remind everyone, he is human. I’m sure he makes mistakes like we all do. He’s made some mistakes in the past. And he wants his privacy. So, I’m going to draw a line. If you ask me questions about this, I draw the line at: I will explain why I’m convinced. I will not go into personal details of the discussion that I had with him.”

His statement, though, was met with scepticism, since there are no actual, solid proofs of Wright being Nakamoto. So, as for now, the search continues.

But why is it so important to discover the identity of Satoshi Nakamoto? Well, it is quite obvious. The power of the cryptocurrency alternative banking system has already been proved. Bitcoin transactions are reshaping the world of finance: traditional banks have to deal with a new form of competition extremely hard to tackle, while governments are facing a new form of currency they cannot control properly, with a solid presence in illegal markets dealing with drugs and weapons.

Internally to the Bitcoin network, instead, the amount of Bitcoin possessed by Satoshi Nakamoto account for roughly 1 million bitcoins. In December 2017, at bitcoin’s peak, this was over US$19 billion, an estimate that positioned him/her at US$22 billion at one time. Since no one knows who Satoshi is, no one can foresee what he would do with his enormous share of bitcoins. If s/he decides to sell all of them in one day this could have disastrous effects for the system.

Moreover, talks of changing the bitcoin code to deal with the increasing number of blocks – that could overload the network – led to a harsh debate among crypto investors. Many fear an increasing centralisation of the system, while Wright, Andersen, and other relevant names support the idea of changing the code. If there was an actual, known Satoshi Nakamoto his/her words could help in understanding where the future of bitcoin is directed towards.

However, the bitcoin community will have to live, still for long at least, with the mystery of who Satoshi Nakamoto is. After the last message in 2011, no one believed we would hear back from the anonymous billionaire. But now there’s a new friend on P2P and a cryptic post. We might hear from him – or her, or them! – very soon.

Previous article Monero (XMR): a guide to the privacy coin
Next article Game of Thrones: Bets are made in bitcoin