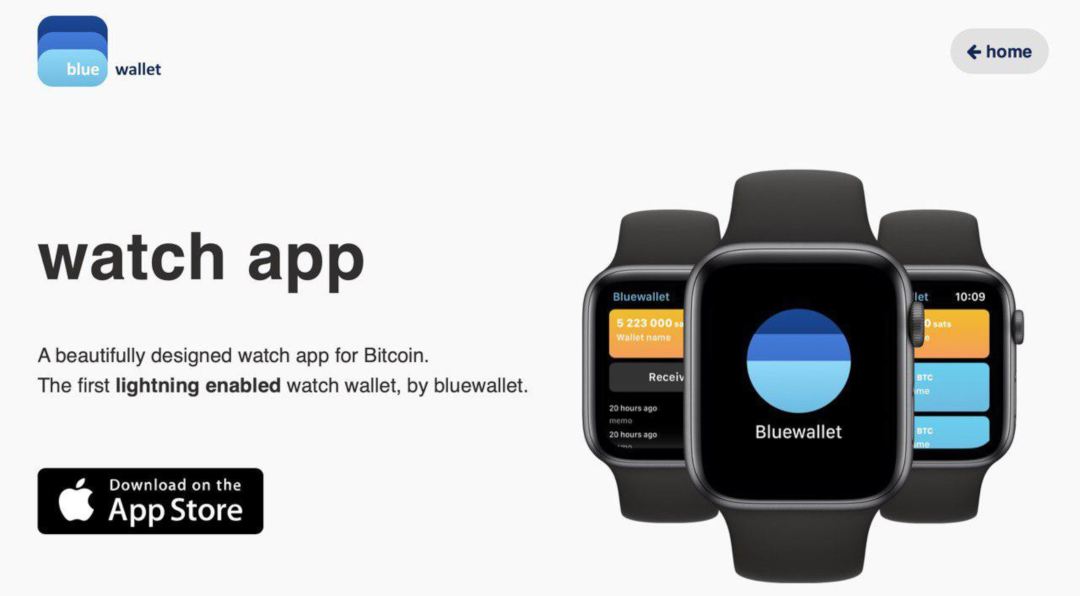 Yesterday Bluewallet, one of the most famous Bitcoin Lightning Network wallets, released an extension for Apple Watch, the well-known smartwatch of the Cupertino giant.

The application allows cryptocurrency enthusiasts to receive payments on the second layer of Bitcoin using their Apple Watch. With the app, it is possible to create a scannable QR Code for requesting or simply receiving a payment.

In the past few days, the Bluewallet team had already released on Twitter a preview of the new application, showing some features in a short video.

Bitcoin is too hard to use. Let’s make it a couple of taps then 😉 pic.twitter.com/ioYbrKtNoc

The application can be downloaded for free from the Apple Store.

Nuno Coelho, engineer and designer of the User Interface, reported that the application was developed as an experiment:

“It’s a small experiment we’re doing to put wallets on the watch. The first releases will be simple, allowing you to receive lightning payments”.

Currently, smartwatches are less popular than smartphones. However, many people use their Apple Watch to control and respond to notifications on the fly, since there is no need to take the smartphone out of their pockets.

The Bluewallet experiment is thus aimed at testing whether or not users are interested in using smartwatches to receive and make bitcoin payments.

“Sometimes the convenience of just [receiving bitcoin] with two taps from your wrist can be a relevant user experience, specially on the go or if you need to be fast”. 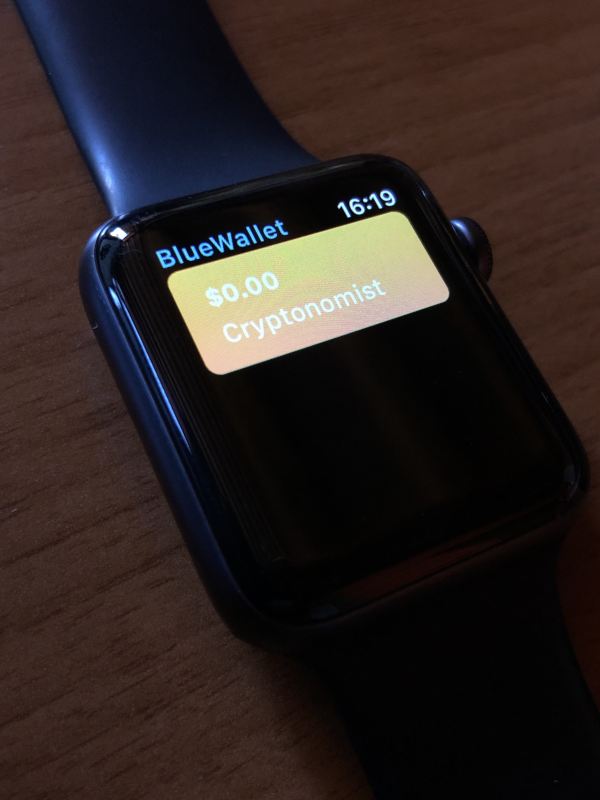 Coelho pointed out that this is a test, since the Lightning Network technology is still very experimental, and for this reason, it is not known how many users will want to use the app on their smartwatch.

“If feedback is good, we’ll spend more time on the project. It’s a very early stage industry so we’re trying to figure out how to build this stuff properly”.

Bluewallet, developed by a team of three people, is also working on other interesting features aimed at expanding its services. For the moment it is only possible to receive bitcoin payments using Lightning Network, but the intention is to offer the classic features of a complete wallet.