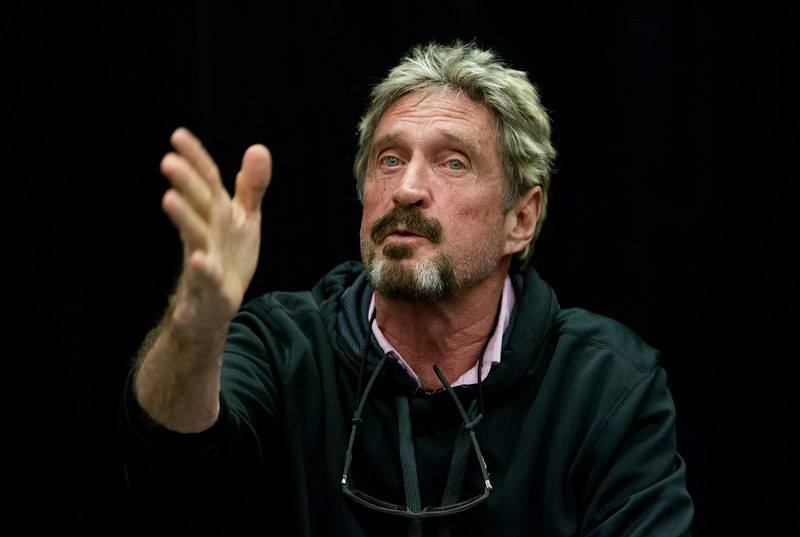 John McAfee: how to earn with Bitcoin Play

John McAfee, the creator of the homonymous antivirus, is once again talking about himself. This time for having created Bitcoin Play, an application, currently only available on Android, which allows you to earn bitcoin (BTC) by answering various questions about crypto and blockchain, but also about general topics.

The game was unveiled on Twitter by the crypto influencer, just a few hours ago.

My "Bitcoin Play" app Android version is now available on Google play. Hear my voice cursing your ineptitude and praising your triumphs. Educational. Earn Satoshis as you win and hear my chastisement when you lose:https://t.co/gzWbAS87ho

Bitcoin Play, which is to all intents and purposes a quiz game, allows players to earn satoshis, the smallest unit of measurement of bitcoin, and, once they reach 40,000 satoshis, these can be withdrawn and sent directly to their wallet.

Bitcoin Play can boast over a thousand questions of various kinds, including those related to the news of the day. It also has 3 lifelines: Switch the Question, 50:50 and Time Increase (usually it is 10 seconds per question to answer).

The game also allows players to compete with other players weekly for additional prizes; there is also the possibility to activate John McAfee’s audio commentary, a feature reserved for adults as these comments are sometimes harsh and offensive.

Currently, the Bitcoin Play app has been downloaded by more than 500 people and has 31 mostly positive comments.

Recently the crypto influencer was once again the subject of the press, declaring that he would reveal the name of the inventor of Bitcoin, currently known only by the pseudonym Satoshi Nakamoto.

Despite this, a few days later McAfee explained on Twitter that he was no longer able to reveal the identity of Satoshi because of the imminent request for extradition of the US to the Bahamas. McAfee, in fact, is currently in exile in the Bahamas and his lawyer, Mario Gray, would have advised him to desist because revealing Satoshi’s identity at this time could influence the process and effectively threaten extradition.