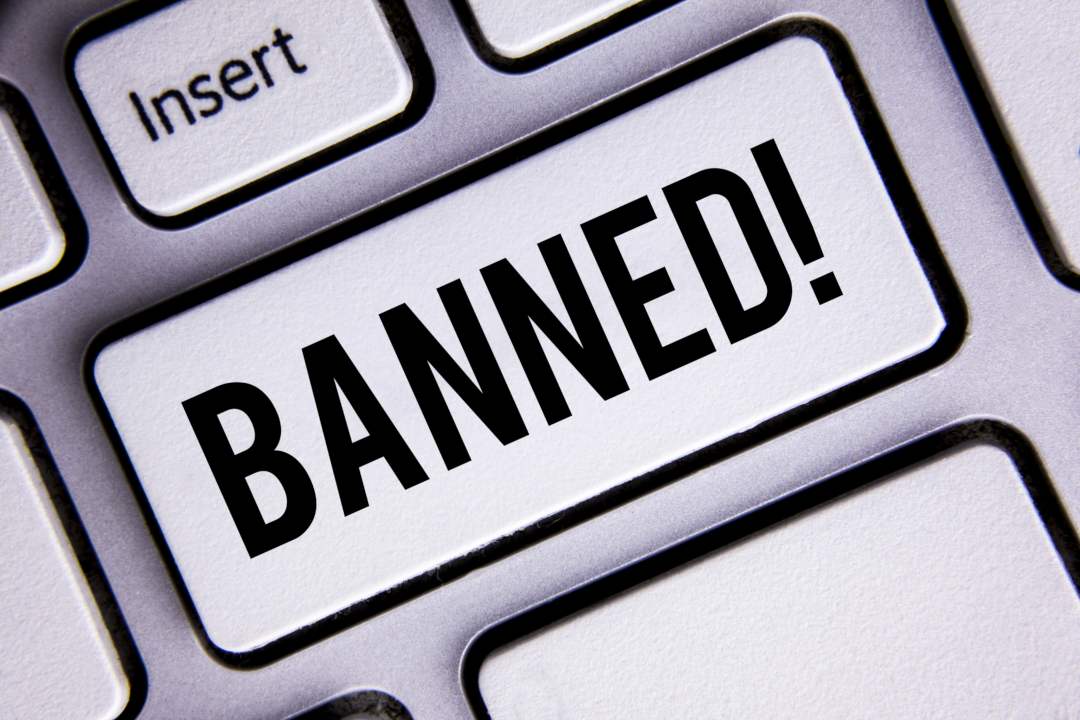 Coinbase, one of the most important crypto exchange platforms in the United States, recently banned one of its users from its platform, Milo Yiannopoulos, minutes after his registration. 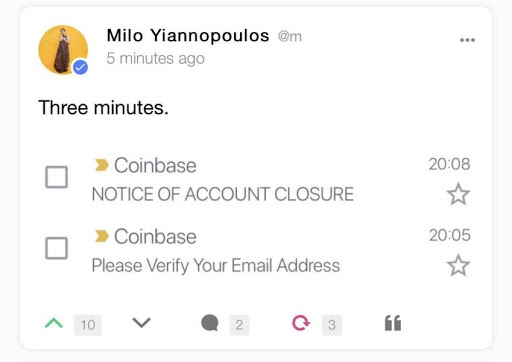 After only 3 minutes from the verification of the email, Milo would have received a notification that his account was closed, which suggests that Coinbase might have a blacklist of inconvenient individuals, probably handed down by the US government.

At the beginning of the month, Milo Yiannopoulos’ Facebook, Instagram and Twitter accounts were also removed. Yiannopoulos is, in fact, an exponent of the alt-right, the American extreme right-wing movement, he is also sexist and racist as well as a collaborator of the Breitbart News website.

Coinbase may have followed the major social networks and decided to preventively block a financial channel that Yiannopoulos could have used for unclear activities.

The question also brings out how the USA is very repressive towards the freedom of the press, even outdoing Italy: in fact, the USA is in 48th place, while Italy is in 43rd place. Switzerland, on the other hand, is in the top ten in 6th place. 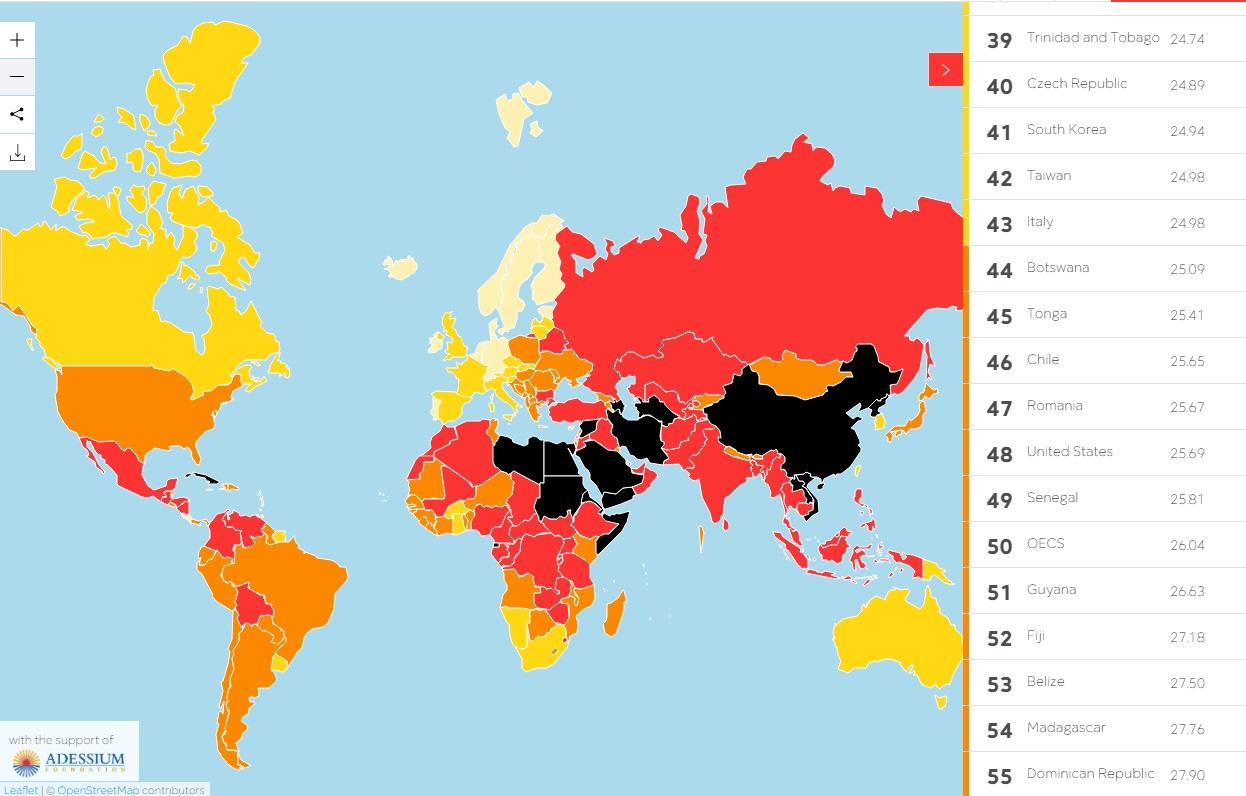 In these cases it is difficult to take sides on one end or the other because there are situations in which restricting the freedom of some people with extremist ideals could benefit the entire community, but here the question is another and whether these giants have the power to do so independently or must adapt to the laws and then move only at the request of a specific state.

With the increase in social networks and similar platforms, users have delegated enormous power in terms of both privacy and security and it is difficult for a state to impose itself. Furthermore, finding a suitable remedy, solution or sanction is not an easy task for the regulator either.

As such, it is clear that the system still revolves around a centralised world.