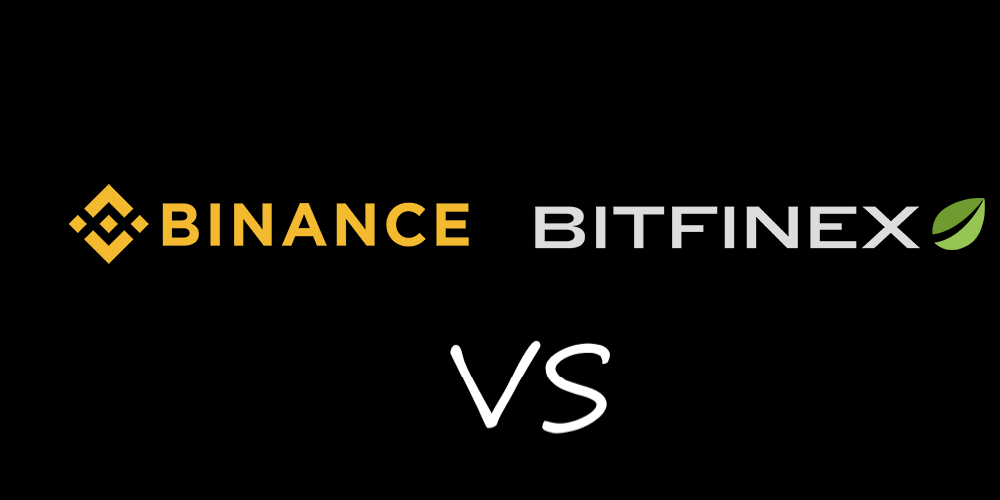 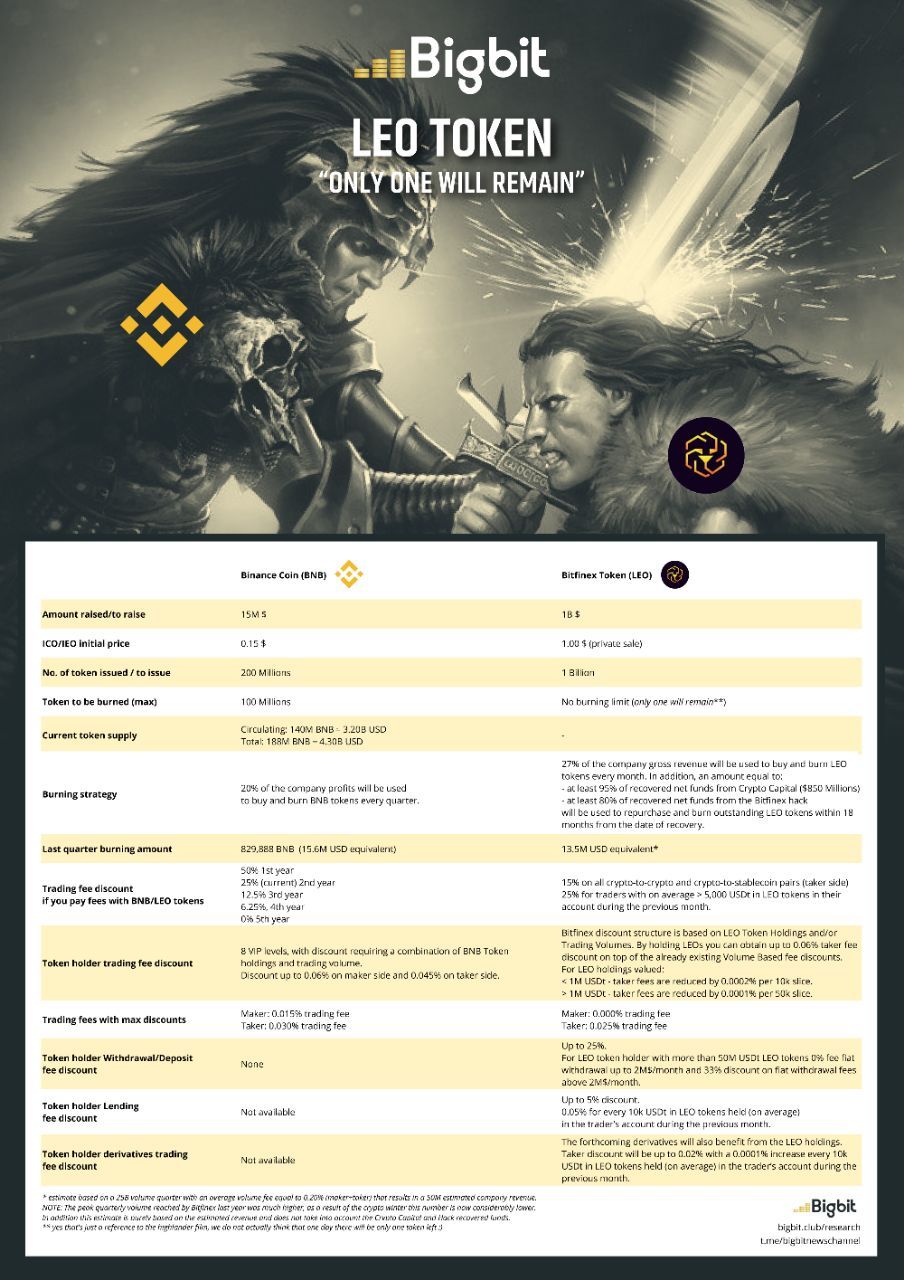 The two tokens are in some ways similar to each other, as both are issued by an exchange, but differ in some details.

First of all, the total volume collected during the placement: only 15 million dollars for BNB, while LEO aims to raise a billion. The total number of tokens issued is also different: 200 million, against 1 billion.

Binance has a strategy that involves repurchasing a portion of the BNBs directly from the market, each quarter, using 20% of the earnings. Bitfinex, on the other hand, will use 27% of its earnings to repurchase LEO tokens from the market, but also 95% of Crypto Capital’s currently frozen funds (850 million) and 80% of any funds recovered from the 2016 hack.

The maximum number of BNBs that can be burned is 100 million, out of the 200 million placed on the market, while for the LEO tokens no limit has been set and thus theoretically all tokens could eventually be bought back.

Discounts on exchange fees also differ. Binance guarantees 50% discount for the first year, up to zero in the fifth year, while Bitfinex will always guarantee 15% discount, which can rise to 25% for those who hold more than 5,000 USD in LEO tokens in the previous month.

In addition, Binance does not grant discounts on withdrawals and deposits for BNB holders, while Bitfinex will also grant up to 25% discount on withdrawal and deposit costs, which will even be zeroed for those who own more than 50 million USD in LEO tokens, up to a ceiling of 2 million dollars withdrawn or paid per month. In the event that they exceed this threshold, the discount will still be 33%.

Other discounts that Binance does not grant to BNB holders, while Bitfinex will grant to LEO holders, are those on loans (up to 5%) and derivatives trading.

This type of token does not formally appear to be a real security token, but the strategy of repurchase, which periodically burns tokens in order to reduce the total amount in circulation, has in fact the objective of increasing their value, trying in some way to ensure the holders a form of return.

Previous article Bitfinex: one week to provide documents about Tether
Next article Eidoo: how to buy LEO tokens on the app