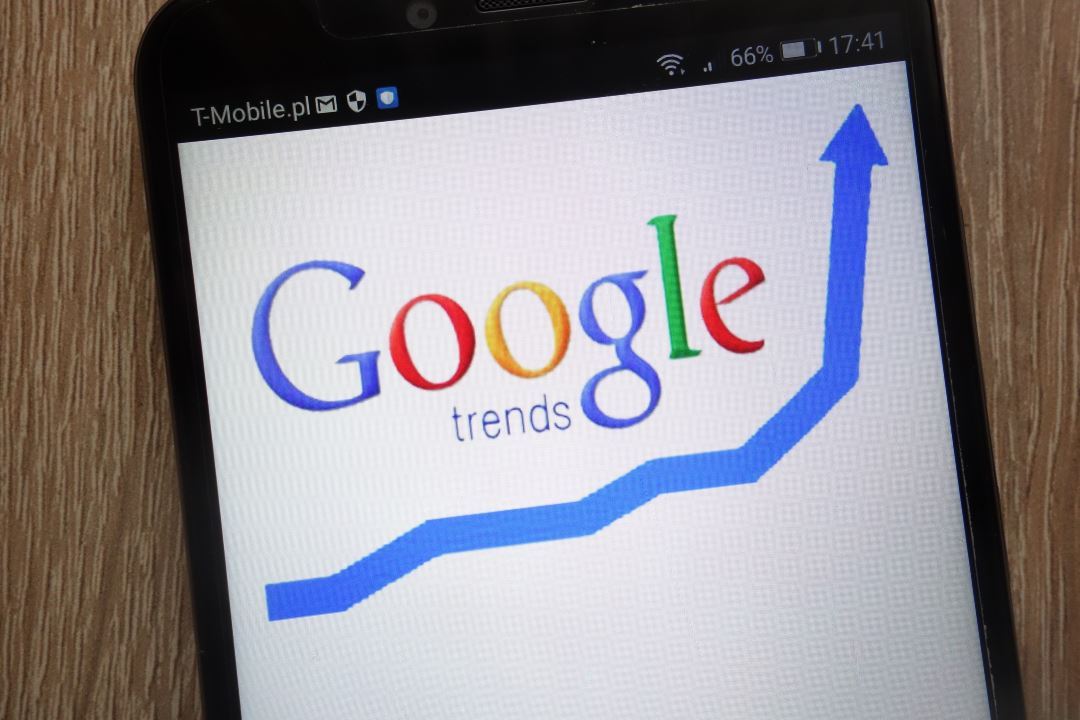 As already noted several times, in conjunction with the sudden increase in the price of bitcoin, there has also been a significant increase in searches on Google.

In recent weeks bitcoin (BTC) has achieved values that were not reached since summer 2018, approaching the threshold of 8300 dollars.

According to data reported by Google Trends, a tool for the analysis of the most searched words on the Google search engine, the bitcoin keyword has experienced a surge in searches in the last week.

Bitcoin (BTC): searches are growing according to Google Trends

Looking at the data it is possible to observe the development of the bitcoin keyword in the last 12 months. More specifically, in the last week between May 12th and 18th, 2019 (still a partial figure), the research rate rose sharply. 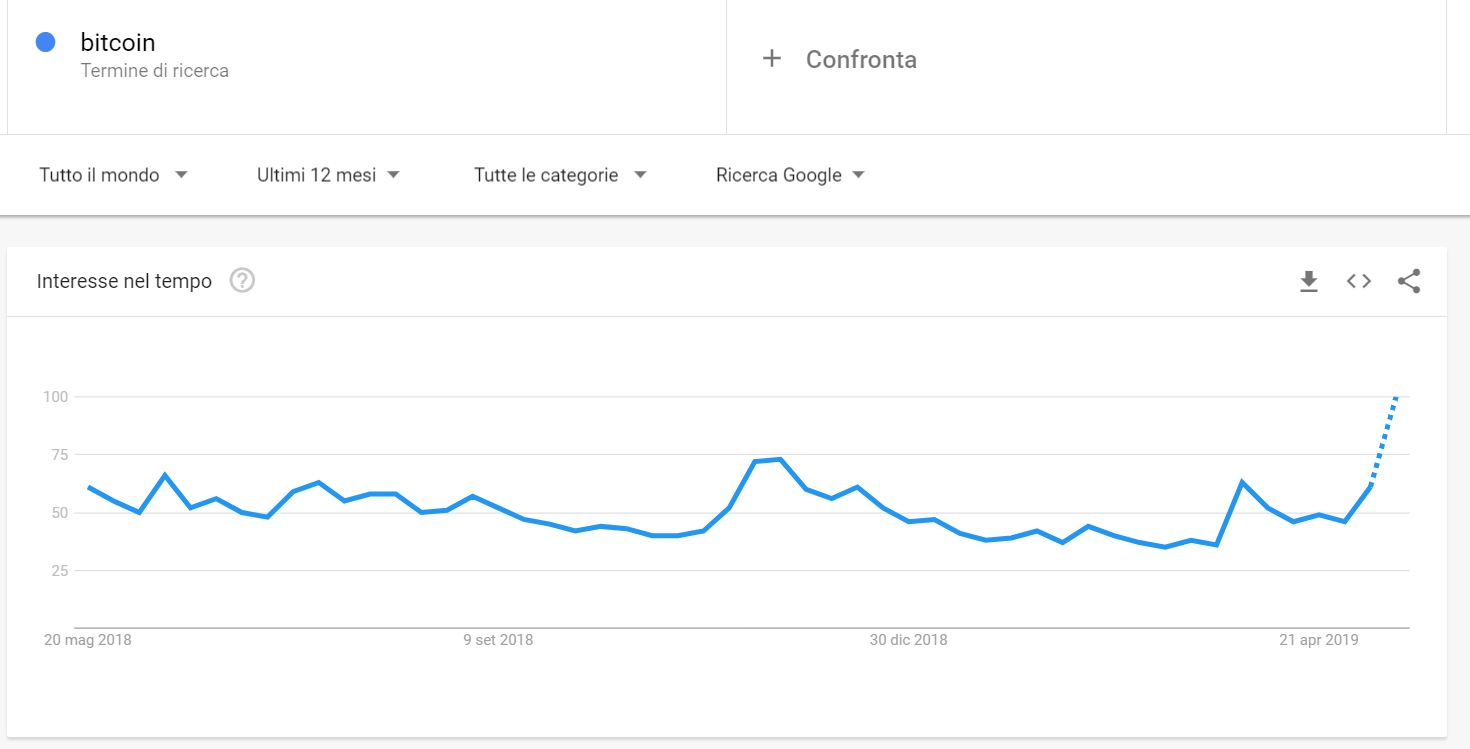 Already at the beginning of April, with the first overcoming of the $5,000 threshold, there had been a slight increase in searches on bitcoin. The third highest peak, however, dates back to November 2018, when BTC collapsed below four thousand dollars.

Another interesting aspect is the other keywords searched, including buy bitcoin and bitcoin price, both of which are on the rise. 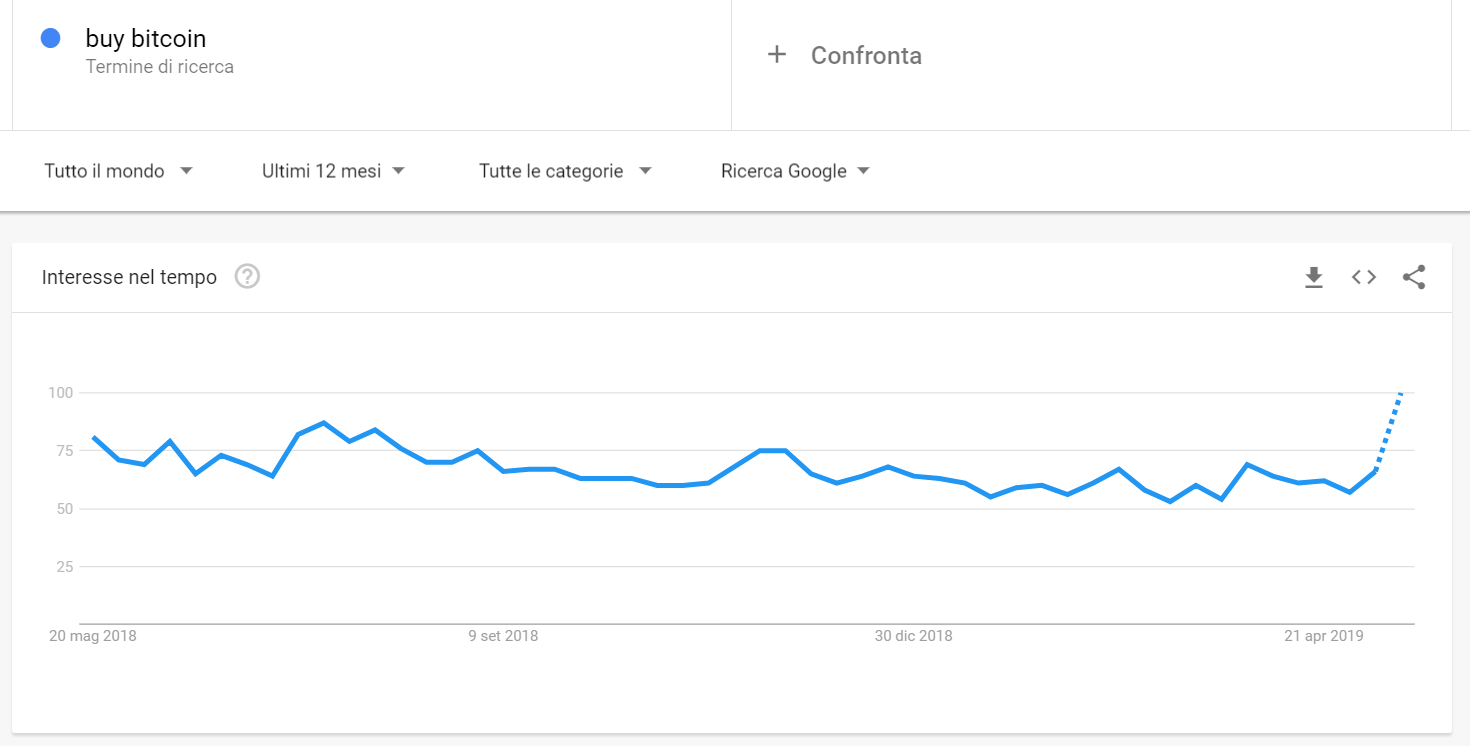 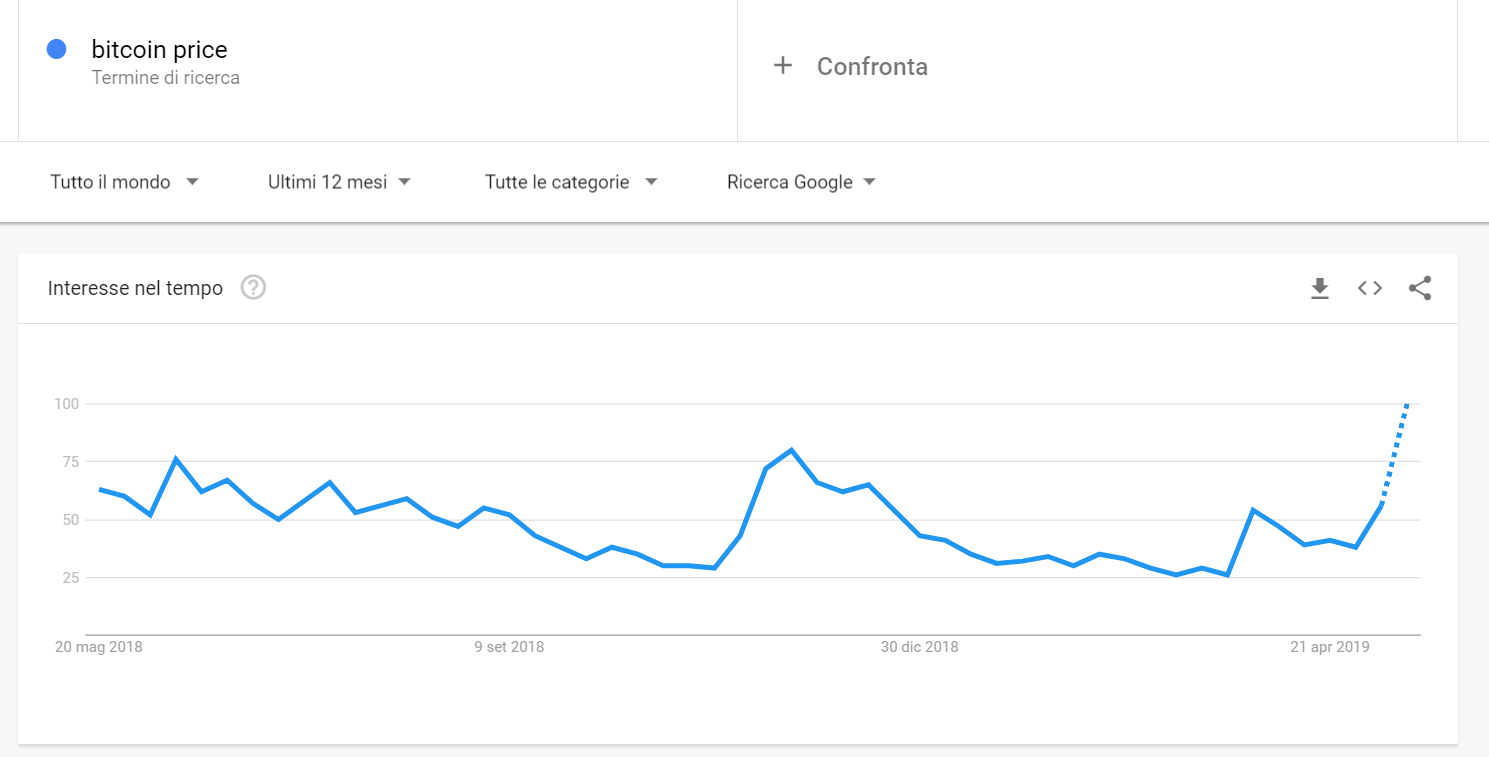 It is also interesting to note the countries from which the most searches originate. Surprisingly, the first place is not occupied by the United States of America, but by Nigeria.

In the second place there is Switzerland, followed by South Africa.

While Austria ranks fourth, with the Netherlands ranking last in the top five. The United States, on the other hand, ranks fifteenth.

Italy, out of curiosity, is currently 33rd in the ranking when it comes to searching the term bitcoin.

These very interesting data highlight how, when the important psychological thresholds of 7000 and 8000 dollars were exceeded, there was once again a strong interest in bitcoin.

In fact, even the main crypto communities have recently observed an increase in active users and subscriptions, due to the increase in the value of BTC.