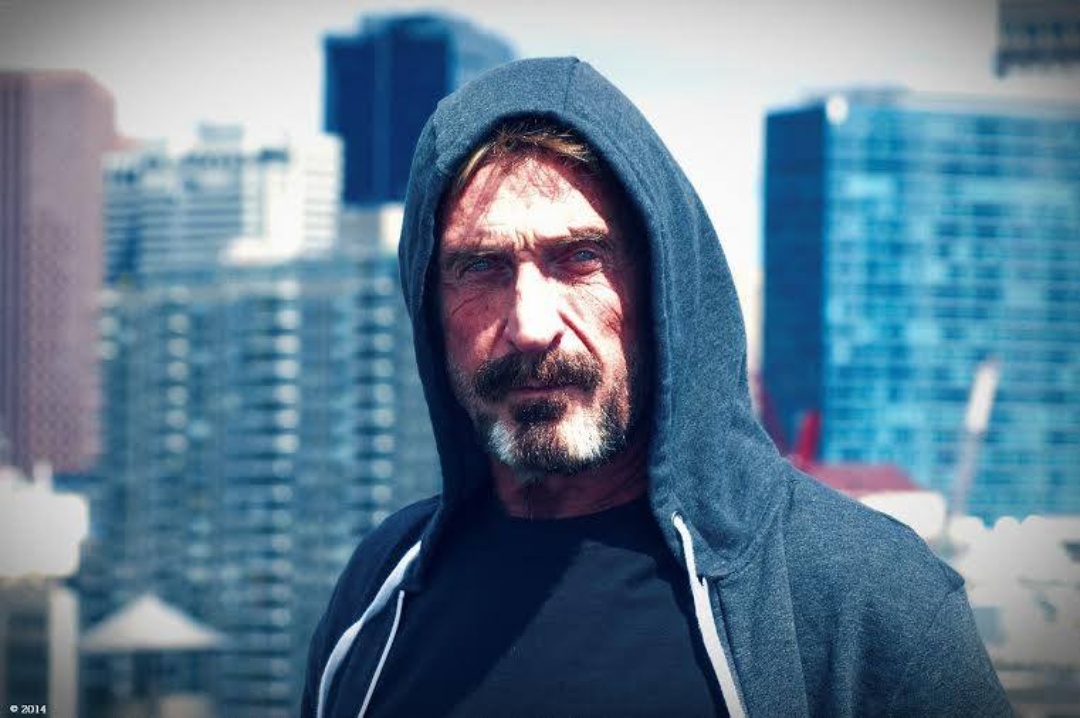 This morning John McAfee announced on his official Twitter account that he is located in a safe place. Last night, in fact, someone had assumed that he had been captured in the Bahamas and was in the custody of US federal agents.

Those who read "go dark" as "incarcerated" shouldn't play lotto this week. Here's @officialmcafee & @theemrsmcafee safe and sound in their new backyard as defiant, joyful and free as ever. Stay tuned… pic.twitter.com/e3T8wirhge

Yesterday, another tweet on his official profile revealed that, due to the development of events regarding his voluntary exile, it was necessary for him to go dark, announcing that the account would be managed by his staff until further notice.

This morning’s tweet includes some photographs showing him with his wife Janice Dyson McAfee, presumably in a tropical location similar to the Bahamas.

The sudden disappearance occurred shortly after he had published some of his thoughts on Ethereum, even though the two may not be linked.

Folks asking my opinion of Ethereum:

Well . . .. Frankly, I prefer one syllable coins and am not fond of Ethereum's spelling. Additionally, many of my friends who hold Ethereum dress oddly. And, of course, Buterin looks underfed to me. But do not take this as investment advice.

Analysing the previous tweets, someone assumed that this disappearance had already been organised. For example, on May 14th, he wrote:

“The U.S. Gov. thinks it’s watching me. I’m the master of disinformation and obfuscation. […] It is me that is watching the U.S. Gov. You will soon see the truth”.

He had previously tried to draw attention to himself by promising to reveal the identity of Satoshi Nakamoto, but he then gave up.

In theory, he would still be running for the US Presidency, even though, given the recent turn of events, it is extremely unlikely that he can really continue his run, as he cannot even set foot on US territory because he risks being arrested.

In short, McAfee’s escape continues, and day after day it seems that it is becoming more and more important for him to isolate himself and not allow anyone to discover where he is. If it is true that the federal agents are after him with the aim of arresting him, then it will also be very difficult for him to take over the management of his personal official Twitter account, which might, therefore, remain under the management of his staff.