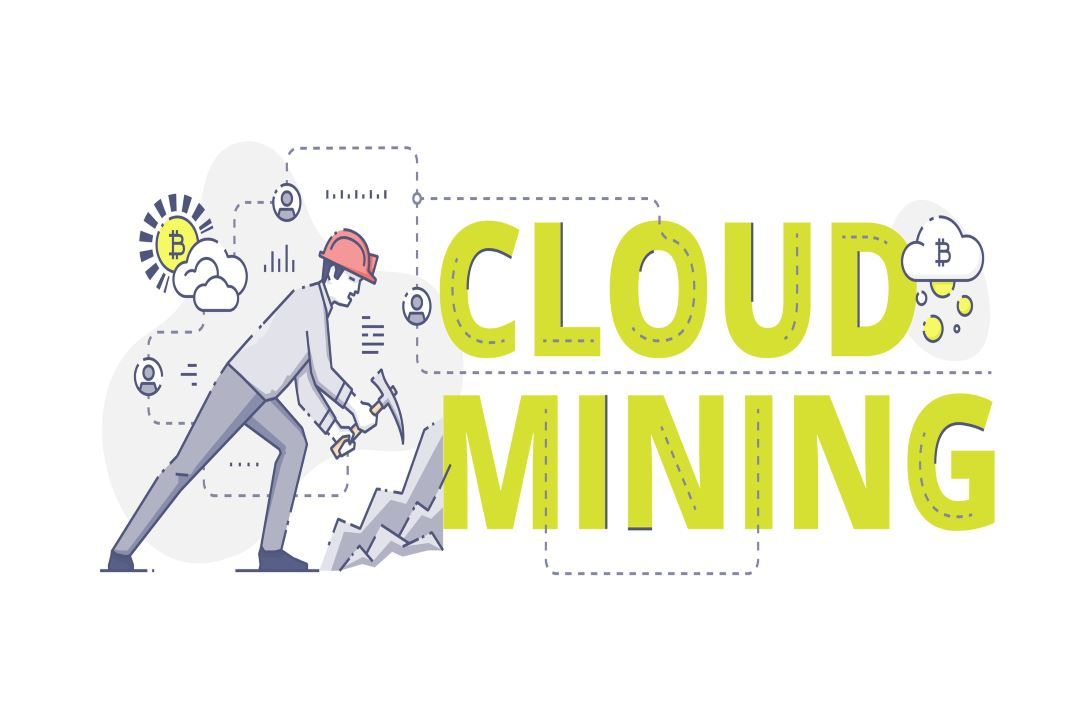 What is bitcoin Cloud Mining? Pros and cons of virtual mining

What are the pros and cons of the various cloud mining platforms? This doesn’t concern only bitcoin, but more generally all cryptocurrencies. Often, in fact, newbies who are looking for ways to mine bitcoin on Google come across cloud mining, which actually has very little to do with real bitcoin mining.

In this article, we will try to understand what cloud mining is, what are the differences with classic “home” mining and why, generally, it is almost always worth avoiding it.

What is Cloud Mining?

Cloud mining involves purchasing a certain hashing power from a central body that manages and owns one or more mining farms. Let’s say, for example, you want to buy 10 TH/s of bitcoin mining power from one of the cloud mining platforms.

Such platforms will virtually rent out some of their bitcoin mining hardware that can achieve the desired hashrate at a certain market price. Usually, the users pay an initial fee that varies according to the hashrate, which allows them to enter into a contract with the entity offering the service for one or more years.

After that, every month a part of the revenue allocated to the users’ hashrate share is retained by the company, both to pay the operating expenses, such as electricity, cooling, maintenance and other, and as company profit.

In detail, an entity offering a cloud mining service owns one or more mining farms around the globe. All ASICs and devices for bitcoin or other cryptocurrency mining are located within these farms. So, if a company sells a total power of one PetaHash/s (i.e. 1000 TH/s) on its website, it will need to have a number of machines capable of delivering a total hashrate of one PetaHash/s.

Usually, a company opts to offer a cloud mining service to minimise ROI times. By selling virtually its own hashrate, in fact, the entity can repay most of the initial hardware investment in a very short time, rather than directly mining cryptocurrencies for itself.

What are the advantages of Cloud Mining?

For the beginners looking on Google for ways to mine bitcoin, this is a very simple and fast service to use. In fact, it requires virtually no real knowledge of cryptocurrency mining.

There is no need to know what an ASIC is, what a mining pool or a mining farm is, it is not necessary to know how to use mining tools, what protocols to use and how to connect to the mining pool (Stratum or otherwise). It is enough to simply create an account, pay the relative fee according to the hashrate one intends to buy, keeping in mind that the greater the hashrate, the greater the revenue will be, and activate the service. The earnings will be credited directly to the user’s account.

2) No need to purchase hardware

Another advantage of cloud mining is that there is no need to purchase any mining equipment. This means that you don’t have to study which are the best ASICs or video cards for mining, which saves an awful lot of time. For the nerdy user, buying, installing and tuning hardware is perhaps the most fun part of mining. However, for those who do not have knowledge of the sector all of this time and studying is spared.

Perhaps the real good thing about cloud mining is that, since you don’t really own a certain ASIC or GPU, there is no need to worry about devaluing and updating your equipment. The actual mining, with all the related technicalities, is a black box for the end users. And of course, all this will end up costing them a great deal.

3) No operating costs, no heat and no noise

Have you ever had the chance to touch an Antminer S9 that mines bitcoin? It is a machine that consumes 1500 Watts per hour, produces a lot of heat and, as a result, emits a deafening noise due to the cooling system.

It is easy to see that these are not devices to be kept at home. These devices require a suitable environment with good ventilation, away from or isolated from the living space. The same goes for mining-rigs with multiple GPUs, although in this case, the noise level is usually lower.

Having one or more ASICs for mining bitcoin also requires a large amount of electricity. Domestic energy supply contracts usually start from a minimum of 3 kWatt. However, with one or more 1.5 kW ASICs each, it becomes unsustainable to power both the home and the mining machines at the same time for small contracts.

Therefore, who for example lives in an apartment, will hardly be able to mine bitcoin in the house due to all the constraints above mentioned. That’s why cloud mining could be the only option.

What are the disadvantages of cloud mining?

The fact that you don’t have to configure anything and that you have to deal with a ready-made solution has a negative impact on your income, which is often quite low. A part of mining, in fact, is retained by the mining farm for expenses. In addition, over time, with the increase in the difficulty of extracting bitcoin or, as happened in the last 12 months, with the decline in the value of the currency, situations can arise where mining generates very little profit.

This is not such an extreme case. Just last summer, several cloud mining services were forced to interrupt various contracts and suspend their mining farms.

In addition to these exceptions, in general, cloud mining provides rather low revenues for those who want to convert their mined coins into fiats monthly. It is different for those who want to mine bitcoin in order to hold it as a future investment. In this case, however, it is perhaps better to buy bitcoin directly, considering also that over time the hashrate purchased at the mining farm will tend to extract fewer bitcoins.

2) A large number of scams

It is well known that in the cryptocurrency world, unfortunately, there are many fake fraudulent companies. This is partly due to the lack of regulation of the sector, and partly because once a bitcoin payment has been made it is impossible to cancel it.

The cloud mining industry has often been the focus of attention for several fraudulent platforms that sold fake mining contracts or did not pay their users. For this reason, those who are really interested in cloud mining must carry out a series of checks and inspections, as well as relying only on the best cloud mining platforms. Scams are often around the corner!

3) It favours the centralisation of the network

This point is more of an ethical issue related to those who really want to contribute to the cryptocurrency world rather than aiming for economic return only.

First of all, it should be remembered that mining bitcoin means contributing to the security of the network, by validating the transactions that will be inserted in the blocks.

Since the blockchain is trustless, meaning that there is no central body, in order to ensure that cases of double spending, spam attacks on the network, etc. do not occur, the miners take care of the security of the network by running the PoW consensus algorithm.

The probability of finding a block and then receiving a reward in BTC increases as your hashing power increases. This triggers a real competition between the various miners. For this reason, miners often come together (mining pools) to aggregate their hashrates and thus increase their chances of success.

If, however, a good part of the hashrate is concentrated in the hands of a single group: at least 51% of the total hashing power of the network, such an entity could carry out a dangerous 51% attack. It is a very remote possibility, but still possible.

Bitcoin and most of the other cryptocurrencies are designed to be decentralised, i.e. without a central body. It is clear that cloud mining favours the centralisation of mining in the hands of a few because the effective control of hashing power is in the hands of the farm manager, not the end user. This implies that the user will not be able to change pools for example, which is very possible for domestic miners and that several times has allowed communities to redistribute the hashrate of the network to avoid that a single pool had control of 51% of the network.

This is an ethical matter that has hardly any real repercussions. However, those who really want to support bitcoin, ethereum, monero or any other mineable cryptocurrency, should do so while maintaining adequate decentralisation. The same reasoning can be done with full nodes, but this is part of a separate chapter.

4) One is constrained to the mining of only some coins

Finally, a fairly important aspect concerns the coins that are mined. Cloud mining is usually limited to the most popular major currencies. This in itself is a good thing, as you will only mine proven and therefore reliable cryptocurrencies. However, it is often possible to make good profits by mining new coins at their debut, when the difficulty and spread is minimal.

Of course, it’s a risky choice, but it’s only possible for domestic miners who have direct control over the hardware. In order to mine particular coins (for example the newborn Grin), you need ad-hoc software to install and configure manually.

Previous article Violate a bitcoin wallet? It is easier to win 9 times in a row at Powerball
Next article MAST: a Bitcoin Improvement Proposal for privacy and scripts