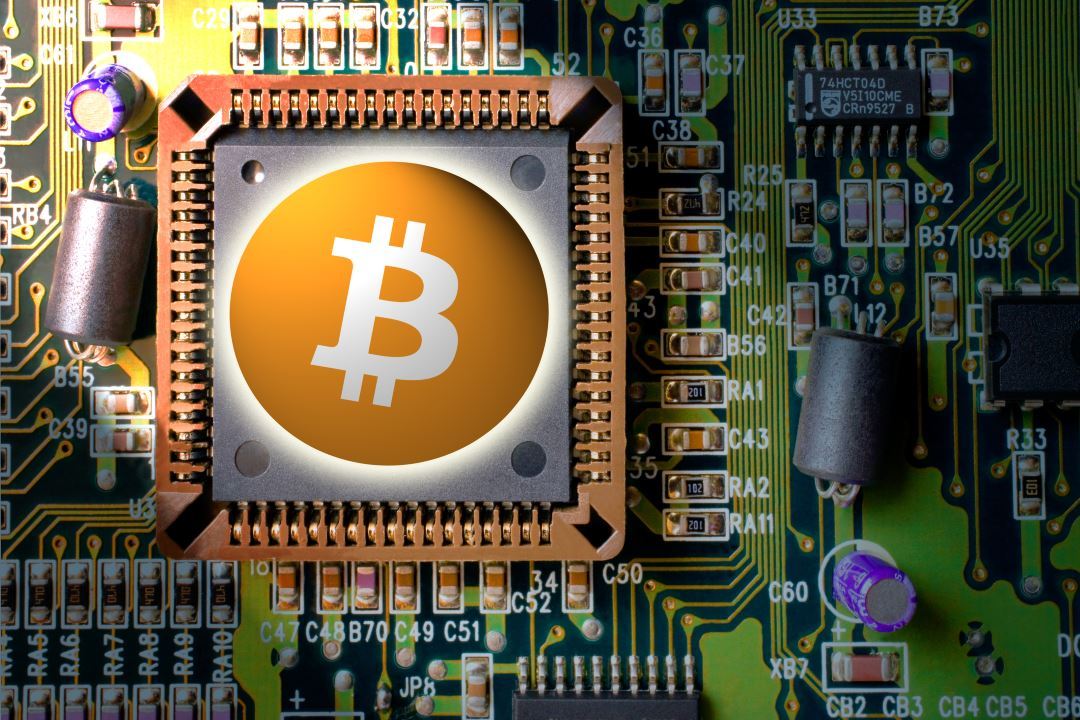 The previous period of bitcoin mining ended on 31 May, which led to a net increase in the difficulty of cryptocurrency mining. In recent months, in fact, the hashrate of the BTC network has undergone rather a constant growth, approaching the historical high.

With the increase in the hashrate triggered towards the end of 2018, the difficulty also started the climb again, touching the highest value ever recorded.

The previous peak, in fact, stood at 7,454 billion, while the new difficulty reached 7,459 billion, surpassing, albeit by a small margin, the historical record of last year.

Between the beginning of November and the end of December 2018, bitcoin had suffered a decline in the difficulty value close to -31%, going from 7,454 billion to just over 5 thousand billion. During 2019, therefore, the network has recovered almost entirely the hashrate and difficulties lost at the end of 2019.

Difficulties and hashrate at the highest levels

Looking at the graph of the hashrate trend it is possible to notice how despite the downward trend triggered by the price of bitcoin started already in the first part of 2018, the hashate of the BTC network has continued its rise, until at the same time of the great dump occurred in November 2018. 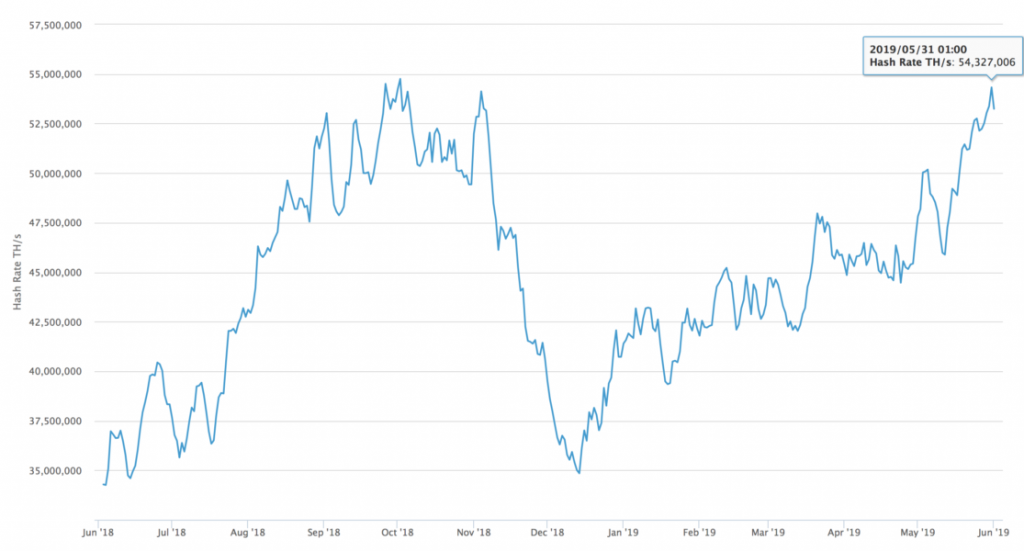 This shows that the threshold above which it is no longer profitable to mine bitcoins is between $3500 and $4000 dollars, given the sharp drop in November with the collapse below that price.

Obviously, this is a general estimate, as in some parts of the world this value is certainly much lower.

The recovery of the last six months, however, has not only been encouraged by BTC’s outstanding market value, but also by the new 7nm ASICs for bitcoin mining. In fact, the market only recovered at the beginning of April, while the hashrate already in the early months of 2019.

The possible reason is to be found in the new Antminer S15 and S17 made with 7 nanometers chips, which have allowed a drastic improvement in energy efficiency in mining, increasing the profits of the miners.

How the difficulty of bitcoin works

In bitcoin mining, the miners calculate cryptographic hashes on the block header. For each new hash, the mining software uses a random number called Nonce.

To make this process complicated, each miner has to find a hash smaller than a certain number. The difficulty, in fact, is a number that regulates the time it takes for the miners to extract the next block. On average this time is ten minutes.

The difficulty is adjusted every 2016 blocks. After this interval, each node performs a simple operation consisting of multiplying the theoretical time expected by the 2016 blocks (2016 x 10 minutes), fragmenting the product of the actual time by the 2016 blocks (eg 2016 x 8 minutes).

Each node will, therefore, use this number to set the new difficulty for the next 2016 blocks. The difficulty is adjusted approximately every two weeks in order to maintain the average extraction time as the network hashrate grows.