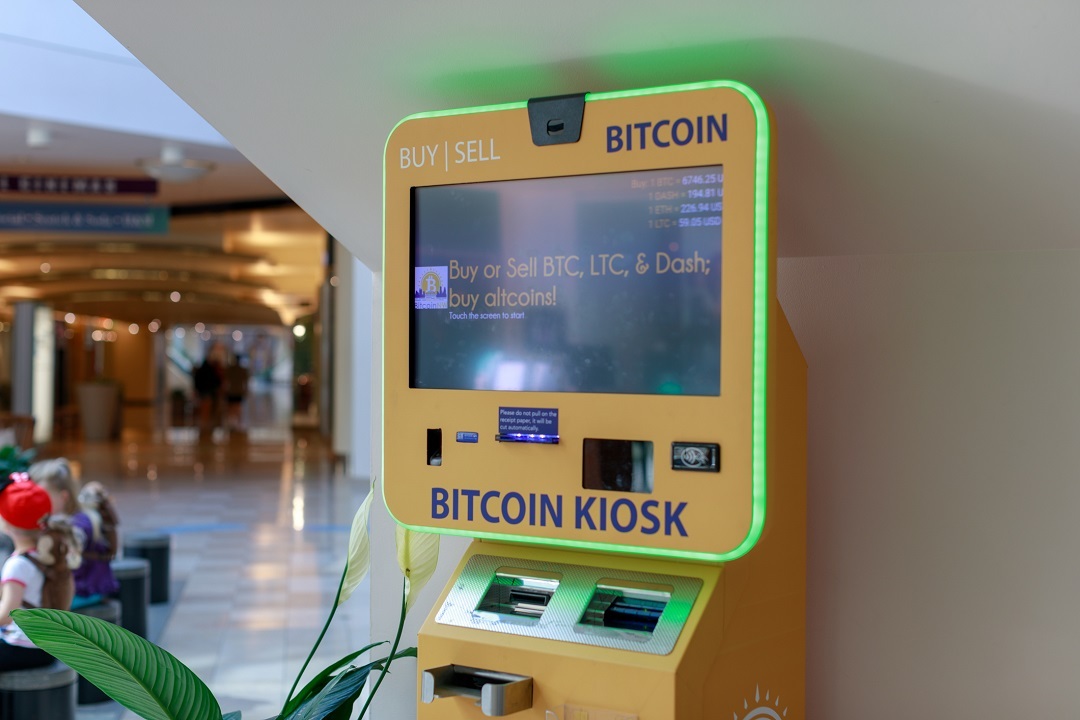 Bitcoin ATMs: more than 300 new installations in May

The number of bitcoin ATMs is constantly growing and in May alone 306 have been installed: this is a record in 2019. Considering that 79 machines have been removed, May registered a good growth (+227) in the number of teller machines worldwide. The record dates back to April 2018 when the difference between installed and removed ATMs was 256. 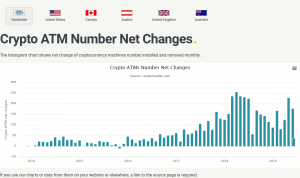 The growth in the number of these machines coincides with the major rise in BTC, which in recent months has returned to around $8,000 after having reached $9,000.

To date, there are 4938 bitcoin ATMs spread across 77 countries worldwide according to data collected by CoinATMradar. The largest number of machines are in the USA (3149), followed by Canada (693) and Austria (271). Italy ranks tenth with 42 ATMs, the city of Milan is at the top of the Italian ranking for the number of teller machines.

The negative aspect is that the fees are still high, often over 8/10 %.

Support for altcoins is growing 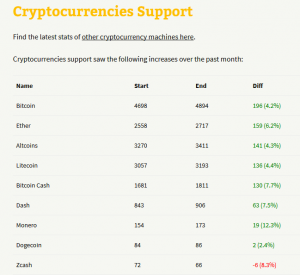 An increasing number of ATMs also support altcoins. The CoinATMradar monthly report shows that 69.7% of ATMs allow the purchase of other cryptocurrencies in addition to bitcoin. Ether is now available at 159 new branches (+6.22%), followed by Litecoin (available at 136 new ATMs, +4.45%) and Bitcoin Cash (available at 130 new ATMs, +7.73%).

ATMs: how do they work?

There are countless types of ATMs and from various manufacturers, the most noteworthy of which is the Italian Chainblock, which installed the first bitcoin vending machine in Italy in 2014. The basic principle, however, is that they all work in the same way; there are two ways of using them: buying or withdrawing.

With the buying option, it is necessary to insert fiat currency cash in the appropriate counter. The amount will be converted into the equivalent BTC and will be deposited on the wallet that was previously provided if the user already had one. Otherwise, a procedure will be initiated to create a new one.

With the withdraw option it is necessary to show the address of your wallet through the QR code reader on the machine and type the equivalent of bitcoin you want to sell and convert to fiat currency.

Want to spend your bitcoins? CoinMap offers an interactive map where it is possible to see all the businesses and shops that today accept BTC, many of which are in big cities.