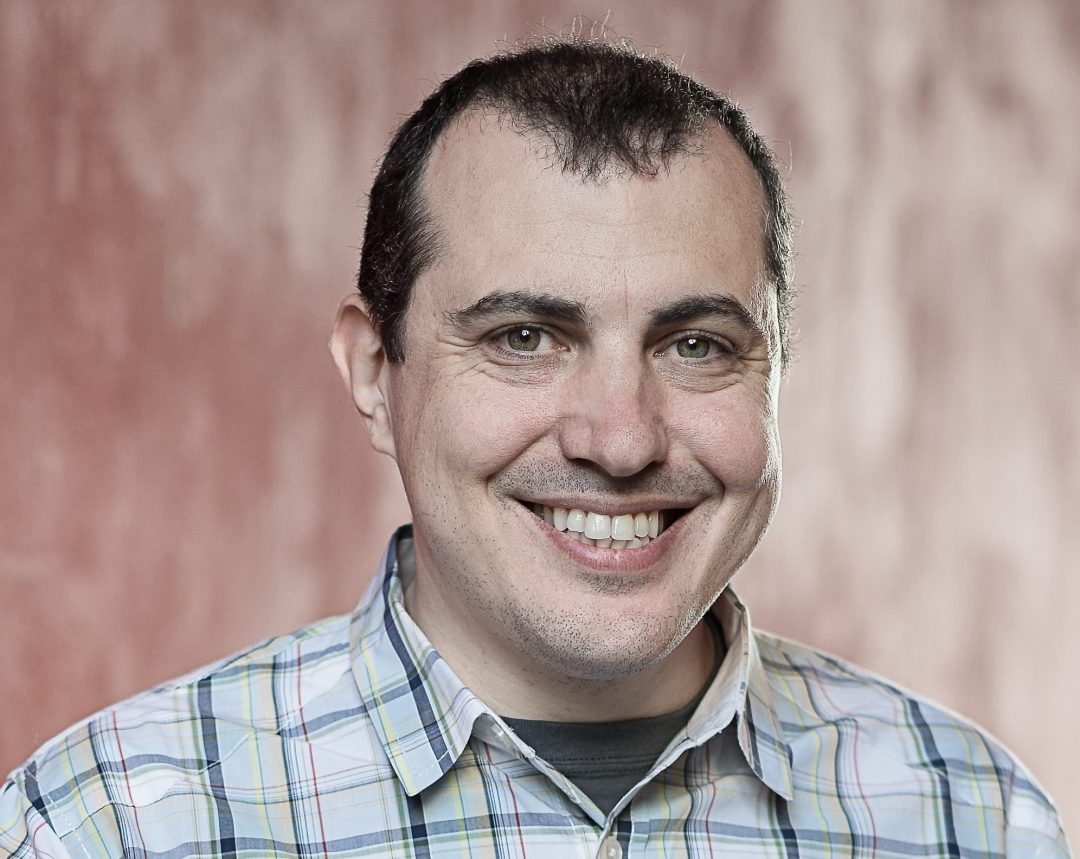 The Crypto Compare Summit that took place yesterday in London (June 12th, 2019) saw Andreas M. Antonopoulos as the main speaker who opened the event with a keynote of 30 minutes.

“We talk about financial inclusion but we don’t have any idea from our privilege and rich world,” said Antonopoulos pointing out that bitcoin and other cryptocurrencies are able to change the world in terms of giving new possibilities to underbanked people all over the world, “to be able to have a job, to build the future for your children”.

Because of that, according to Andreas, “They won’t be regulated because

they are regulated by algorithms and math. They give billions of people eventually not just a bank account in their pocket. They democratize the function of banking.

You can’t and you won’t regulate because 7 billion of people need it.”

After his speech, Cryptonomist had the chance to interview him about Bitcoin, Ethereum and stablecoins.

Can you share your opinion on decentralised exchanges and on why aren’t they being used that much?

Decentralised exchanges I think are a fantastic idea but they’re very difficult to execute, and they’re not used that much because people are not familiar with the concept, and also because many of the dangers of centralised exchanges are not obvious: you lose your privacy, you’re subject to surveillance, they can freeze your accounts. And if that hasn’t happened to you yet it appears that everything is working fine, when it happens to you, you start screaming at the exchange and everybody else says: “Hey you shouldn’t have been using an exchange like that in the first place”, as if there are other exchanges that don’t have those problems. So it’s very difficult to see the problems. Decentralised exchanges on the other hand, while they’re great, they’re trying to bridge centralised money with decentralised money and that becomes a problem. For a practical perspective: let’s say you want to get paid by someone in US dollars in order to give them bitcoin, great, the problem is the bitcoin transaction is final, cleared and immutable within 1 to 6 confirmations, and the US dollar transaction is never final, never cleared and never immutable, you can receive those dollars in your bank and 30 days later they can take them out and say: “Oh no, it was fraud”, and now you’ve lost the bitcoin and you didn’t get the dollars. One of my colleagues actually had their bank reverse a transaction that happened 18 months ago, and they were like: “No, you owe us the money”, you can’t do that right? Removing money from an account from a payment 18 months ago. So how do you bridge those two? The problem is you can’t have a trusted currency on one side and an impossible to trust currency on the other side, it doesn’t matter if someone deposits with a cheque, if they deposit with cash into your bank account, if they deposit with a credit card or other payments, all of those can be reversed. The only thing that isn’t reversible is cash, but you got to get the cash physically to the other person, and that cash sometimes might be fake, I’d been given fake cash for bitcoin and I mistakenly accepted it and learned the lesson, I learned that I couldn’t tell the difference between real cash and fake cash, it’s not as easy as you might think. So that’s why decentralised exchanges are difficult, that’s why decentralised exchanges are very very valuable and useful for crypto-to-crypto but not crypto-to-fiat.

What’s your opinion about stablecoins? Will they allow to reach mass adoption faster?

I don’t think volatility is as much of a problem as people think to the people who desperately need the freedom that cryptocurrencies give them, but I think it is a small problem, so I think stablecoins play a role. However, as with everything else crypto, you have to ask the important question, which is: is it decentralised? And if it isn’t decentralised then it has fundamental problems with counterparty risk, if you have a stablecoin that’s backed by let’s say US dollars reserves, and those US dollar reserves are held by a centralised custodian in a bank, the centralised custodian can run away with the money, the centralised custodian can take out loans against that money and effectively run fractional reserve banking, and also the centralised custodian’s bank can freeze, seize or take away the money, and you’re left with a token that has nothing behind it, which is a problem. If the same thing applies for asset-backed stablecoins, for example, gold-backed coins, great it’s fine if the gold is there but how do you know the gold is there, and how do you know it’s going to be there tomorrow? And if it is there, and there’s a “there” then that “there” can be raided by the government who can take away all the gold, we learned that because it happened with E-gold a decade before bitcoin, they seized the offices, they took all the gold, now you don’t have E-gold, you have E-nothing. So the stablecoins I’m most interested in are decentralised stablecoins that are backed by crypto reserves, the most famous one of which is Dai – MakerDAO but there are others emerging now, and each are trying different approaches to this mechanism. They still have risks, but they have different risk, they don’t have counterparty risks, they have software and software-vulnerability risks, and they have platform risk. So if there’s a bug in Ethereum that compromises the smart contract that the DAI is in, then that’s a problem. If there’s a bug in the DAI smart contract, that’s a problem. So we don’t know yet, but I think there’s a lot of interesting experiments happening.

What about Proof of Stake? I saw an interview with the founder of Cardano saying that it will allow a greater decentralisation compared to Bitcoin’s Proof of Work?

I think that all of the opinions and research being done in Proof of Stake need to be proved in the marketplace with production networks at very large scale. So far what we’ve seen is, we’ve seen a lot of Proof of Stake systems suffer from governance problems. A good example of that has been Delegated Proof of Stake systems where the number of validators is very small, where a voter apathy leads to centralisation, not decentralisation, and where eventually you get the classic problems of lobbying, collusion, corruption and fraud by the validators. Proof of Stake is actually older than Proof of Work, and Proof of Work was invented in order to solve the problems that Proof of Stake had, now that doesn’t mean we can’t do Proof of Stake, it just means that we haven’t yet done Proof of Stake at the scale of Proof of Work. So I wish all the best to those who are trying, the world will be a better place if we have more consensus algorithms that work at scale and give us security and decentralisation, this is not about how we get there, it’s about getting there, and if they have a better idea to get there, I’m going to buy them a beer and thank them for their efforts and use the systems that they’ve built. However, until they can prove it in the marketplace, it’s just an opinion.

What about the future of Ethereum and their issues with scalability?

So Ethereum has bigger challenges with scalability than other cryptocurrencies because what it’s doing imposes bigger demands on scalability because you have to keep the state of all these smart contracts. What that’s done also however is, it’s created the right incentives for all of those who are working on scalability solutions in Ethereum that don’t exist in the same way in other cryptocurrencies. They have a lot of interesting research coming out on scalability, and that research will benefit everybody in the space. The ironic thing is that it will benefit everyone in the space whether it succeeds or fails. Failure would, in fact, teach us just as much as success, we’ll learn some useful lessons. Again, there’s not one way to these things, in fact, until recently there were zero ways to do these things and now we have one and soon we’ll have two and three and four and we learn from all of these ways. I don’t know where Ethereum is going and I don’t know if Ethereum will be successful or not in this experiment, I do know and I do think strongly that the technology of smart contracts and the ability to program with the amount of flexibility that a virtual machine gives you, has certain very useful applications, and  I don’t think we can do those same applications with bitcoin, nor do we want to, because that flexibility comes at a security cost. So I’d like to see this experiment move forward and I’d like to see what we can learn from it, but I can’t predict the success or failure of any system, I can tell you that I have more certainty in a system that has existed without interruption for 10 years than I do for a system that has existed without interruption for five years, but you know, the future will tell.

I don’t think the two are exclusive of each other, quite the opposite, I think in fact that traditional systems that provide good store of value often become very strong medium of exchange, and systems that don’t provide good store of value may be used as a medium of exchange but they come at a price, and that price is that they lose value all the time. Sometimes the two exist together, sometimes they don’t, but at the same time I don’t think we can design systems to be one thing vs another, I think in the end the market decides, we can make things better to operate as medium of exchange, and make them better to operate as store of value but we can’t determine that, the market will decide on that, and I don’t think that story has been told yet, we’ll find out. I don’t think we can actually succeed unless bitcoin is also a store of value, so we can’t sacrifice the store of value in order to gain the medium of exchange, because then we end up with a currency that loses value all the time which is one of the reasons that we have poverty in places around the world. And I don’t necessarily know that we can find all of the solutions in bitcoin, we might actually need several different blockchains to work together, which is why I’m interested a lot in layer 2 solutions that can connect blockchains to each other. Maybe we end up in a world where you use more than one currency for different purposes, a different currency for medium of exchange, a different currency for store of value, and you exchange one for the other, or rather your wallet automatically exchanges one for another whenever it needs to very very quickly and very very cheaply. That solves the problem too, I don’t know which way we’re going, we’ll have to wait to find out.