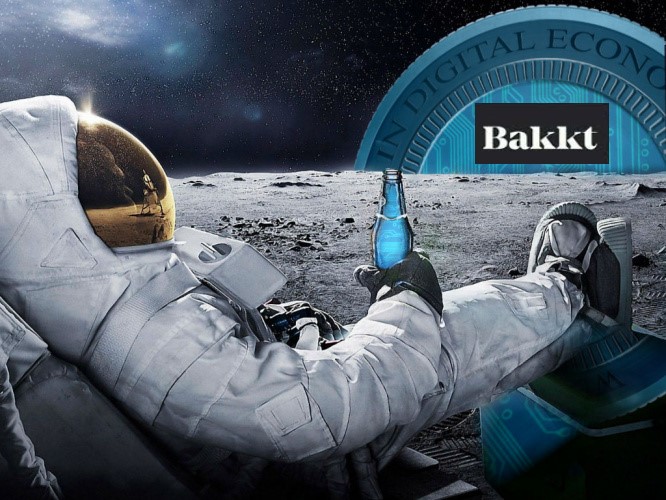 This was officially announced on the company’s blog, with a post recalling that two days earlier, on July 20th, 2019, there will be the 50th anniversary of the astronaut moon landing of the Apollo 11 mission.

The post of Adam White, COO of Bakkt, recalls the “moonshot bet ” of President John F. Kennedy, who promised that the US would bring a man on the surface of the satellite, and then bring him back safely to Earth.

This bet was won on July 20th, 1969, fifty years ago, and according to Jeff Sprecher, President and CEO of the Intercontinental Exchange (ICE), the company that owns Bakkt and the New York Stock Exchange, ICE’s investment in Bakkt would also be “a bit of a moonshot bet“.

Adam White comments on the start of the Bakkt tests saying:

“This is no small step. This launch will usher in a new standard for accessing crypto markets. Compared to other markets, institutional participation in crypto remains constrained due to limitations like market infrastructure and regulatory certainty. This results in lower trading volumes, liquidity, and price transparency than more established markets like ICE’s Brent Crude futures contract, which has earned global trust in setting the world’s price of crude oil”.

The company’s goal is to support the development of a reliable infrastructure for secure transactions in the new digital resources market.

“Just as engineers in the 1960’s identified problems in planning a spacecraft’s lunar trajectory, we are working to meet today’s identifiable market risks with problem-solving solutions”.

These solutions are neither easy nor fast to develop and have considerable costs.

Bakkt’s futures contracts will have a minimum price fluctuation of $2.50 per bitcoin, with each contract containing 1 BTC. Transactions will be executed at $0.01 per bitcoin, with a price cycle that can last up to 12 months, for the monthly contract.

The final regulations will be concluded at the Bakkt Warehouse.

The date of the definitive market launch is not yet known.