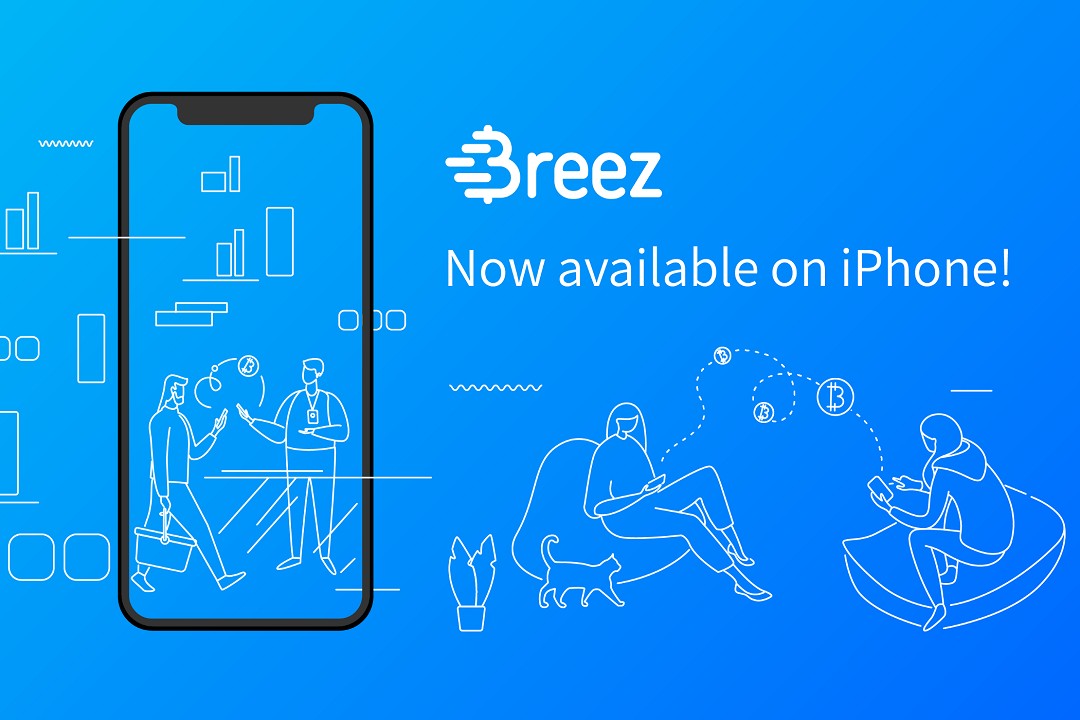 Breez, a payment management platform based on bitcoin’s Lightning Network technology, is launching its app service on iOS as well.

The company’s mission is to encourage the adoption of bitcoin allowing to spend the cryptocurrency in an easy and fast way without the use of intermediaries.

As confirmed by the company’s official announcement, this is the first service based on Neutrino, a well-known Lightning Network client.

The developers have solved the problem of how to dispute purchases and claim refunds.

“The service is suitable for every kind of purchase right down to a cup of coffee or paying back a friend”.

When a user installs the app it automatically opens a communication channel with the Breez hub which is in turn connected to several Lightning Network nodes. This mechanism allows users to exchange money with anyone in the network.

The app, still in beta, is also available for Android and can be downloaded from the Play Store. Several hundred people are already trying it out. As for iOS, the app was launched on TestFlight, Apple‘s platform for apps in beta.

The company also received a $500,000 grant from Recruit Strategic Partners and Fulgur Ventures. Nishal Ratanji, a spokesman for the company, said that this investment is a confirmation of the fact that there are those who strongly believe in the corporate vision that consists in encouraging the so-called Lightning Economy, where transactions take place without intermediaries (banks, credit cards, etc …).

The money will be used to continue the development of the application that is currently at an advanced stage of testing.

Previous article Binance launches the BTCB token anchored to bitcoin
Next article SEC: "Bitcoin (BTC) ETFs will be approved if there are some changes"

How to list an SLP token
Bitcoin Mixers: Centralized Vs. Decentralized Mixers