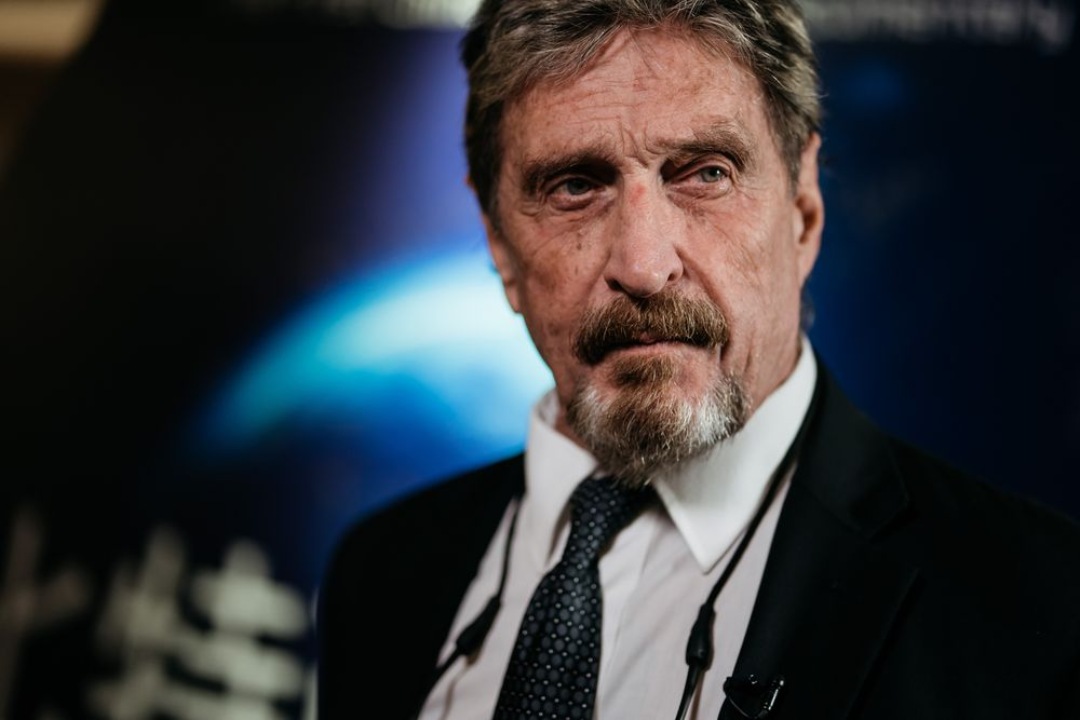 John McAfee’s body double would have been poisoned during the Blockchain Cruise event.

McAfee himself revealed this in a tweet in which he stated that the CIA was trying to silence him.

The CIA tries to silence me. I escape. One of my many body doubles disapears on the way to do a keynote as me. He wakes up 11 days later with no memory. Hospital says he was poisoned wake up America! pic.twitter.com/Jne7vNj2aX

McAfee has been in exile for some time and is fleeing from the American law enforcement agencies that are hunting him down. He uses several body doubles and one of them had disappeared.

Jay Pizzle seems to have been poisoned and woke up 11 days later with no memory of what had happened.

McAfee explicitly accuses the CIA of having poisoned him, sharing a video by Pizzle himself in which he shows that he is in a hospital bed, heavily sedated.

In another tweet, McAfee explained that Pizzle was with him for the keynote he held during the Blockchain Cruise event two weeks ago and that he just woke up.

“Our government is a monster. They are trying to silence me.”

For now, there are no other details, but given the adventurous life of John McAfee, this episode does not seem so absurd.

In 2016 there’s was also a movie entitled “Gringo: The Dangerous Life of John McAfee“, which recounted the bizarre adventures experienced by the creator of the famous antivirus during his time living in Belize.

In April 2012, the national police raided the estate of McAfee, suspected of being involved in drug trafficking. That same year his neighbour, Greg Faull, was murdered and McAfee was forced to hide before fleeing to Guatemala. The film suggests that McAfee was involved in the murder because of a feud that broke out between him and Faull, although he was never charged with any crime in Belize.

Since he fled the US once again, due to problems with the American tax authorities, he’s been living on the run constantly, and so it’s no wonder that he uses body doubles as well.