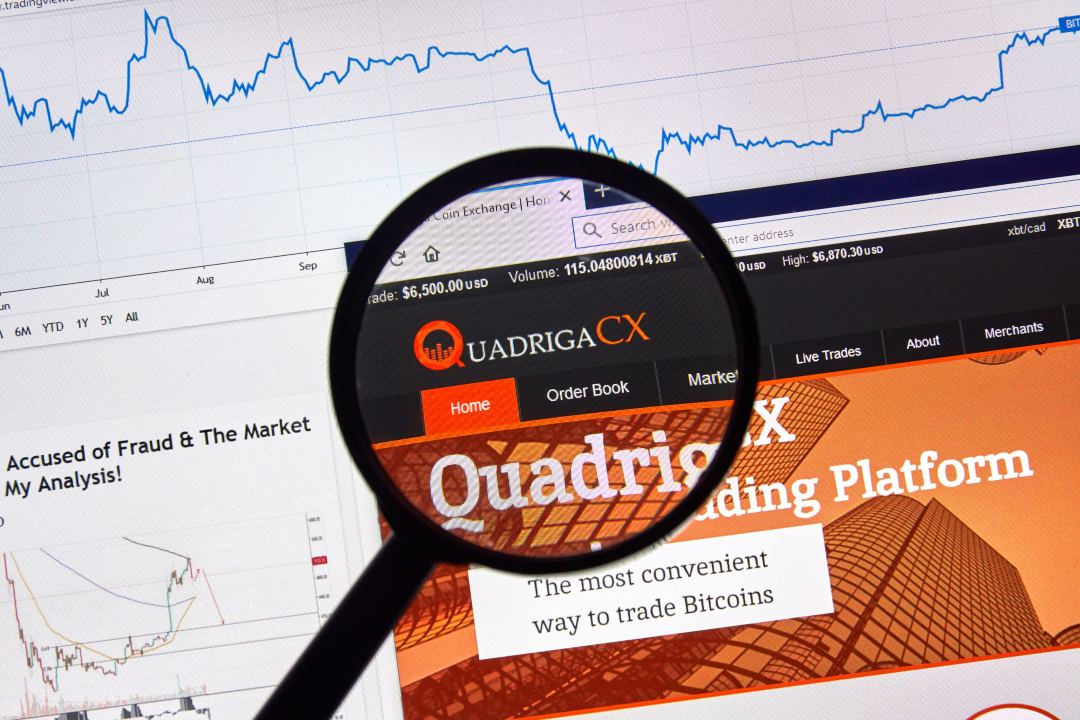 Report: developments on the QuadrigaCX funds

Yesterday a new report was published on QuadrigaCX funds, the Canadian exchange that, following the death of CEO Gerald Cotten, had to close its doors because the exchange funds were protected by passwords that only the CEO knew.

This at least is what had emerged from an initial investigation of the incident but, examining the issue in more detail, it was discovered that the exchange, and therefore the CEO, did not use the funds of the users to ensure the withdrawals, but to trade on the platform itself in order to inflate fees and volumes.

This has been revealed by a report released yesterday by Ernst & Young, the company that is handling the case. The company discovered 14 fake accounts owned by QuadrigaCX.

“No accounting records have been identified by the Monitor and there appears to have been no segregation of assets between Quadriga Funds and User Funds. Funds received from and held by Quadriga on behalf of Users appear to have been used by Quadriga for a number of purposes other than to fund User withdrawals. With its available infrastructure, Quadriga does not appear to have visibility into its profitability, if any; Mr. Cotten created Identified Accounts under aliases where it appears that Unsupported Deposits were deposited and used to trade within the platform resulting in inflated revenue figures, artificial trade with Users and ultimately the withdrawal of cryptocurrency deposited by users; and Substantial Funds were transferred to Mr. Cotten personally and other related parties. The Monitor has not located any support justifying these transfers”.

With this kind of stratagem, the CEO would have then used this account to move incredible amounts of fiat and crypto over the years, until December 2018, the month of his death, to direct them to different accounts and not traceable to him.

“The monitor analyzed the detailed transaction withdrawal history from the Chris Markay Account consisting of more than 2,500 transactions. A significant number of these withdrawals appeared to have been sent to wallet addresses linked to the three competitor exchanges described earlier”.

In addition, Ernst & Young identified an exchange account used by the CEO of QuadrigaCX to perform margin trading: here Mr Cotten would have made 67 thousand transactions with DASH, OMG, ZEC and DOGE, precisely because these cryptocurrencies were not listed on the QuadrigaCX platform.

It should be noted that all the assets accumulated by the Cotten family amount to about 12 million Canadian dollars and only 33 million of the 180 funds lost by the exchange have been recovered, leaving over 76,000 users with a miserable hope of being reimbursed.

Interesting facts about the personalities of cryptocurrency holders