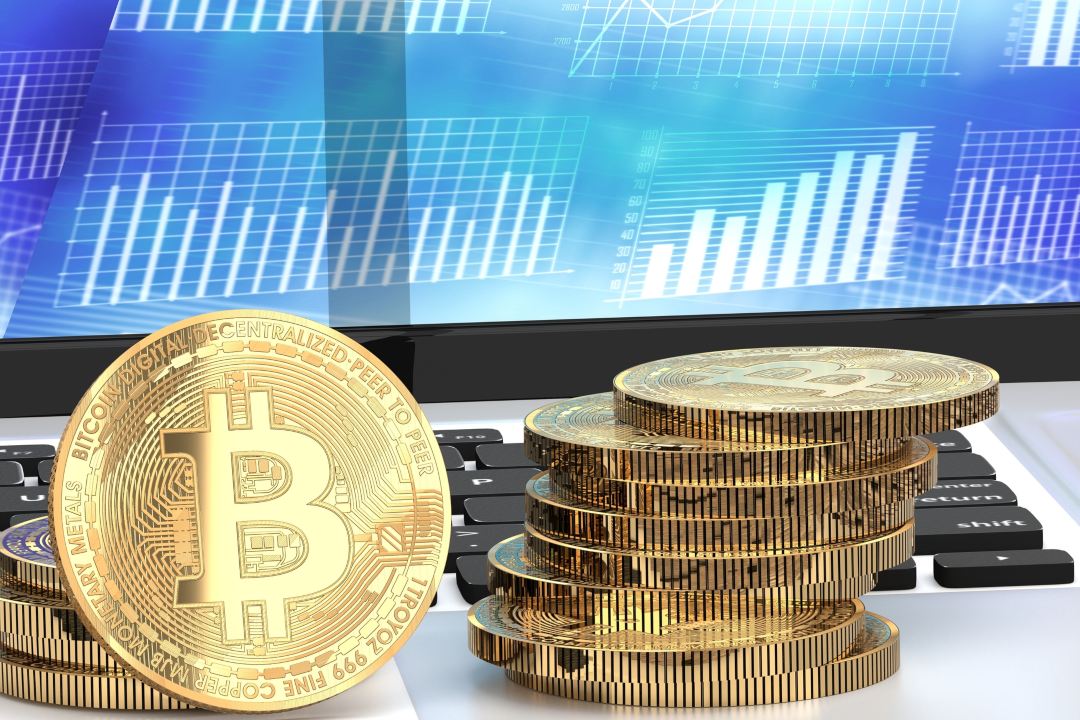 As for the day, more than 60% of cryptocurrencies move in positive territory. Among the first 20 only a red sign emerges, which is that of the LEO token, currently falling by 4% and trying to consolidate itself in the 1.80 dollar area, after having touched the 2 dollar threshold in recent days.

Among the major increases of the day, Ethereum stands out again with a rise of more than 8%, updating its records of 2019 by rising above $290 and attacking the psychological threshold of $300.

Among the top 100, the best rise is that of Egretia (EGT), which climbs positions and reaches the 73rd position, exceeding the market share of 100 million dollars and scoring a daily rise of more than 30%.

Worthy of mention is the 7% increase of Bitcoin Cash, which tests the $440 threshold. Monero follows at a short distance with a rise that is close to 7%, setting a new record at 110 dollars, a level that Monero had abandoned in early August 2018.

Binance’s token, BNB, has achieved an all-time high of $38 for the first time. In contrast, in addition to LEO, Walton Chain (WTC) is one of the most notable declines, falling by 8%.

Market capitalisation exceeds $300 billion, a level it had abandoned at the end of July 2018. It’s a market that definitely puts the Bear season behind it.

Bitcoin’s strength is particularly evident considering the fact that it is once again attacking the 60% dominance it had reached last May 13th, a level previously abandoned a year and a half ago, in December 2017. It is a very important signal and it will be decisive to observe what will happen in the coming hours and over the weekend.

Ethereum’s rise brings it back to 10.20% dominance. Despite today’s rise, Ripple continues to lose market share, falling to 6.2%.

The rise in today’s price brings bitcoin to new yearly maximums close to $9,850. BTC is putting behind it the hypothesis of a probable head and shoulders that was feared until last weekend. This further bullish extension attracts attention toward the psychological threshold of 10,000 dollars.

With today’s rise, bitcoin scored, with respect to the lows of June 10th, a further extension of 30%, which, added to what was the rise since last March, comes to exceed 130%, showing that in just over two months bitcoin has doubled its value, or even tripled if the minimums of mid-December 2018 are taken as a reference.

The current bullish phase is being strengthened and consolidated. To find countertrend signals, it would be necessary to go down by 15% from the current prices, below the 8,000 dollars area, where a dynamic trendline now passes that takes as reference the relative lows of the beginning of May. 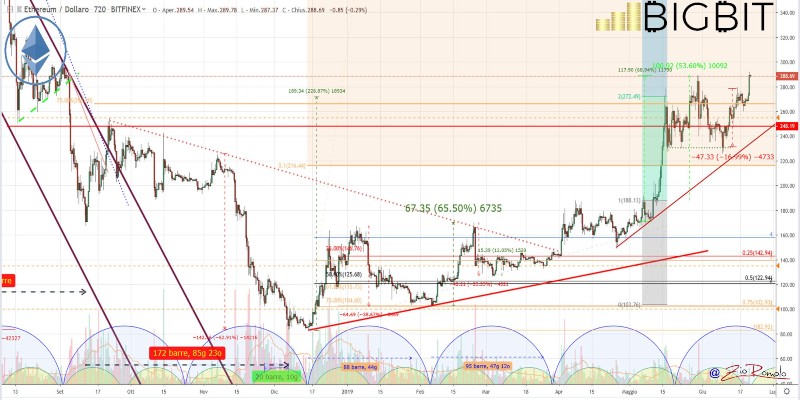 The lengthening of these last minutes sweeps away the hypothesis of the bearish head and shoulders developed in recent days. Ethereum is one step away from $300 quota, levels abandoned in September 2018. The upward trend for ETH is also being strengthened and consolidated. A first sign of weakness would come only with a dive that would bring prices back to the levels of the last days in the $260 area.

There are bullish opportunities for Ethereum: 300 dollars is the psychological threshold, the technical resistance is set at 315-317 dollars, levels abandoned in August 2018.