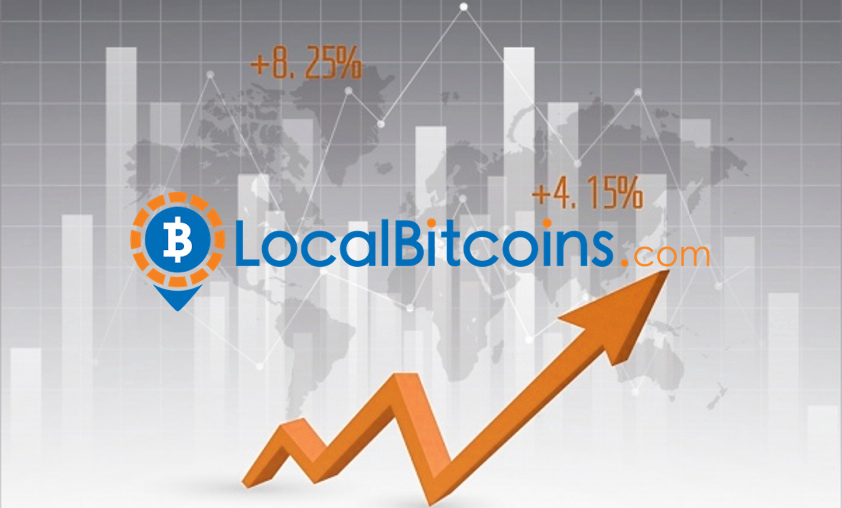 According to CoinDance, the weekly chart of LocalBitcoins revealed that the Russian rouble has shown very positive results and constant volume growth since the beginning of the year.

The P2P LocalBitcoins trading platform has recently removed the possibility of exchanging cash to comply with anti-money laundering (AML), anti-terrorism (CTF) and other regulations such as the one that led them to close down their operations in Iran.

The Finnish exchange was forced to increase its controls after it ended up on the radar of the Financial Supervisory Authority [FSA]. However, the trading volumes are still sustained and record levels are being achieved in Russia and South America, for example.

The first week of June saw a slight decline with 1104 million rubles traded against 1178 in the last week of May. The last two weeks of June, however, saw the volume rise to almost the annual record of May 2019 (1216 million).

We are still a little far from the absolute record of December 2017, when 1734 million RUB were traded in a single week. However, if the market remains positive, we can soon be talking about a new historical high. According to these data, Russia is a market that is about to explode.

LocalBitcoins is also doing very well in South America, where weekly volumes are growing steadily in Colombia, Venezuela, Peru, Chile and Argentina. Buenos Aires at the end of 2017, the period in which bitcoin recorded its ATH, was marking 5.7 million pesos traded. During the last week of June 2019, volumes reached 10.5 million. The situation is similar in Colombia.

These countries are experiencing significant increases in demand for BTC, probably due to a rate of inflation that makes local currencies a not particularly good store of value.