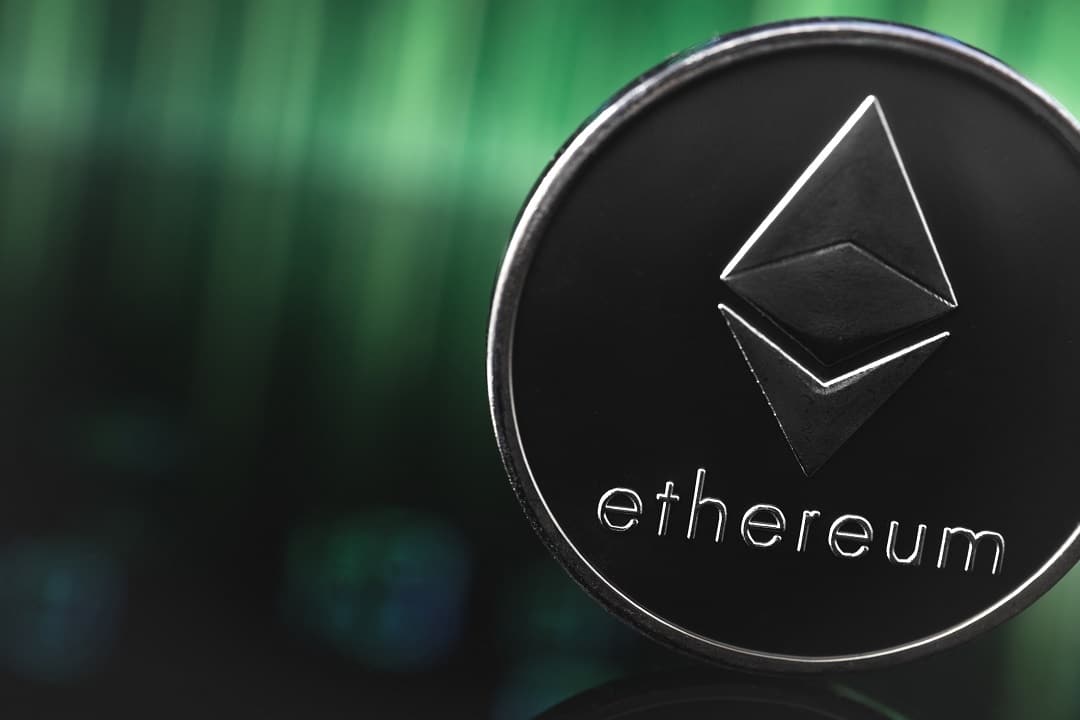 The Ethereum (ETH) network is growing considerably in many ways. The developers are working on Ethereum 2.0, which is scheduled for launch in January 2020. On January 3rd there will be the launch of the “Phase Zero” of Ethereum 2.0 which provides for the introduction of Proof-of-Stake (PoS).

In the meantime, however, the network’s statistics are showing very positive signs. At the beginning of June, 65 million unique addresses were exceeded and to date, there are almost 70 million. The number of addresses created every day is increasing: in the last 30 days, on average, more than 100,000 new addresses have been created every 24 hours. 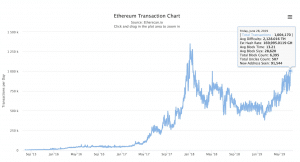 A very interesting statistic is the number of transactions. The network has exceeded one million transactions in 24 hours, such a high number was not seen since the boom in late 2017 when 1 ETH was worth over $800.

Transactions could soon be anonymous thanks to the minimal mixer, a new solution that developers are working on to anonymise transactions in order to improve the privacy of the network.

In the case of the price following closely the transaction chart as it happened in the past, 1 ETH should be worth about $800 to $900. Is a rapid recovery in sight? 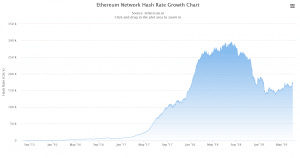 The hashrate has also been growing sharply for a couple of months, thanks to the rise in price, and is higher than in December 2017 but still far from the records of 2018. In recent days it has settled around 175000 GH/s. The number of active addresses has risen to the levels of December 2017 but even in this case, the price is far from the records of 2018. 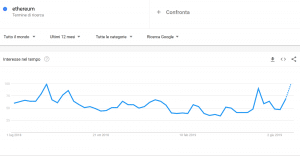 Another sign that confirms the growth of interest in Ethereum is the trend of searches on Google, which is clearly growing compared to the trend of the last 12 months.

Previous article Facebook, where's the Libra Association? The project is only in its infancy
Next article Waltonchain: an upgrade after the hacker attack