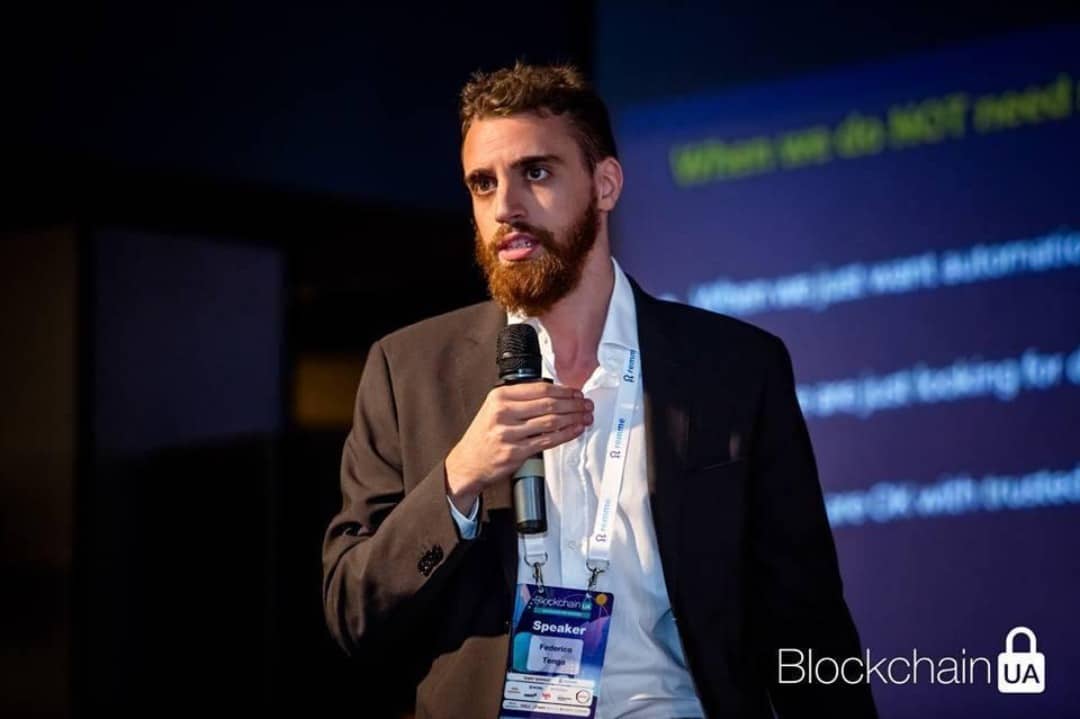 Federico Tenga: “Only Bitcoin will survive”

Federico Tenga is the co-founder of Chainside, a payment processor company that helps businesses to accept bitcoin payments. One of the most notable activity in this direction was to help taxis in Italy to accept cryptocurrencies thanks to a recent partnership with itTaxi, the largest Italian network of taxi drivers.

Tenga is also a member of the 30 blockchain experts selected by the Italian MiSE (Ministero dello Sviluppo Economico) and member of the Blockchain Education Network Italia.

During the Blockchain Week Rome, Cryptonomist had the opportunity to interview him to talk about his maximalist vision of Bitcoin. 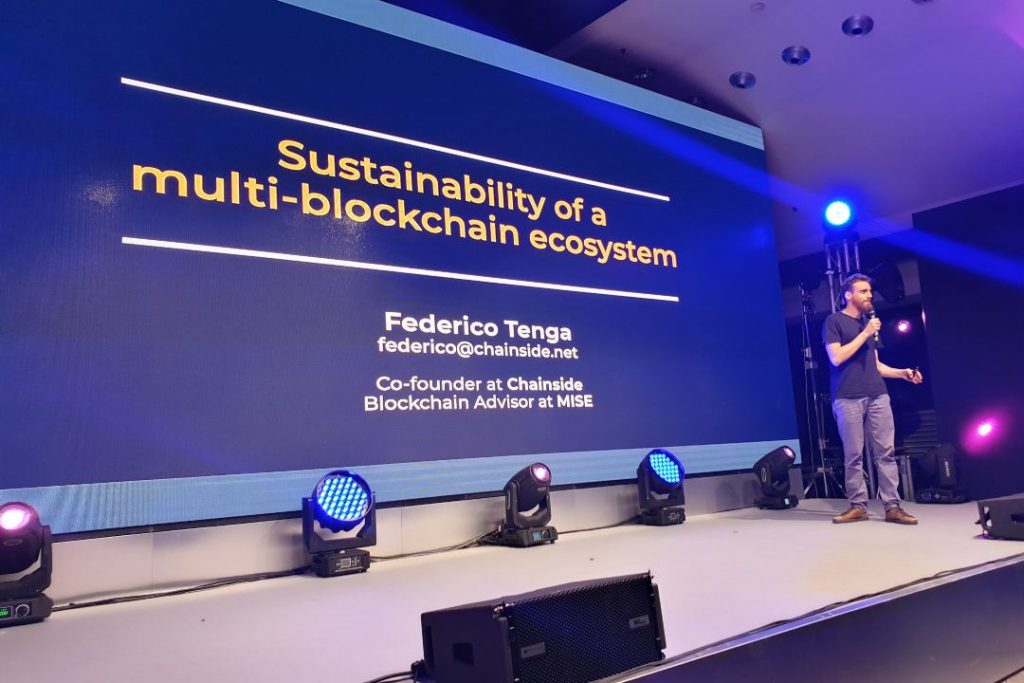 During your speech at the Blockchain Week you talked about the idea that in the long term you expect most blockchains to become unsustainable. Can you elaborate a bit on your vision?

Currently even if Bitcoin has a significant dominance over the other cryptocurrencies in terms of value and users attracted, multiple blockchains still exist and often market themselves as application specific networks.

For example, Monero is supposed to be the chain of choice for those looking for privacy and Ethereum the one for dApps. While it would be great to have different protocols to serve different purposes, there are some major issues that may jeopardise in the long term sustainability of many blockchains.

First, for the users supporting multiple chains can easily become very expensive as the data that needs to be validated increases, meaning that as the ecosystem grows, less and less blockchain networks will be able to be fully audited in parallel by consumer grade hardware. Since trustlessness is the main value proposition of cryptocurrencies, without ability of self-auditing a ledger, the blockchain loses most of its utility making it harder to keep attracting users and capitals.

Second, to this day all the existing public blockchains require a native coin to handle the incentives needed for security, but the utility of money is maximised when there is only one currency, and multiple competing coins serving different niches wouldn’t be super convenient for the normal user outside the crypto nerd eco chamber, making the long term existence of many coins hard to sustain. Last but not least, multiple blockchains tend to offer slightly different, but very similar, security-performances trade-offs, creating a risk for intensive cannibalization.

The only exception in this case would be Bitcoin, as it is focused on maximising security over performances, making it the natural choice for everyone that sees the security of the protocol as the number one priority. For these reasons, I expect that in the long term very few (and probably only one) public blockchains will continue to exist.

Bitcoin is currently seen more as a store of value (SoV) than a medium of exchange (MoE) also due to the cost of transactions. How do you see the future of bitcoin payments?

I think it is normal for any naturally emerging monetary asset to start being used first as a SoV, and then only when enough people already own it can become an effective medium of exchange. Since Bitcoin core value proposition is the fact the no third parties can interfere in any way in the financial life of its user, I believe it is important that Bitcoin keep focusing on prioritising security over low transactions costs, as without security it cannot become a widespread SoV, and without SoV qualities it’s impossible to get to the medium of exchange phase. This of course does not apply to fiat currencies that rely on government enforcement to stay in circulation.

Another concern about Bitcoin is often its very weak privacy. How do you think this issue will be addressed and do you believe privacy coins like Monero have a role to enable private payments?

I believe that the only way to solve privacy on Bitcoin, or any transaction networks, is to make privacy cheaper than the alternative. Solutions like Monero tend to be used only by people that are extremely concerned with privacy, which put all of their users in the cluster of those that have “something to hide”. Only when everybody uses a confidential system it is possible to achieve real individual privacy, and hopefully this will happen on Bitcoin in a not too distant future when signature aggregation schemes can make coin mixing mechanisms cheaper than normal transactions.

So recently Facebook announced the launch of Libra which has the ambition to become a global currency. How do you see it?

I think that Libra would be great for Bitcoin for two main reasons: it can make masses get used to a technology that is similar to Bitcoin on a user friendly centralised platform, making therefore future adoption of a decentralised system like Bitcoin easier, and it will bring back to mainstream audience the idea that money is not supposed to be a government monopoly, but it can be also be private. However, I am not sure that it will be successful as it will probably face a lot of regulatory opposition and it may even fail to convince its user base to adopt Libra. When moving to a different industry, it is not easy to convert the existing users, we all remember what happened when Google tried to convince its massive user base to use its new social network

Previous article Commodity Channel Index (CCI): one of the most important indicators
Next article South Korea joins the series of Traders Fair events 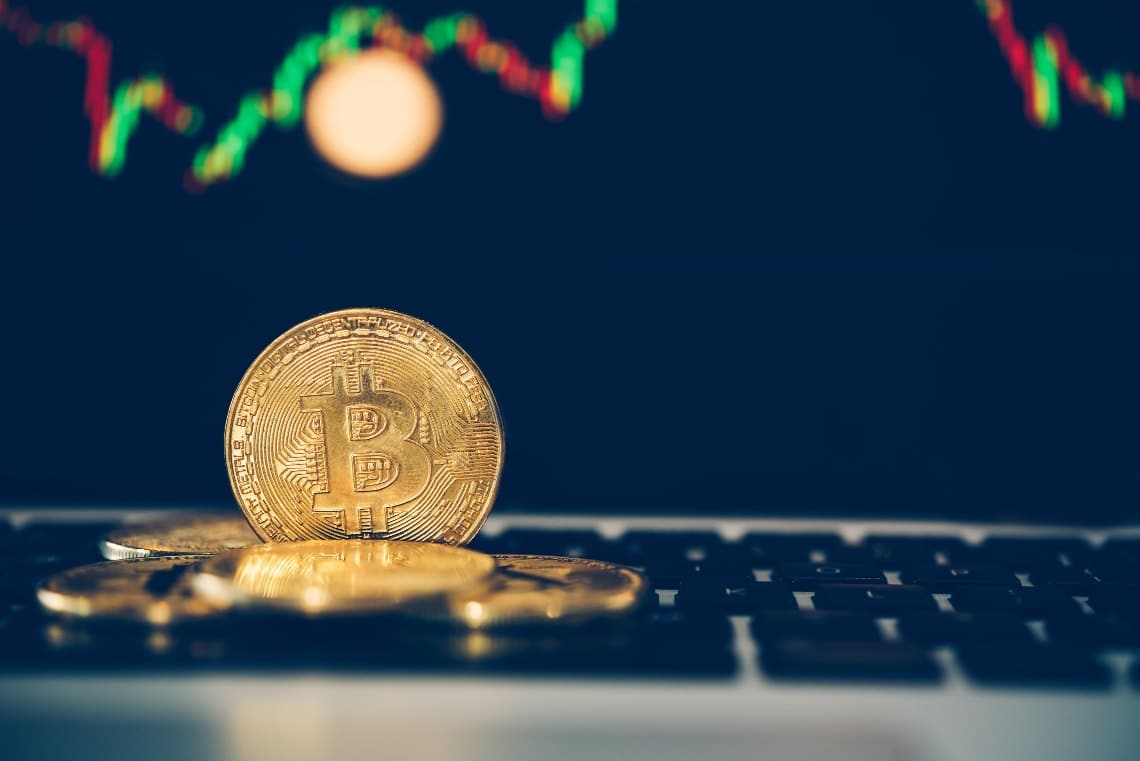 Expiry of bitcoin options: why volatility is not taken for granted