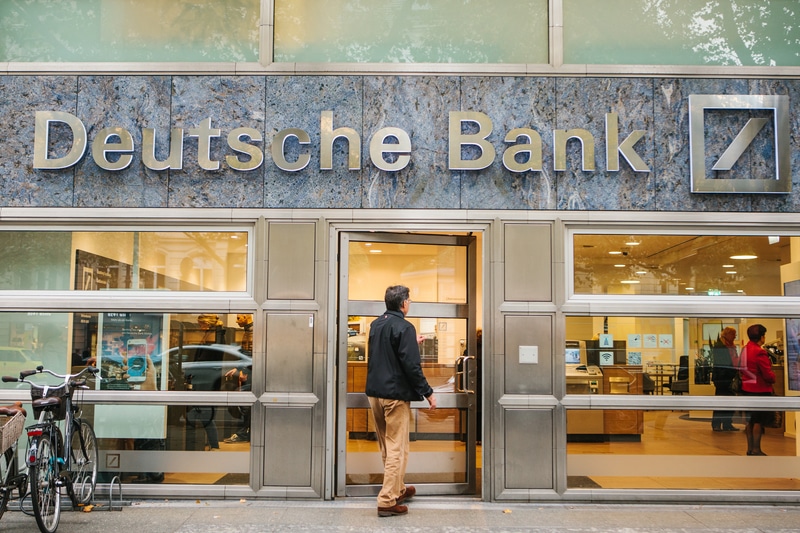 According to Deutsche Bank, crypto could replace fiat currencies by 2030. This is what we read in a report published by Deutsche Bank Research, entitled “Imagine 2030”.

This report presents 24 countercurrent ideas on how the ‘20s of the 21st century could evolve.

The aim is to be prepared for the unexpected as well, since, as the report states, the ‘10s taught us that the trends of the previous decade are not indicative for the following decade.

The first chapter of the study, by DB analyst Jim Reid, is explicitly entitled “The end of fiat money?“ and reveals that the forces currently holding the fiat monetary system together seem fragile.

According to this study, in the next decade some of these forces could trigger the demand for alternative currencies, from gold to cryptocurrencies.

Reid, emphasizing that fiat money has a value based solely on trust, argues that fiat money systems are inherently unstable and prone to high inflation. In fact, from a political point of view it is too tempting to create money from nothing and the fact that the current fiat system has survived so long is due to a fortuitous set of forces that have created disinflationary forces to compensate for this trend.

On the contrary, remembering that at the end of the 1970s some even feared that the battle against inflation would be lost, he believes that a real miracle has happened since then, with inflation starting a structural decline that lasted 40 years and is still going on today.

However, this situation may not last for Reid, mainly because of the reversal of labour costs. Governments may be forced to change central bank mandates to allow them to create more inflation, or to reduce their independence, and this could lead to a new escalation of inflation itself, due to some kind of chain reaction.

In this scenario, Ried explicitly mentions bitcoin as a possible alternative.

The seventeenth chapter of the report, by Marion Laboure, is also explicitly titled “Cryptocurrencies: the 21st century cash“, and reveals that if until now cryptocurrencies have been added to, and not replaced by, fiat money, in the next decade this could change.

If they succeed in overcoming regulatory obstacles, their potential will increase, so much so that they may even replace fiat currencies.

In this case, the elimination of physical cash would be the dynamic, already underway, that could guide this turn.

Laboure points out that there is a kind of back-front of the two most populous countries in the world, China and India, with regard to their negative attitude towards cryptocurrencies. Laboure wonders what would happen if these two countries became crypto-friendly, so much so that, for example, with possible government support it would be likely that the Chinese would move quickly to adopt digital currencies.

Finally, he concludes that it would not be surprising if a new cryptocurrency unexpectedly emerged, and wonders which country will be the first to benefit from it. He then argues that the boundary between cryptocurrencies and traditional financial institutions could become blurred.

Although these are ideas that have been defined from the beginning unconventional, they do not seem particularly risky. That is to say, they are certainly unconventional, since they come from the traditional financial system, but are instead quite in line with what is often believed in the crypto sector.

It should not be forgotten that in Germany there seems to be a real opening of the banking sector towards cryptocurrencies.

Previous article Zcash: Community Polling results
Next article “The Bitcoin Man” as advisor to a blockchain for precious metals