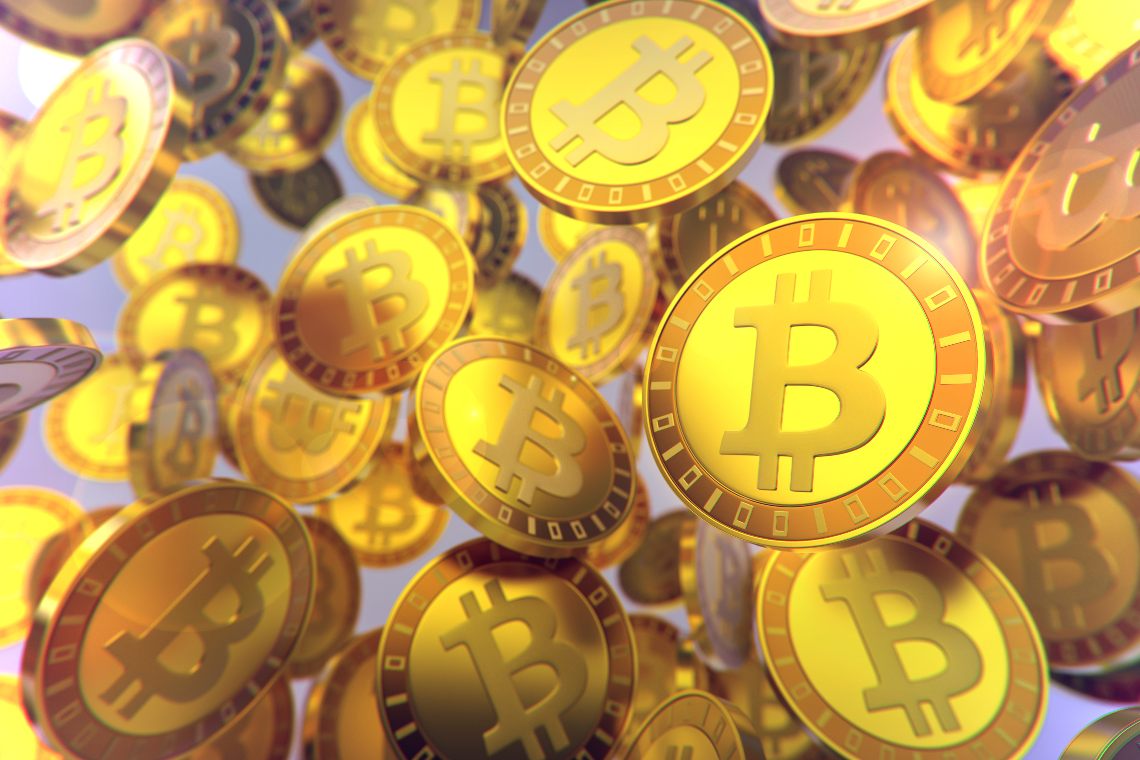 Bitcoin Bank is yet another Bitcoin automated trading software that claims it can make its users rich.

As with all these tools, caution must be exercised.

The website has multiple language versions. We compared the English and Italian versions. Although the English language seems to be correct, the Italian version is definitely badly written. Not even an automatic translator could have done worse. This is already a wake-up call that suggests a lack of attention to detail. 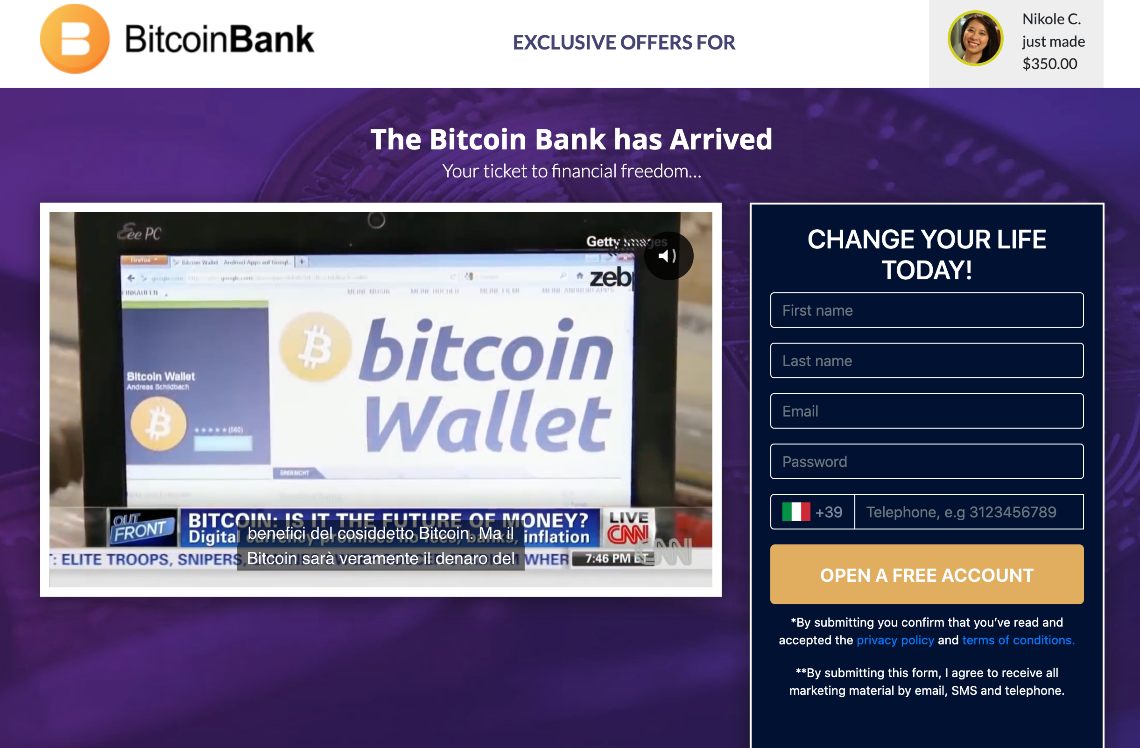 But let’s move on.

The website opens with a video that is a montage of news and famous people talking about Bitcoin, “the money of the future”. There’s Bill Gates, Richard Branson, Eric Schmidt and more.

It definitely looks like the same video that appeared on the Bitcoin Compass website. The two platforms actually seem to work the same way.

Like Bitcoin Compass also Bitcoin Bank forecasts stellar earnings, up to $1,500 a day starting from an initial investment of $250.

It also features the logos of security software like BitGo, Norton, Secure Trading and McAfee. It also boasts mentions from CNN, Financial Times, Time and Forbes. Well, it’s too bad that not a single logo refers to the famous magazines. That’s another signal not to be ignored.

Scrolling through the site there are the testimonies of those who have become rich. It’s amazing that it goes from the 5,000 dollars declared by Jennifer, to the 213,000 dollars of Ernest who says he has already retired. Thanks to Bitcoin Bank, of course.

How does Bitcoin Bank work

After these enthusiastic statements, the website finally explains how Bitcoin Bank works. They promise the users they can earn as much as a million dollars. It is enough to invest 250 dollars and it is possible to earn 1,500 dollars in only 8 hours of trading “if the market conditions are optimal”.

Bitcoin Bank boasts of having been named the most profitable website by the American Trading Association and received six awards in 2019 for “customer service, ease of use, transparency and security”.

Next, there is a screenshot that shows the current day-to-day profits of people who are using Bitcoin Bank and apparently trading with other cryptocurrencies. The amounts shown as profit are actually very small and do not exceed $200.

And here’s how it works:

Those who have doubts can consider visiting the “Frequently Asked Questions” section. Here it is possible to read that Bitcoin Bank has very good reviews. And indeed, there are two great Bitcoin Bank reviews on the websites indicated, which actually look more like an invitation to sign up rather than an analysis. Similarly, they say that Bitcoin Bank is not a scam, and that it is also regulated by the British FCA and the Australian ASIC. But there is no confirmation of this.

The final part offers “an in-depth look at Bitcoin Bank” and gives some more details.

It is possible to read that the system speculates on trading pairs like Bitcoin/sterling and Bitcoin/euro. Also, users should hurry to invest because some analysts say that Bitcoin will reach $100,000 by the end of 2020 and $250,000 in 2022.

Interestingly, it says that Bitcoin Bank offers demo accounts to learn how to trade, as well as tutorials, although there doesn’t seem to be any trace of all that on the website.

The operation of the bot, however, is unique: it works better if “left unmonitored for at least 8 hours a day”, and takes advantage of the moment when volatility is high, i.e. when derivatives are traded on Wall Street. Almost as if the crypto market didn’t know any sudden changes during the weekend, when stock exchanges are closed.

Moreover, it is guaranteed that the percentage of “winning” is 99%. And it reads:

“With such a success, you can become a crypto millionaire in less than a year.”

Finally, it mentions the testimonies of Tim Draper, Elon Musk and Holly Willoughby who allegedly sponsored Bitcoin Bank, explaining however that these statements are not true. These are stars who have never used Bitcoin Bank. It almost seems like a way to break away from the many ads for similar software that use famous people as testimonials, without their knowledge. As happened for example to Harry and Meghan, unwitting promoters of Bitcoin Evolution.

The first principle to know when trading cryptocurrencies is also mentioned on Bitcoin Bank: never invest money that you are not willing to lose. And this is a bitter truth, because cryptocurrency trading can be very profitable, but it is also highly risky. Those who think of getting rich should be aware of the exact opposite: the possibility of losing or not having the expected return on investment is more realistic.

Finally, the same warning always applies: be wary of those who promise easy gains with just a few clicks. Trading is a delicate business, it is better to rely on certified and regulated professionals and do all the necessary research before entrusting money to brokers and platforms.

Previous article Melon Protocol: everything there is to know
Next article Double interview with Binance Angels