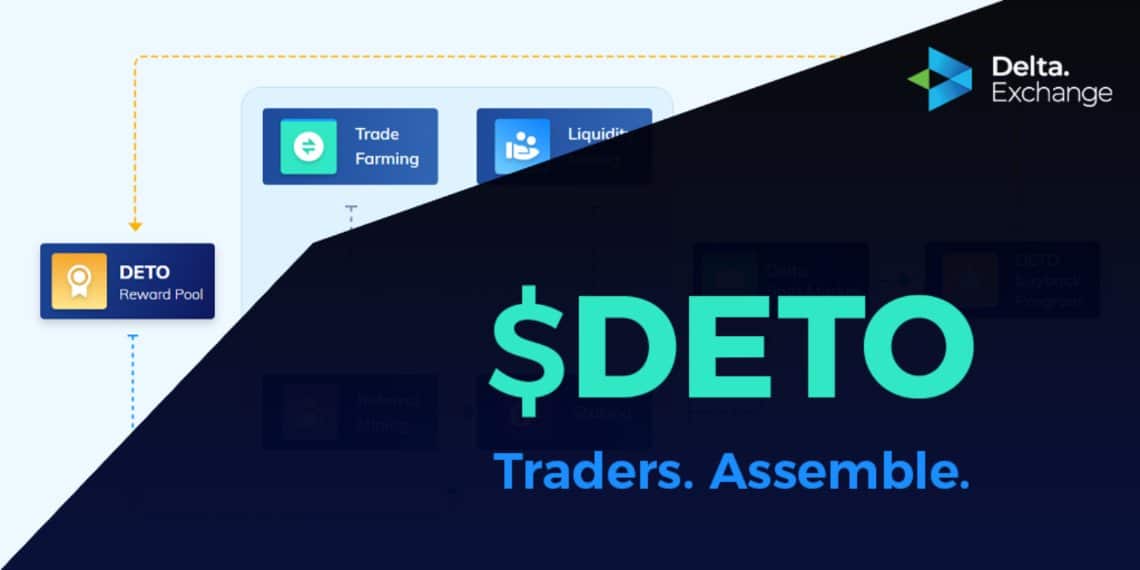 Delta Exchange announced the launch of the first AMM pool for crypto derivatives and its new token: DETO.

The token will be available on the exchange from today, as will the rewards paid in DETO to liquidity providers that will lock BTC or USDT in the pool, in addition to the returns generated by market making.

At the same time, the first centralized Automated Market Maker (AMM) pool for crypto derivatives will be launched.

Delta Exchange currently offers 54 contracts for perpetual swaps, futures, options and interest rate swaps, paired with BTC or USDT. The exchange also offers the trading of DeFi tokens, and was the first to offer LEND, KNC and YFI futures.

DETO, the token of Delta Exchange

DETO will be launched with an initial supply of 500 million tokens, of which 100 million will be distributed during the first year as a reward for liquidity providers, trade mining or referral mining.

Distribution will take place on a daily basis.

In addition, the exchange will use 25% of the fees collected on the platform to repurchase DETO tokens on the market. The repurchased tokens will be returned to the pool in the form of new rewards.

The DETO tokens earned can be used to pay commissions on the platform, and will also be accepted as collateral in the future.

The exchange has also launched a private sale of the new DETO tokens in three rounds, with a total of 175 million tokens for sale.

Delta Exchange investors include major projects such as Aave, CoinFund and Kyber Network.

“We are excited to introduce DETO and become one of the first centralized exchanges to explore utilizing AMM for increasing liquidity and lowering slippages on the derivatives side. This will open up yield farming for BTC holders and the Bitcoin ecosystem and will set DETO at the heart of it.

AMMs on a centralised derivatives exchange for top pairs such as BTC-USD will democratize market making. It will make market-making, which is otherwise capital intensive, accessible to retail customers. Additionally, AMMs will drive liquidity on Delta Exchange’s order books, resulting in an improved trading environment and giving traders a far superior method of evaluating the platform than just looking at trading volumes”.

Previous article Reddit: the Moon token flies after the airdrop to the community
Next article Bitcoin: historical record for addresses with positive balance