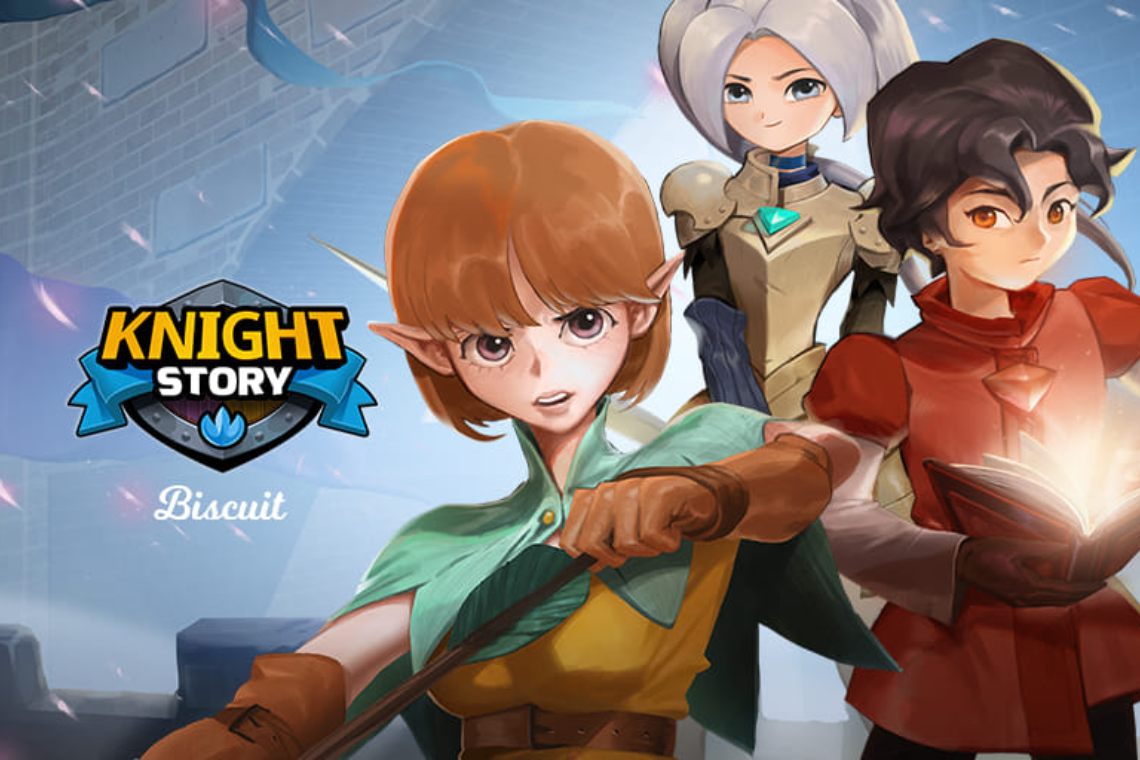 Today we’re going to review a new game, Knight Story, which can be defined as an RPG (Role Playing Game) with an idle part, i.e. it doesn’t need the player’s intervention at all times, so it will progress even when the game is off.

This game was developed by the Biscuit team, a name that will sound familiar especially to EOS blockchain players, as it is the same team behind the more famous EOS Knight game, from which it takes part of the assets.

This is a free-to-play game, which means that all it takes is to download the application for Android or iOS and we can start playing right away without too many setups whatsoever, especially since the game is very simple.

An interesting thing about this game is the possibility to let the player choose which blockchain to start the game with, whether with Ethereum, Tron or EOS (although the EOS section is not yet active).

It is worth noting that each blockchain is separate and it is not possible to cross-transfer objects, so each blockchain will have its own story, despite being able to start the game on all blockchains.

Considering that it’s an RPG genre and therefore implies that there are items for characters such as armour, weapons and more, the game has its own marketplace.

The only flaw is that the team compels users to buy “tickets” called “MYKI” (3 pieces cost €1.09), otherwise they won’t be able to sell their items.

Moreover, these items can only be bought in fiat currency with accounts like Google or Apple, and crypto is not allowed, despite the fact that it is possible to connect a wallet, although it is only for the management of the sale of the items and not for the purchase.

Unfortunately, these aspects don’t make the game too attractive and it’s difficult to call it a dApp since it is only found on centralized platforms at the moment.