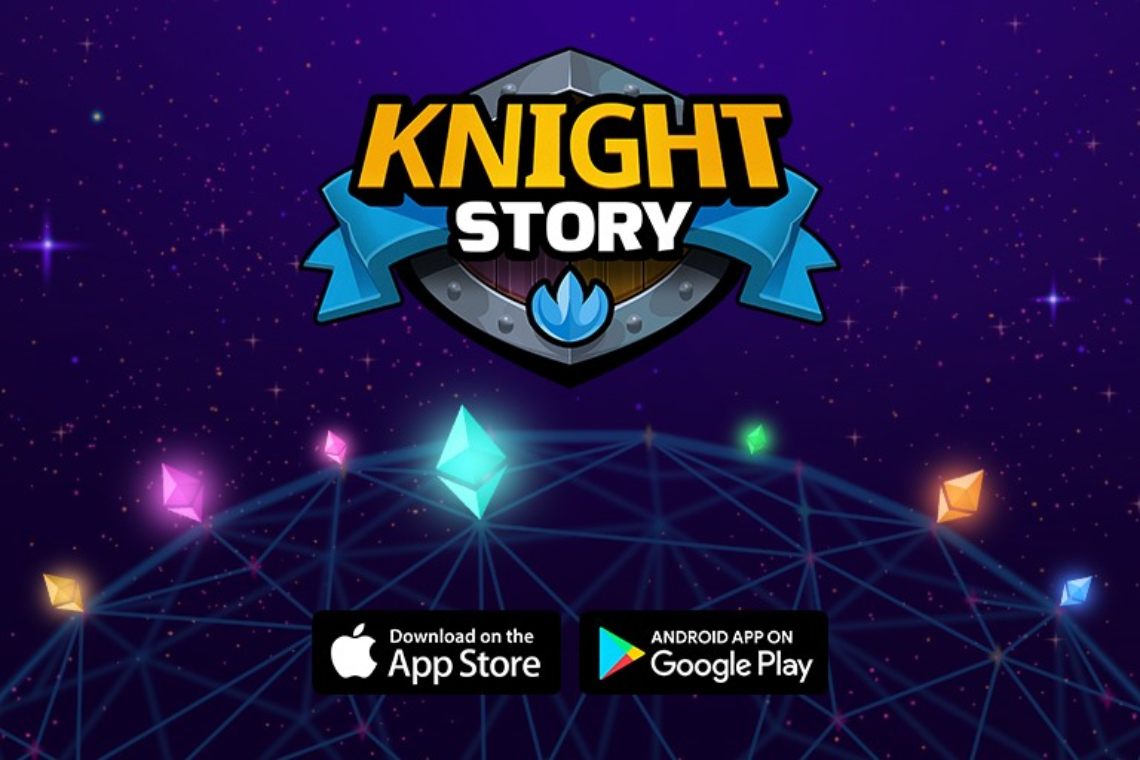 There aren’t many games that feature a multi-blockchain interface, allowing the player to choose their favourite blockchain, but Knight Story is certainly one of them. In this guide, we’ll go deeper into its operation and provide some useful tips to play it at its best, although to earn some money we’ll have to first invest some.

The first step will be to download the application for smartphone, Android or iOS.

In fact, even if we are talking about a game that uses several blockchains such as Ethereum, Tron and EOS (EOS not yet active) it does not allow the use in a decentralized way or via web.

At this point we’ll have to start the application, connect to one of our accounts – we can choose between email, Facebook or Google – and select the blockchain with which to start our game.

We can link our blockchain address to the game, which we must do through the website by clicking on the “Start” button and accessing with our wallet, according to the particular blockchain.

The interface of the game is very simple since at the beginning we will have only one character who will face the enemies. As we gain experience and evolve our character, we will unlock other characters.

Unfortunately, however, these other characters cannot be sold; their level is a maximum of 16.

At the top, clockwise, we will find:

Below are the sections related to bosses special events. Finally, at the bottom there are the buttons:

In the lower part, from left to right we have the store, the PvP (Player Versus Player) section, the main mode, the village and finally the clan for our guilds.

As mentioned, in order to sell an object we will have to invest some euros because we have to buy “MYKI” tokens and only with these we will be able to sell our objects.

We need 1 euro for every object we want to sell. Moreover, if we decide to withdraw an object from the sale we will also lose the relative MYKI.

Then there is the part of the village where we can build structures using raw materials. These will serve to strengthen our characters.

Some of them will be very useful, like the “Phoenix Nest”, which will provide us with eggs for our animals, while the mine will provide the metals needed to build our weapons.

Both will take several hours and we will have to make the claim manually.

In addition, for every 3 structures or equal eggs we will be able to merge the structures to raise their level and get better rewards.

To do this, just keep an eye on the “Merge” button, except for the “Phoenix Nest” which will only evolve thanks to beans.

Another thing to do daily are the PvP battles that we find in the “Defense” section, thanks to which we will be able to recover 2 chests with rare animals.

Moreover, always in this section, we can fight against other players and climb the ranking to get more prestigious prizes like beans and epic animals.

Finally, some practical tips to play Knight Story in an advantageous way:

Previous article Paxful: "Banks will have no choice but to enter the crypto world"
Next article Coronavirus, smart working and similar: the world of work is changing