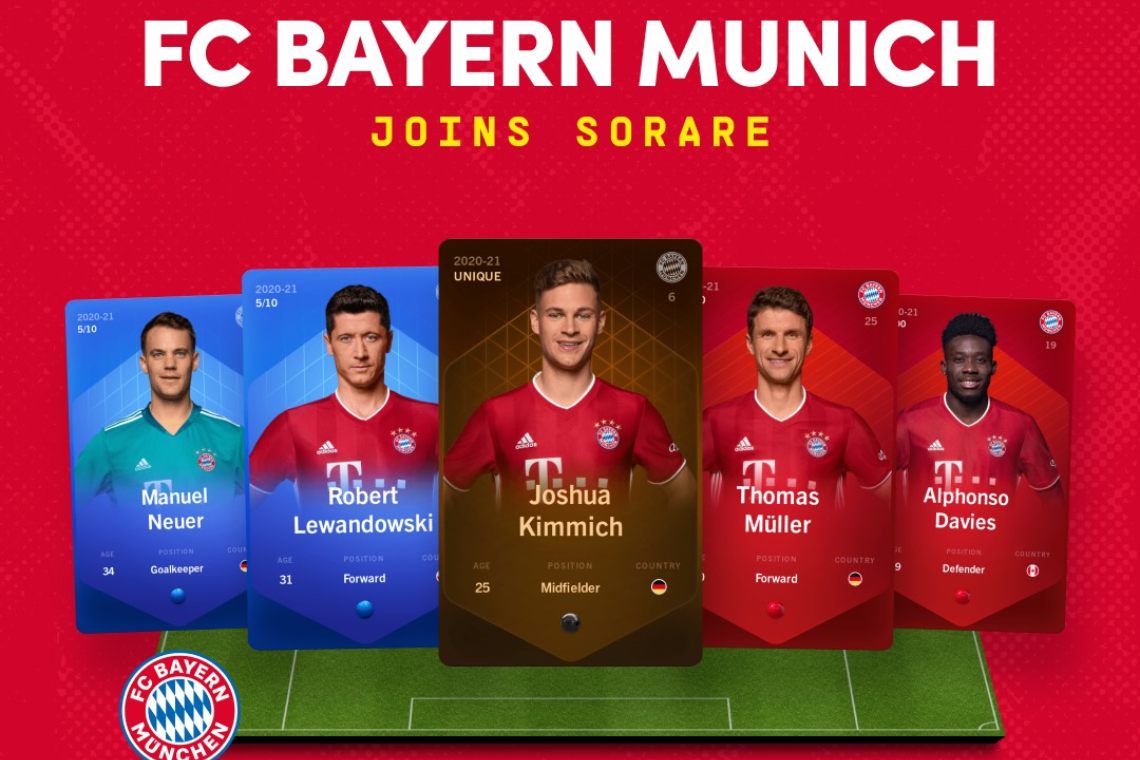 The world-famous German football team joins the other 101 that have granted Sorare the official licence to issue NFT stickers of their players, and now there are three Bundesliga teams with which it is possible to play.

In fact, Germany is now in fourth place on Sorare by number of users, and third by total time spent on the platform per user, thanks to the popularity of fantasy football in the country and above all the support of the champion André Schürrle.

Bayern Munich is also famous for some of its players, including Manuel Neuer, Thomas Müller and Robert Lewandowski, and is at the forefront of innovation and efforts to provide fans with new experiences.

The aim of the team is to use the Sorare platform to bring in new communities, especially young people and in areas outside Europe, such as Asia and America, where Sorare already has a strong user base.

“Today’s news is another major milestone for Sorare. With the inclusion of FC Bayern Munich to the platform, Sorare now boasts three of the top 5 European Champions with Juventus and Paris Saint-Germain, making the game ever more relevant to football aficionados around the globe. FC Bayern Munich fans will be able to join the economy of their passions in a way that wasn’t possible before Sorare’s global fantasy football platform”.

André Schürrle, one of the first investors in Sorare, added:

“As a former professional football player, and early backer of Sorare, today’s addition of Bayern Munich to the Sorare platform, one of my home country’s major teams, strikes a personal chord for me. Sorare is based on the real performance of the players, and with the inclusion of FC Bayern Munich, users can now buy or exchange digital cards from one of the world’s top football teams. I support Sorare’s mission to become the platform for fantasy football and today’s announcement is further proof that the company is well-positioned to achieve its goal”.

Since the launch of its open beta in December 2019, Sorare has grown by an average of 52% on a monthly basis, and today has over 45,000 users worldwide, with a trading volume of cards exceeding $1 million per month in October 2020.

The platform uses the Ethereum blockchain to create digital scarcity and determine who owns the individual digital cards at a given time. It also allows users to freely buy and sell their digital cards on the online marketplace.