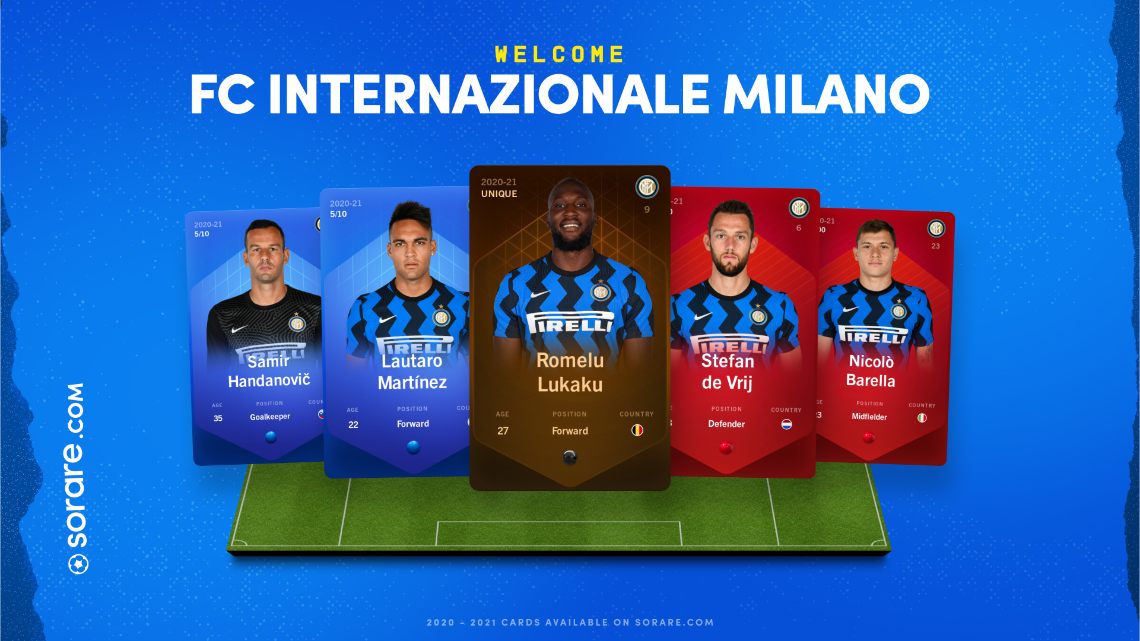 The Italian Inter team joined today the football clubs that are on Sorare, the fantasy football based on blockchain

From the data provided by Sorare, which uses Ethereum’s blockchain to create digital cards of the most famous Italian football players and more, we see that Italy is in second place in terms of users, followed by Great Britain, with double-digit monthly growth (36%).

The data on the relevant cards, which are no more than NFT cards based on the ERC-721 standard, are also impressive because we are talking about over 100 football teams, of which only 5 in Italy, i.e. Inter, Juventus, Naples, Rome and Lazio, over 50 thousand users worldwide and as many as 5 million cards exchanged on the Ethereum blockchain.

“Today marks another important collaboration of Sorare with a Serie A club, an important milestone for the company. Inter are embracing the world of fantasy football with Sorare and reaching the next generation of football fans and players”.

Sorare is a game that combines the digital world and the real world, as the various competitions played with these digital cards will also be influenced by the players’ performance on the pitch in real league matches, just like in fantasy football.

Inter and the NFTs to play with Sorare

However, each team on Sorare consists of 5 players and not 11.

There are also different types of cards: the common ones are free and unlimited and allow anyone to play, but then there are also rare cards that are only in 100 copies, the super rare ones with only 10 total copies and finally, there are the unique cards, in single copies, which are the rarest ones.

For example, the Neymar card was exchanged for as much as 26 thousand dollars.