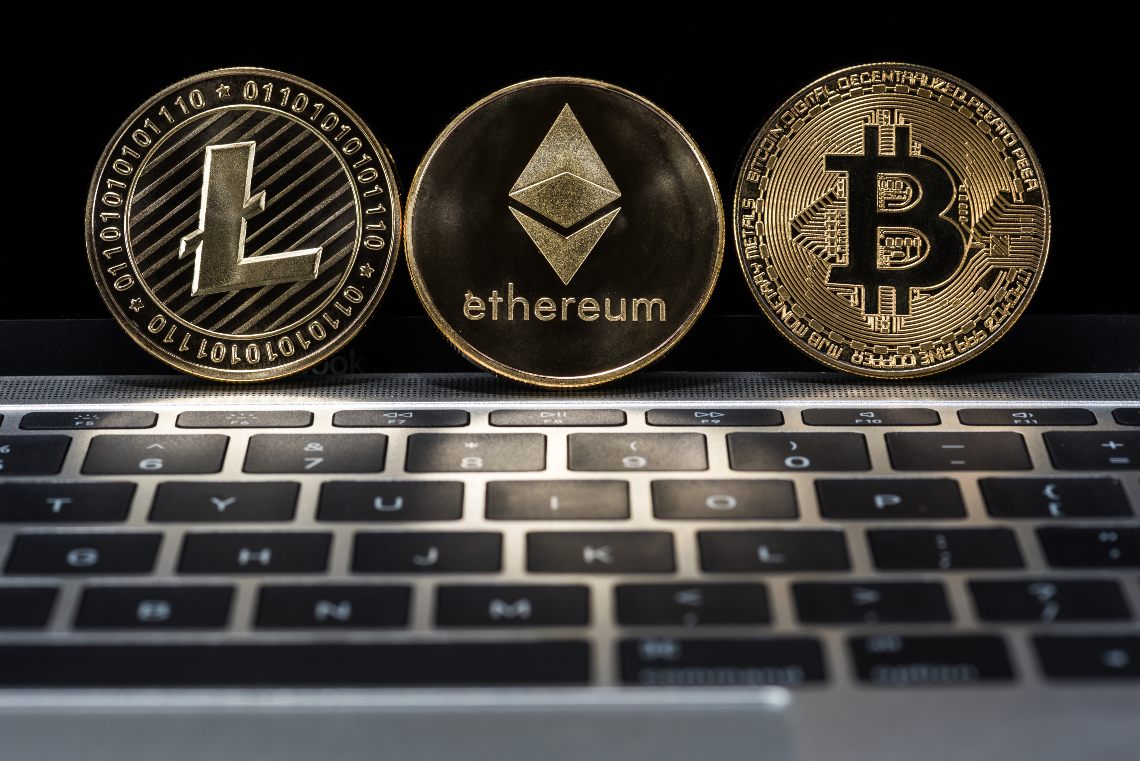 A recent report by CoinGecko dedicated to the crypto sector’s performance in November 2020 reveals that last month there was a great growth in trading volumes in this sector, but very different from the end of 2017.

The total market cap for all cryptocurrencies increased by 46% compared to October, setting a new annual high of over $554 billion.

Despite the fact that Bitcoin, with 65% dominance, achieved the new all-time high, this was not achieved in terms of total market capitalization of the entire crypto sector.

In fact, the biggest increase was in trading volume on exchanges, up as much as 97.8% over the previous month.

Among other things, these increases seem to have been generated mainly by institutional investors, with sentiment that remains positive for the coming months.

Among the main cryptocurrencies, the biggest increases were recorded by XRP (Ripple), which literally took off from the end of November, compared to what the others did.

This is another reason why Bitcoin’s dominance fell by 1.5%, owing to an increase in dominance, especially of XRP and Ethereum.

Curiously, there were no massive increases for stablecoins, whose total market cap increased by only $2.5 billion in November. Yet their trading volume increased by 104%, certainly driven by the significant overall increase in trading.

Very interesting is the comparison between BTC’s price performance in November 2020 and that of November 2017, which shows that the curves are decidedly different.

In 2017 the increase was rapid and disproportionate, while in 2020 it appears much more regular and, above all, not excessive. 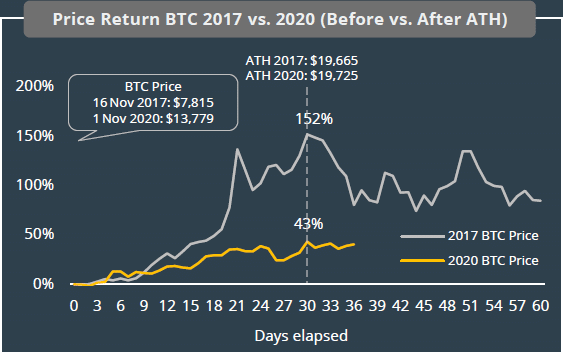 As far as trading volumes on exchanges are concerned, it is clear that the role of DEXs is still marginal, so much so that it is even lower than in October.

The reasons for the growth of the crypto sector

After all, the massive growth in November is due to large institutional investors, who use exclusively centralized exchanges.

During the month, a total of almost 70 million dollars were withdrawn from five DeFi protocols, to the extent that the overall performance of the decentralized finance tokens was lower than that of the main cryptocurrencies, for example.

It has therefore been a largely positive month, with a few highlights that show how this sector is becoming increasingly broad, varied and complex.

Previous article Fetch.ai against COVID-19 thanks to AI
Next article Bitcoin is Booming! Check Out How to Benefit and Double Your Savings