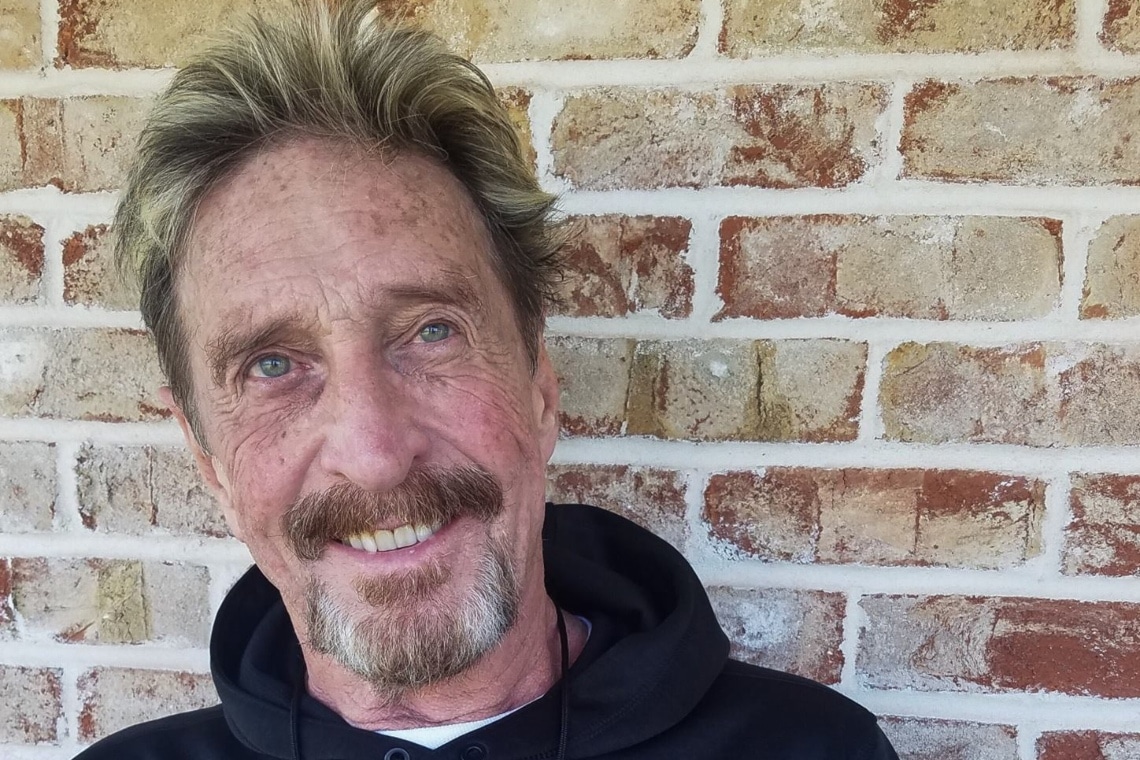 John McAfee‘s wife has been updating users on the latest news about her husband and the 90-day jail term in Spain following problems with the tax authorities.

Today is day 90 of @officialmcafee's detainment in Spain. His resolve remains strong and he's determined to continue his fight for freedom. #FreeJohnMcAfee #FreeMcAfee pic.twitter.com/NTknFRZxmS

McAfee was arrested in early October 2020 by the Spanish authorities, specifically in Barcelona, as a result of the SEC’s case against him for allegedly collecting money through false and misleading ICO (Initial Coin Offering) recommendations.

He has been detained in Spain for 90 days with the aim of holding him until his extradition to the United States, where he will stand trial. However, the detention, as we have learned from his wife Janice, is debilitating him.

In the latest update from his wife, we can see a woman worried about her husband, who apologizes to users if social media is not high on her agenda, as John’s condition continues to worsen and his weight continues to drop. A worrying situation given his age, as he turned 75 in September.

An interesting note about his cellmate, “the chatty Italian”, with whom he exchanged a few words in Spanish, wishing him a happy New Year and promising him that everything will go well.

Moreover, according to the latest news, the documentation against him has now arrived and the lawyers will try to understand the charges against him and the potential problems or compensation he will have to pay in case of defeat.

Another aspect that his wife emphasises is that of her husband’s detention, because despite the fact that John McAfee has already spoken to the judges on the matter, and responded to all their requests, hence with total cooperation, he has been denied the possibility of continuing his detention under house arrest, something that would certainly benefit his health.

However, the judges expressed fears about this decision because he might take advantage of it to run away elsewhere, although this would be difficult given the current restrictive measures imposed by the pandemic.

Previous article MicroStrategy and Bitcoin: the investment doubled
Next article Ethereum, the price above $1,000