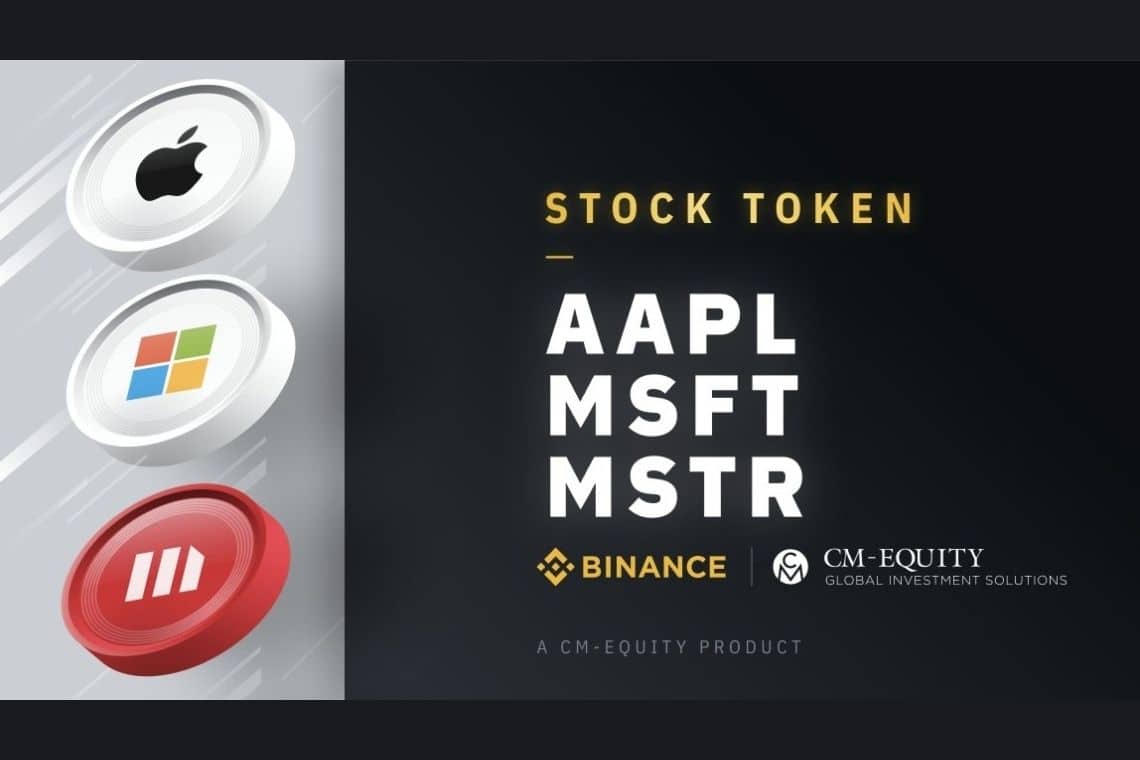 Binance Stock Tokens to include MicroStrategy, Apple and Microsoft

Binance adds three new Stock Tokens to its list of tokenized shares. Following the recent debut of Tesla and Coinbase, now MicroStrategy, Apple and Microsoft have been added.

This is the listing schedule, paired with the BUSD stablecoin:

The addition of new Stock Tokens attests to the success of this product launched by Binance. In fact, when Tesla debuted on Binance, volumes of $10 million were recorded.

What are Binance Stock Tokens?

Binance’s Stock Tokens are fully backed by a portfolio of securities held by CM-Equity AG, a German company. This ensures that those who buy shares on Binance can not only look forward to financial returns, but also to potential dividends.

The trading of stock tokens on Binance follows the opening and closing times of the markets. Furthermore, in order to trade, users must have signed up for KYC procedures.

Binance has been consequential. It had announced that the first Stock Token (Tesla) would be followed by others, and so it did. After riding high on Coinbase’s Nasdaq debut, it is now accelerating with the listing of three more stock tokens. It is to be expected that these five stocks will soon be followed by others.

The link between exchanges and stock markets.

It seems that the stock market is becoming increasingly integrated into the cryptocurrency market. Indeed, in recent days Bitpanda also announced the listing of fractional shares. However, Bitpanda Stocks allows users to access real stocks and ETFs. At the moment the stocks listed are Netflix, Apple, Amazon, Walt Disney, Volkswagen, Alphabet, Tesla, Airbnb, but more will be added soon.

This is a sign that these two markets are destined to complement and not just rival each other.

Previous article Alt Season Is Here! Do This to X10 Your Crypto Profits
Next article Michael Saylor: one billion bitcoin holders within 5 years