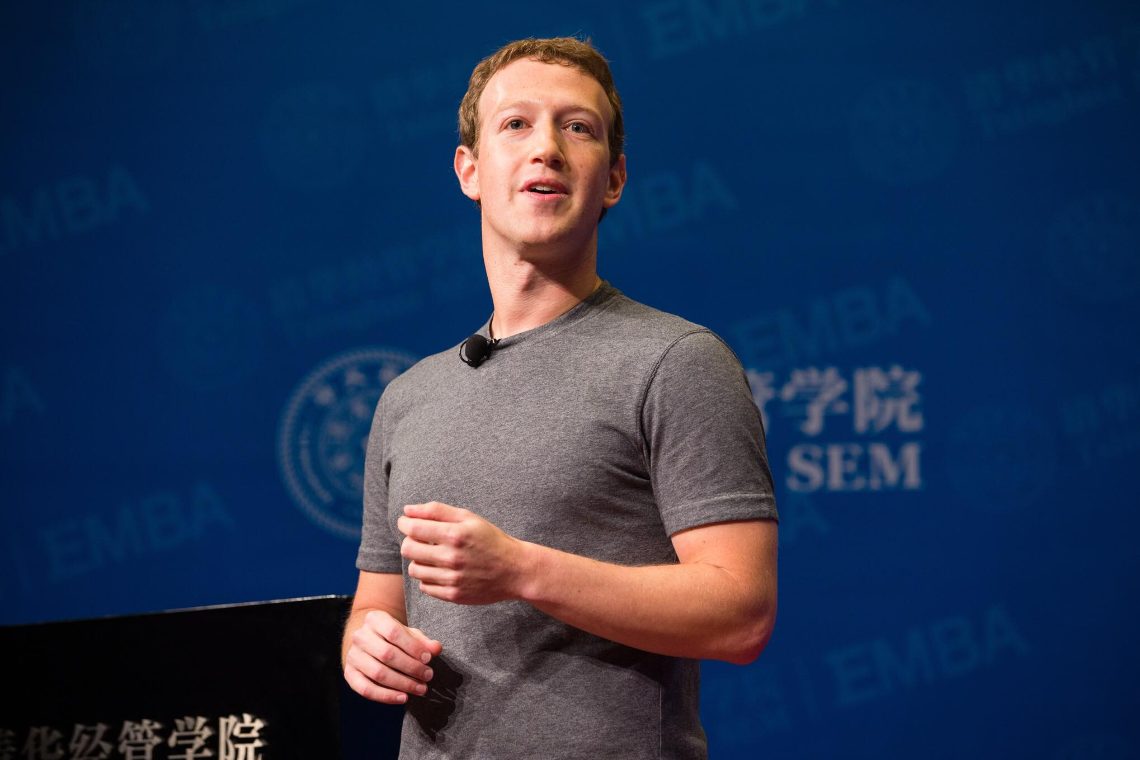 Mark Zuckerberg has Bitcoin. Or rather, one of his goats is named Bitcoin. The Facebook founder and CEO told the world about it in a post on his social network: 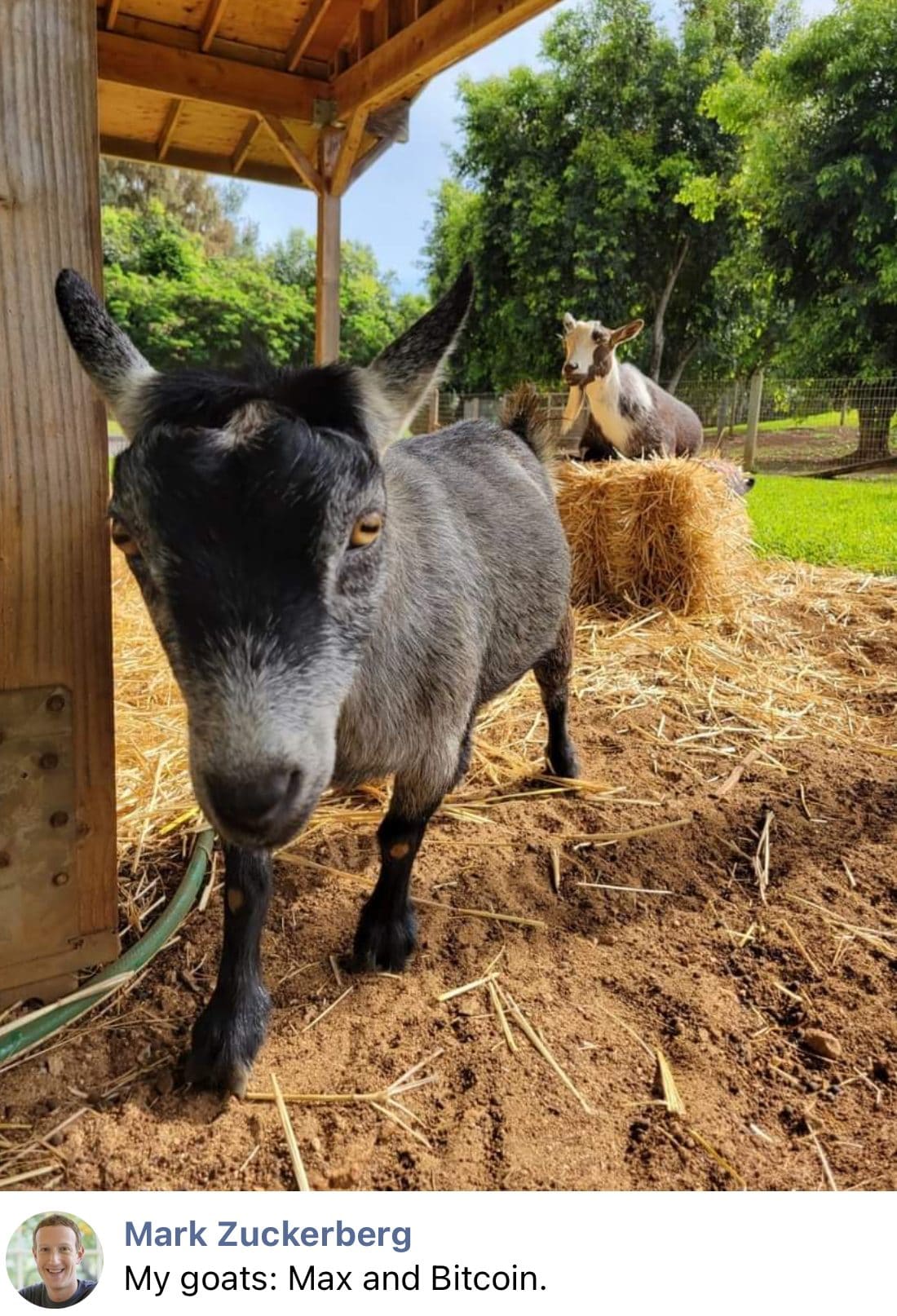 In the image, Zuck shows and presents his two goats, which are called Max and Bitcoin.

The post triggered the hilarity of many. Some pointed out, for example, that immediately after the post, the price of Bitcoin collapsed.

Probably the fact that the goat is called Bitcoin may have been considered a bad sign by investors: Mark Zuckerberg is apparently a goat-eater, so the fate of Max and Bitcoin seems quite sealed.

Twitter CEO Jack Dorsey said as much in a memorable interview in Rolling Stones.

On that occasion, Jack Dorsey was a dinner guest of Mark Zuckerberg, who served him cold goat meat. The goat, according to Dorsey, had been killed by Zuckerberg himself.

The other interpretation of the post is that Mark Zuckerberg is a Bitcoin maximalist. Max could be, in fact, a diminutive of maximalist.

This is Anthony Pompliano‘s hypothesis:

Is Mark Zuckerberg telling us he is a bitcoin maximalist with the names of his goats? 👀 pic.twitter.com/GKlMdqdeXJ

Some have also given a more ‘sadistic’ interpretation. Considering that Zuckerberg eats goat meat and that he could kill and eat Bitcoin, the Facebook CEO is probably studying a solution to “kill” Bitcoin, the cryptocurrency, with something else, maybe Diem, the Facebook stablecoin that should be launched soon.

Diem, in fact, is expected to be launched in 2021. The latest news speaks of the launch of a small-scale pilot project testing exchanges and payments. In the meantime, compared to the initial project, Diem will be a stablecoin anchored to a national currency (depending on the country of use) that can be sent and received via smartphone, independently of having a Facebook account.

But Diem is unlikely to ‘kill’ Bitcoin for the simple reason that their use cases are different. Bitcoin is accredited more as a store of value than as a medium of exchange, while Diem will be a stablecoin, so it cannot aspire to become a store of value.

The latest hypothesis circulating is that a bit like Elon Musk did, Zuckerberg’s goat photo is a prelude to the official announcement of a rumour circulating for some time: Facebook may have invested in Bitcoin.

All that remains is to wait and see if there is a meaning behind the two goats name or if the post and the two animals have no backstory to reveal.