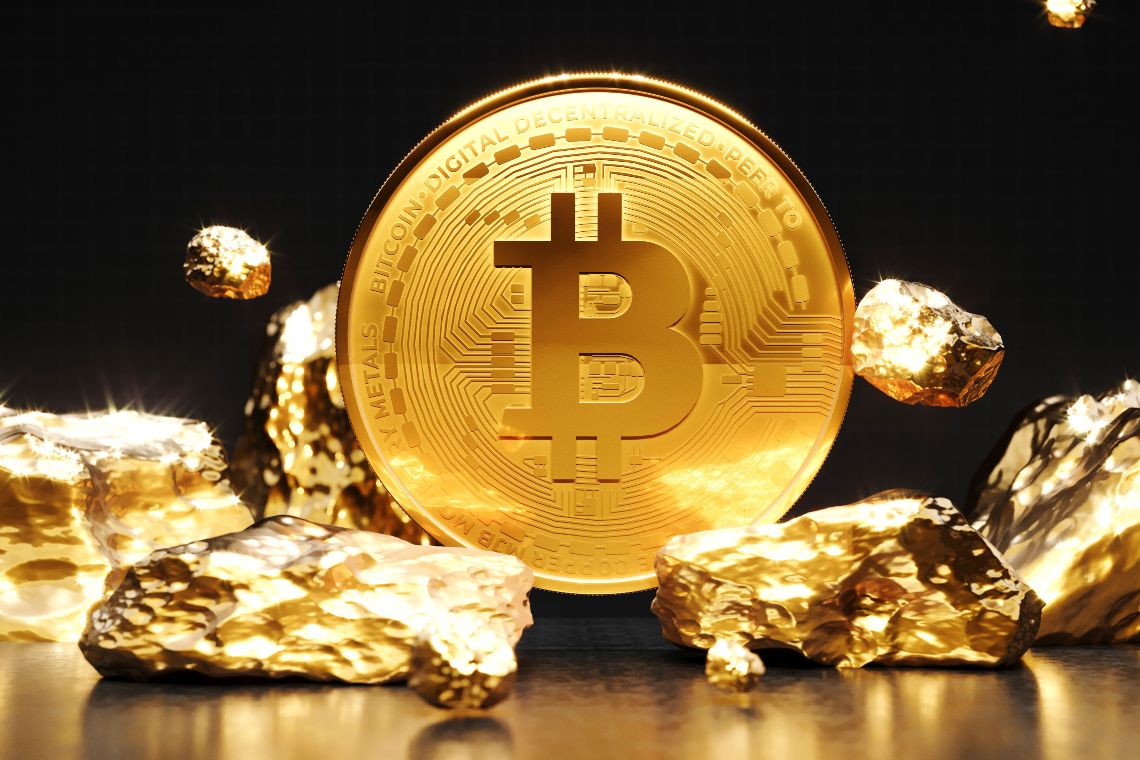 Bitcoin and gold continue to be compared: similar or different?

The debate on the similarities and differences between bitcoin and gold continues to be enriched by new contributions.

There seem to be points of contact, as bitcoin is now increasingly seen as a hedge against inflation, just as gold is often seen, but there are also undeniable differences, such as the level of risk.

In this regard, a recent analysis by James Gard published on Morningstar argues that the two assets could somehow coexist side by side for some time to come.

Gard points out that gold still seems to have the upper hand over bitcoin as a protection against inflation, but he also says that there are clear signs that the two assets could coexist within the financial system of the future.

But he also points out that our relationship with money is rapidly changing, and this opens up new prospects for cryptocurrencies.

Gold is nevertheless maintaining its role as a risk-off hedge against inflation, although it is not actually performing this role impeccably. However, it remains the ultimate safe-haven asset, something that cannot be said of bitcoin.

The collapse of the financial markets in March 2020 clearly showed that bitcoin was not yet as ready to act as a safe haven asset like gold.

Another analysis, this time by Direxion, published on Opto asks whether gold or bitcoin is better as a store of value.

In particular, Direxion argues that future short-term decisions by governments may continue to bring uncertainty to the markets, which may not benefit cryptocurrencies, including bitcoin.

On the other hand, Direxion argues that gold could have a good outlook, linked to inflation and low Treasury yields. However, should central banks decide to intervene to reduce inflation, the outlook for the price of gold would be much less rosy.

Therefore, more and more analysts consider bitcoin and gold as different financial assets, whose value is affected differently by different dynamics, or even by the same dynamics but with different consequences.

However, since it does not seem that financial markets are turning away from bitcoin and shifting their interest to gold, it is indeed plausible that these two assets will live together for a long time to come, with different and non-competitive roles.