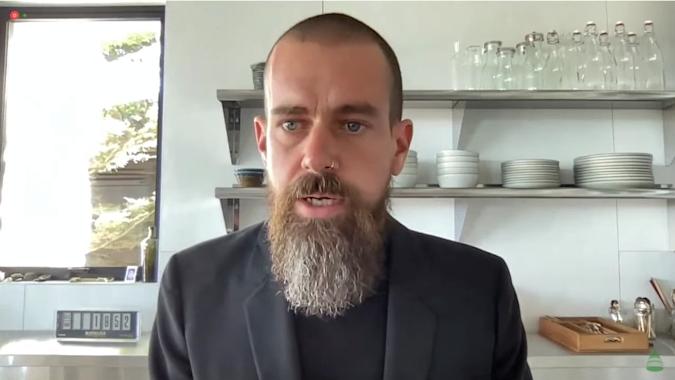 Twitter and Square co-founder and CEO Jack Dorsey explicitly stated that Bitcoin will play an important role in the future development of the platform.

“I think focusing on the use case of the Internet having native currency and that Bitcoin probably is the best actually known to be the best candidate for that role. If the Internet has a native currency, a global currency, we are able to move so much faster with products such as Super Follows, commerce, subscription, Tip Jar, and we can reach every single person on the planet because of that”.

“I think this is a big part of our future. I think there’s a lot of innovation above just currency to be had, especially as we think about decentralizing social media more and providing more economic incentive. So I think it’s hugely important to Twitter and to Twitter shareholders that we continue to look at the space and invest aggressively in it”.

In addition, the CEO of Square also pointed out that other competitors are already looking to exploit these technologies, such as Facebook with Diem. However, Dorsey also says that the best way forward would be through an open standard, which is why Twitter’s focus should be on Bitcoin, which allows for much more innovation and really opens up completely new use cases for everyone on the platform.

In the light of this, it is to be expected that, sooner or later, Twitter will accept BTC for instance as a means of payment for advertisements.

Moreover, the quarterly earnings announced have beaten analysts’ forecasts, so Twitter’s future is looking better than expected. Bitcoin certainly has nothing to do with these results, but the fact that it could be integrated in the future on a growing platform that already has more than 300 million monthly active users speaks volumes about the impact this decision could have on the crypto market. It is estimated that the total number of bitcoin holders in the world today is no more than 200 million, which is significantly less than the average number of users who are active on Twitter every month.

Dorsey and the role of Square

Combining this with the initiatives of Dorsey’s other company of which he is co-founder and CEO, Square, it is clear that Bitcoin could receive a major boost towards mass adoption in the coming months, or years, thanks to what the companies led by Jack Dorsey are doing.