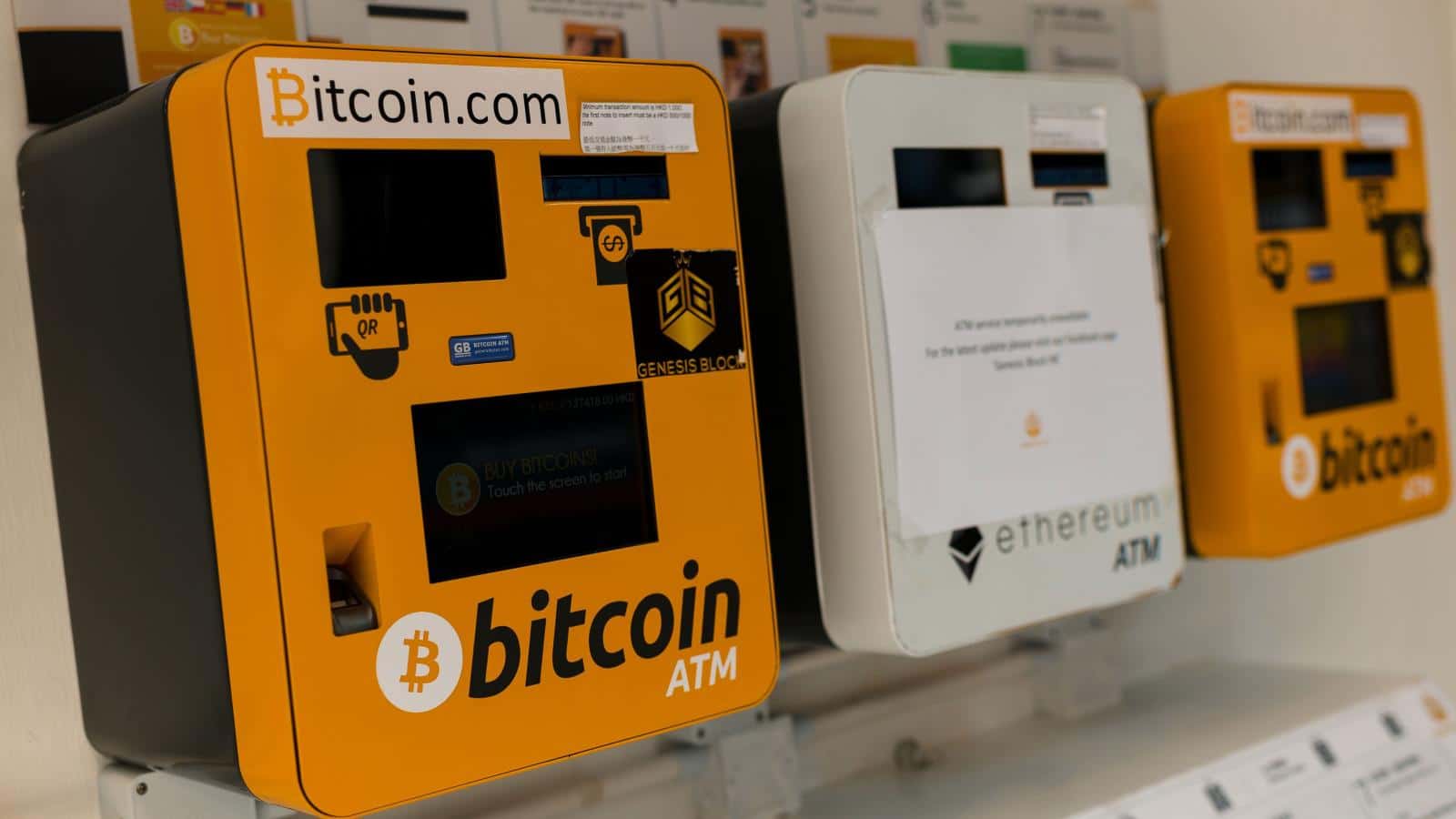 Globally, according to the monitoring website CoinATMRadar, the number of bitcoin and cryptocurrency ATMs has surpassed 24,000.

As a result of the increasingly widespread and common use of cryptocurrencies, there has in fact been a spike in ATM installations of 71.73%, taking the numbers from 13,993 to 24,030, from 1 January 2021 to date.

We can quantify this enormous and constant development by analyzing other data showing the speed and an average number of installations carried out, i.e. around 52.3 ATMs per day.

This type of ATM can be found in 75 countries around the world, from Kazakhstan to Australia.

The market is powered and supported by 42 cryptocurrency ATM manufacturers. Genesis Coin dominates this sector with a market share of 40.9% with approximately 9,813 ATMs, followed by General Bytes with approximately 24% of the market.

The remaining 35% of the market is shared between other competitors, including BitAccess, Coinsource and Bitstop.

The largest cryptocurrency ATM operator is Atlanta-based Bitcoin Depot, which has 3,793 crypto ATMs that allow users in the US and Canada to purchase over 30 types of cryptocurrencies, including Bitcoin (BTC), Ether (ETH) and Litecoin (LTC). It is followed by Coin Cloud with 2,629, and then Coinflip with 2,498 ATMs.

Recently, a couple of operators have partnered with celebrities to promote their cryptocurrency ATMs. Coin Cloud partnered with award-winning filmmaker Spike Lee to produce a short film titled “The Currency of Currency”.

Bitcoin Depot is also continuing to expand with different strategies: last week, a major fuel and service retailer, Circle K, announced that it has started distributing bitcoin ATMs in its shops in the US and Canada in partnership with Depot.

The partnership has led to the installation of more than 700 crypto ATMs.

“By adding Bitcoin ATMs to the Company’s stores, Circle K can attract new customers to their stores, offer financial access to underserved communities, and set themselves apart from other retailers with this new technology”, said CEO, Brandon Mintz.

The number of cryptocurrency ATMs, which allow customers to exchange fiat for various digital currencies, has grown significantly in recent years. The mission of ATM operators, vendors and all those working within this market is to bring cryptocurrencies to the masses, especially through new, more solid and lasting partnerships.