The winners of the first round of the OVR competition have been drawn using Chainlink’s Verifiable Random Function (VRF).

The OVR platform, after announcing its integration with Chainlink on 10 June, ran two main competitions, a virtual treasure hunt and one for OVRLands buyers.

OVR decided to partner with Chainlink VRF to determine both the winner of the final draw of $15k in OVR tokens reserved for treasure hunters and to participate in the larger $50k token draw for OVRLand buyers.

The extraction process is carried out using a public, deterministic and reliable algorithm.

At the end of June, the companies explained in a statement the detailed rules for the distribution of prizes, how the competitions are run and the different stages.

Once logged into the OVR account, any user can take part in the treasure hunt via the smartphone app; this will start the AR (augmented reality) experience in the OVR world, which is divided into hexagons called OVRLands.

The treasure hunt will take place in three phases and all treasure hunters can win OVR tokens worth $5,000 for each round: the first one started on 22 June, the third one will end on 31 October. At the end of each round, a list of all OVRLands where treasures have been discovered by participants will be created and made public. Finally, OVR will publicly generate a verifiable random number using Chainlink’s VRF to select the winner from the list. 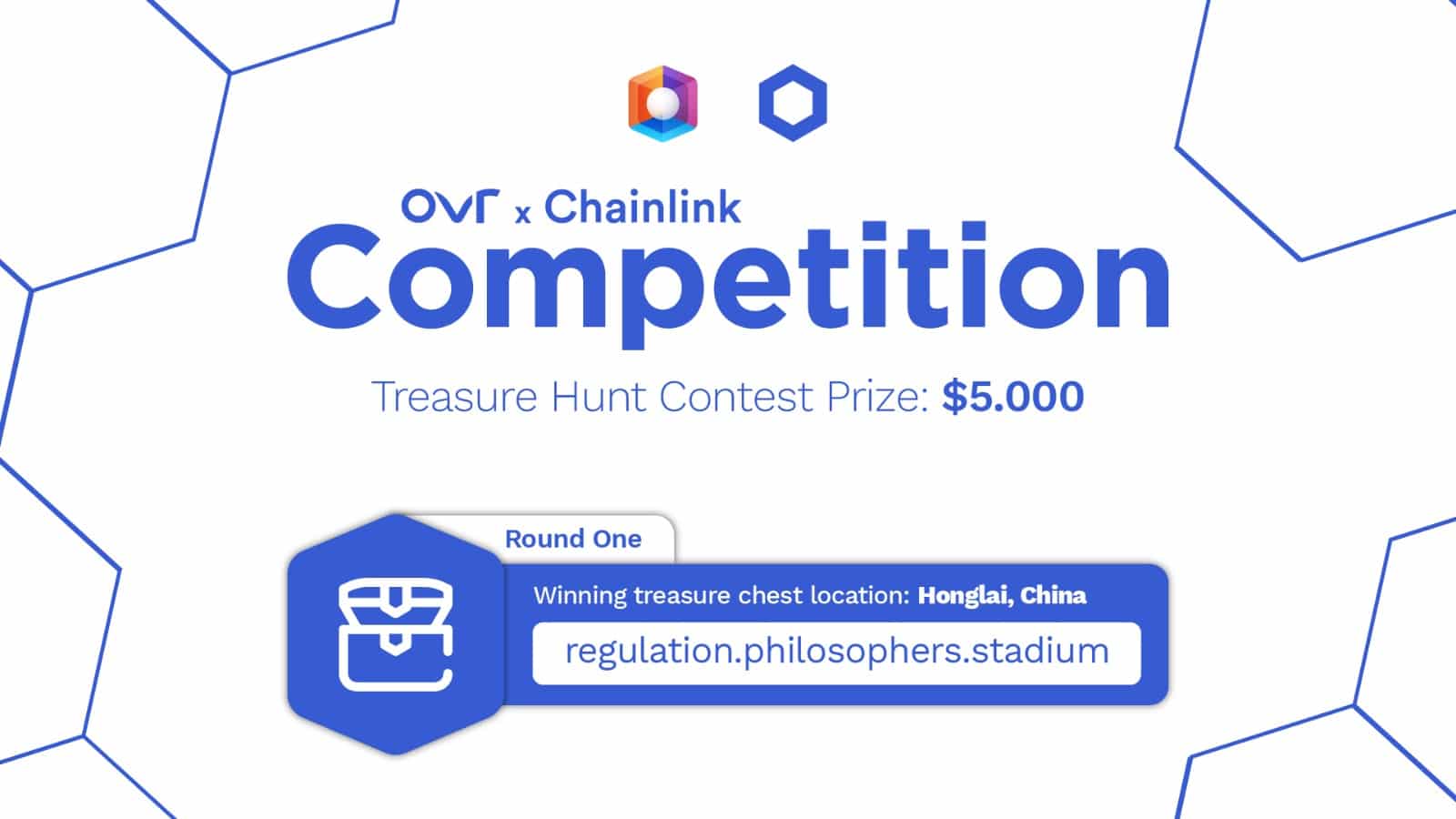 In addition, all OVRLands acquired in the main market, during the start date of the competition and in the following 5 rounds, give users the opportunity to enter the draw to win a prize equivalent to $10,000 paid in OVR.

As with the treasure hunt, a list of all OVRLands acquired during the period will be made public at the end of each round.

OVR will again produce a verifiable random number using Chainlink technology to select the winner from this list. Of course, the prizes will be immediately available for participants to collect or spend on the platform.

The two winners of the first round of the two different competitions were drawn on 2 August: from a total of around 18,000 participants each, for the “OVRLand Buyer Competition” a user was drawn who had bought 121 OVRLands in total, with more than half of them being bought since 22 June.

As for the winner of the “OVR Treasure Hunt Competition”, the treasure chest was reportedly opened in Honglai, Fujian, China on 2 July.

The OVR platform, powered and supported by Ethereum’s blockchain, is confirmed as the complete embodiment of the metaverse and NFT games. An open source community with users creating their own world where imagination comes to life and anything is possible.