Layoffs in sight for Robinhood

The CEO of Robinhood, the popular stock market investment app, has announced that the company is laying off 9% of its workforce.

Robinhood, laying off 9% of human resources

The CEO of Robinhood, Vlad Tenev, announced on Tuesday that he would be laying off 9% of his full-time employees. The CEO justified this move by stating that the habits of its users had changed in the last period.

Tenev, in a post on the company blog, states that:

“We are anticipating and responding to changes in the way our customers invest, especially in this time of global conflict, economic uncertainty and high inflation”.

He also added that Robinhood is prioritizing “internal automation opportunities” by moving forward with a reduction in workforce no longer needed.

The reaction of the stock

The shares of the Nasdaq-listed company reacted to the news by dropping 3.75% to around $10, for a stock that has lost more than 70% of its value in a year and was trading at $38 per share.

On the other hand, as the CEO of the company has also reiterated, Robinhood has had a year and a half of explosive growth even after the app became the protagonist of the sensational Gamestop case last year.

The case saw the investment platform involved in a stock market battle between Reddit users and hedge funds who were betting against the stock.

Now, however, with global uncertainty due to the conflict in Ukraine and the escalating pandemic in China, Robinhood’s growth is slowing. During the fourth quarter of 2021, the company reported total sales of $363 million, down from the numbers in the second and third quarters.

The decision of the layoffs

Thus, the time has come for the company to downsize, starting with reducing its workforce to about 3,400 employees, laying off about 300 people.

In his blog post, Tenev explained how the company’s strong growth has been aided by lockdowns, low interest rates and fiscal stimulus packages from governments around the world.

The CEO explains that, thanks in part to these factors:

According to analysts, in the first5 quarter Robinhood is expected to do worse than in the last quarter of 2021, posting a loss of $0.36 per share with revenue down to $355.78 million.

Yet the news comes as a surprise. Just a few weeks ago, Robinhood announced that it was adding Lightning Network support for Bitcoin transactions, further increasing its cryptocurrency offerings.

In mid-April, Robinhood also added new cryptocurrencies to its platform, allowing users to purchase Solana, Compound, Polygon’s MATIC and Shiba Inu, the last of which saw prices rise by 20% after being listed on the platform.

Giovanni Motta: his free NFT project out today
The Bulls And The Bears Move Out Of The Gate in 2023: Avalanche, Polkadot, and Big Eyes Coin 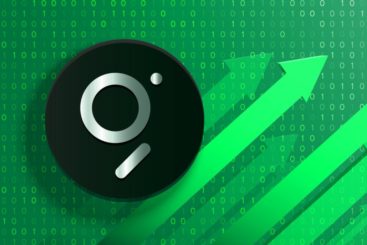