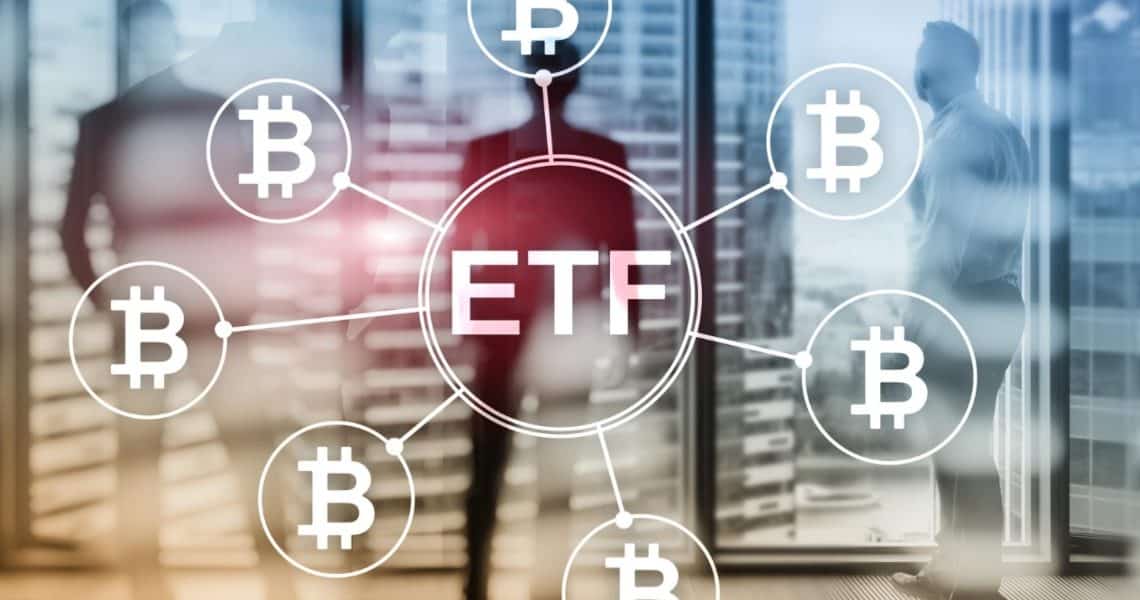 BlackRock has launched an ETF dedicated to blockchain technology aimed at European clients.

BlackRock is the largest investment company in the world, founded in 1988 in New York by Larry Fink and Robert Kapito.

It manages total assets of more than $4 trillion, a third of which are in Europe. The European market is, therefore, by no means marginal for this American giant.

BlackRock is also listed on the New York Stock Exchange under the ticker BLK, and despite the latest news, it has been falling in value for a few days.

In fact, it has been going down since the second half of August, with a cumulative loss of 26% that took it to its annual lows yesterday.

Compared to its all-time high, reached in November last year, it has lost 41%, and its current value is in line with what it was just before the financial markets collapsed in March 2020 due to the onset of the pandemic.

However, it must be said that this trend is in line with that of many other U.S. stocks listed in New York, so it is merely following the downward wave of recent weeks.

BlackRock is a leader in America in the ETF and ETC segment, but it is also present in Europe in the Milan financial center with its iShares product range listed on the ETF Plus index of the Italian stock exchange.

For some time now, the company has also begun to take an interest in cryptocurrencies and blockchain, particularly to try to meet the growing demands in this regard from their clients.

That said, the company has actually also made its own investments in the sector, although it generally seems to prefer investing in cryptocurrency companies rather than cryptocurrencies directly.

It recently launched a private trust in the U.S. on spot bitcoin after signing a partnership agreement with Coinbase.

By now, it is possible to say that the company is definitely active in the cryptocurrency markets, although mainly through derivative financial products based on cryptocurrencies and crypto and blockchain companies aimed at investors who do not want to deal directly with cryptocurrencies.

In fact, it must be kept in mind that some investors are not allowed by law to access unregulated markets such as cryptocurrency and thus require regulated products to open positions. In addition, other investors simply prefer to stay away from do-it-yourself custody of cryptocurrencies but still want to trade cryptocurrency markets. Finally, some speculators prefer to use derivatives that give them more investment tools.

BlackRock already began providing derivatives products of this type last year when it added bitcoin futures to some of its funds.

In particular, the co-founder and CEO, Larry Fink, seems to have an optimistic view of bitcoin’s future, so much so that he claims it could even replace gold in part. Instead, he had previously described it as nothing more than a vehicle for speculation and money laundering.

So within BlackRock, at some point, there was a real turnaround on Bitcoin due to a change of mind on the part of the CEO.

On the other hand, after the financial markets crashed in March 2020, Bitcoin was one of the best and fastest recovering assets, which was a strong indication of resilience. If it was an asset with no real underlying value, collapse should have reset it or, at the very least, bogged it down quite a bit.

Instead, it demonstrated resilience equal to, if not greater than, other much more established assets, and many have since changed their minds about it.

iShares Blockchain Technology UCITS ETF (BLKC) will enable European clients to gain exposure to various companies involved in developing, innovating, and using blockchain and other cryptocurrency technologies. The fund is listed on Euronext with a Total Expense Ratio (TER) of 0.50%.

75% of its exposure is to cryptocurrency companies whose main business is related to blockchain, such as exchanges, while the remaining 25% is exposed to payment or semiconductor companies.

In total, it includes securities from 35 global companies in developed and emerging markets, so BLKC does not invest directly in cryptocurrencies.

“We believe digital assets and blockchain technologies are going to become increasingly relevant for our clients as use cases develop in scope, scale and complexity. The continued proliferation of blockchain technology underscores its potential across many industries. The exposure offered by the iShares Blockchain Technology UCITS ETF will allow our clients the opportunity to engage with global companies leading the development of the emerging blockchain ecosystem.”

Then again, many ETFs already allow direct exposure to cryptocurrency prices, although, in the U.S., only a few have been authorized based on futures contracts and not the spot market.

ETFs such as BLKC allow managers a great deal of freedom in constructing the basket of stocks they are based on, so they are not at all limited to replicating cryptocurrency prices.

While this might allow them to limit losses during bear markets, however, it could also ensure lower gains during bullruns. However, clients of this type of ETF prefer financial products with a lower degree of risk at the cost of accepting potential lower gains.

In addition, investors generally trust the fund manager in these cases, as far as the choice of the underlying asset and thus consequently the performance is concerned, so that they do not have to take the immense effort to study all the securities in which it could potentially be worthwhile to invest.

So BlackRock’s added value, in this case, is also precisely the study and analysis of the cryptocurrency sector worldwide to choose those few securities that best suit a product like BLKC, and especially the needs and desires of its potential investors.

Cryptocurrency ETFs such as BLKC or the many other similar ETFs circulating in the financial markets meet these precise needs by providing financial products where many absent investors would simply be excluded from this sector.