With a bear market nearing its end and a contrasting session it can be seen that regardless of the sector many Italian stocks are performing better than their American counterparts, at least those with a more international focus such as Eni, Enel, Microsoft, Unicredit, and Ferrari.

The third quarterly report of the historic technology company founded by Bill Gates and Paul Allen nearly 50 years ago went well, and this is also reflected in the stock’s performance on the market.

Despite a negatively closed session, the big tech is seen as bullish just based on its fundamentals, at least in the short term.

The colorful windows company ended the period with earnings and revenue that exceeded expectations set as a target, even though cloud-related revenue and guidance disappointed analysts somewhat.

The company boasted revenues of $50.12 billion exceeding estimates that set the bar at $49.61 billion.

The guidance has risen to the occasion as a sore point, becoming the cause of the stock’s thud.

For the last fiscal quarter, the company estimated revenues between 52.35 billion and 53.35 billion US dollars, a jump of 2% when looking at the range average showing that it still has room for improvement.

Microsoft’s gross margin narrowly missed the outlook by standing at 69.2% against the 69.8% expected.

The quarterly results were in line with what Microsoft had told investors to expect and included a less favorable currency environment.

Revenue for now is the real ballast for the stock due to the lousy figure (-$2.3 billion in Q3) on par with sales of the Windows operating system which fell 15% for new installations.

In Europe, the energy sector is enjoying the Golden Age, and Eni is no different.

Its quarterly report (one of the first of this round) released on 28 October showed excellent figures.

The Italian stock, which today is trading for 13.72 euros, posted yet another positive sign (+1.40%) buoyed by the high energy prices that are particularly raging in Italy as a country heavily tied to the now former Russian supplies.

Operating expenses in Q3 had jumped 25% year-on-year (3.26 billion euros) but that was not enough to curb the profit margin, which on the contrary recorded +149.60% just as the figure for earnings per share +165% reaching 1.06 euros was remarkable.

Enel, as well as Eni, can ride the wave of expensive energy and this is seen in the stock market.

On yesterday’s trading day, the stock closed at a substantial parity at 4.57 euros with a still positive trend.

In 2022, Enel saw a sharp increase in revenues (84%) and a decline in profitability.

Revenues rose from 58.79 billion to 108.18 billion euros with the increase attributable precisely to the fact that by dealing with energy sources the company was able to take advantage in any business sector.

The company, in a statement on the sidelines of the quarterly report, noted:

“The change is also affected by the proceeds realized from the partial sale of the investment in Ufinet and the sale of some companies in the Enel X perimeter.”

The end of the year is estimated by the company itself with EBITDA in the range of 19 billion to 19.6 billion euros while ordinary net income is placed at 5.3 billion euros revised downward by about 500 million euros.

October did not bring much good to the banking sector, but Unicredit distinguished itself by appreciating 20% thanks precisely to its latest quarterly report, which had Goldman Sachs, Deutsche Bank, and Citi confirming ratings and sentiment (buy).

1.7 billion is the figure coming from Moscow, which exceeds analysts’ expectations by 1 billion euros for reduced loan loss provisions.

Unicredit is still carrying out the share buyback program equal to 3% of the share capital, a figure we can estimate at 658,248,316.54 euros.

Goldman Sachs has the highest target price at 19.5 euros, here’s why:

The units already produced have been flying off the shelves and are all heading to America and the United Arab Emirates at a time when the brand is suffering somewhat from the conduct of the racing team in Formula One not so much as a matter of results but because of the image it gives the team with the questionable strategies taken.

As reported by Capital Markets Day 2022 the purchases are to be made by 2026 in line with the information provided.

Ferrari had 11,653,695 treasury shares equal to 4.53% of the total issued share capital including ordinary shares and special shares and net of shares granted under the Company’s share incentive plan.

In addition, two more new car models are scheduled to be released by 2024, including one that is electric only, which will mark a break with the past while confirming the brand’s standards of taste and quality.

On the Milan market, Ferrari also registers +2% giving relief to holders after more than a year of the bear market. 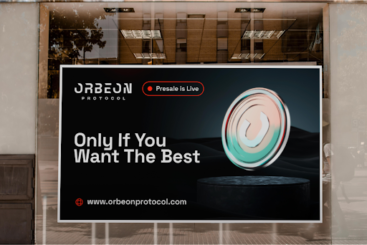