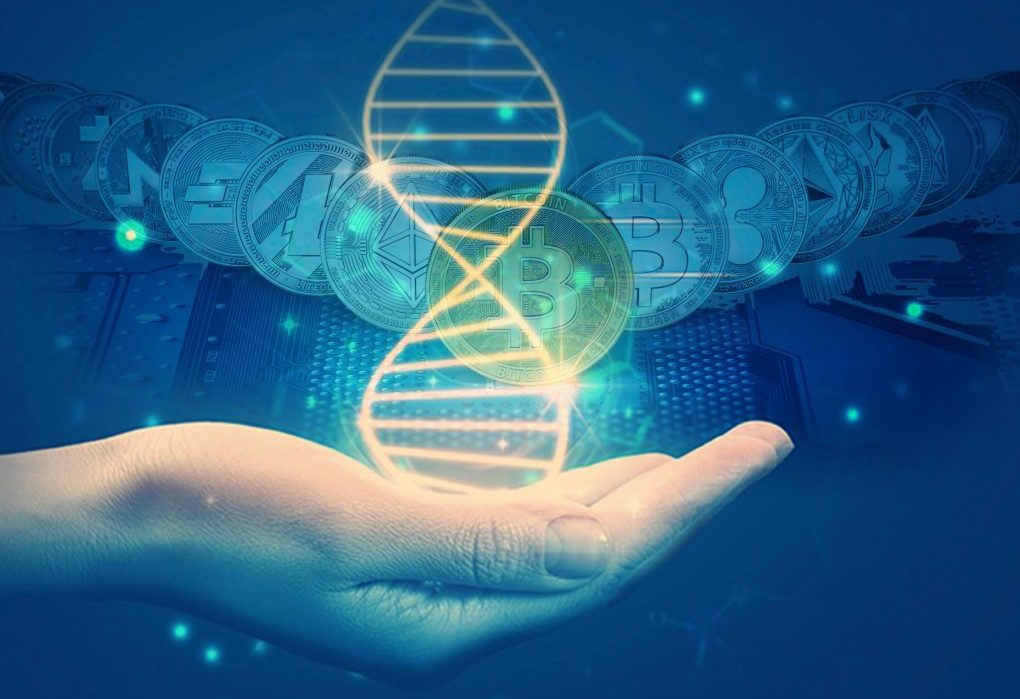 A blockchain for genetic codes

From genetic codes to ciphers: the blockchain epidemic is spreading in the world of genetics and health.

The business model proposed by Nebula Genomics is an example.

It consists of sequencing the genome of the people interested, storing the information on a secure blockchain network and then allowing the same customer to have access to it at an affordable cost and to sell that data to pharmaceutical companies.

The idea, born from the mind of a group of Harvard geneticists, is to create a platform for analysis and sharing of genetic data that is based on the technology behind cryptocurrencies.

Innovation lies in the fact that the system will allow you to skip intermediaries and allow anyone willing to share their genetic data, to earn digital money.

Sequencing the genome with blockchain technology

Through the use of a decentralized and cryptographic network, Nebula Genomics promises a single system to reduce costs, ensure data protection and allow customers to buy and sell information about their genome.

With less than one thousand dollars you can know, save and resell your genetic data, which will be stored in a safe place: a distributed and decentralized network similar to that used for transactions of cryptocurrencies.

Pharmaceutical industry’s demand should not be a problem since biotechnology based on genetics has been one of the new frontiers of medicine for years.

The problem so far was rather about the offer.

In the traditional business model, people pay (a lot) to sequence their genome and have the results.

The personal genomics companies retain the data and resell it to the pharmaceutical and biotech industries, which use it for research, product development and money making.

The Nebula Genomics model, which is built on Blockstack technology and the Nebula Ethereum blockchain, wants to burn the bridges between the customer and private companies so that anyone can own their DNA.

The Nebula blockchain network is composed of nodes of the DNA owners, nodes of the buyer data (usually the pharmaceutical or biotech company), nodes of safe computing that are based on the Bioinformatics Arvados platform, and the Nebula servers.

How the coding of the genome is done

Because of its changing nature over time, DNA is subjected to variations that are inherited from generation to generation, and that is why it contains valuable information that genetic experts and physicians can use to decode the evolution of organisms.

Since the discovery of the function and structure of DNA, scientists are trying to find the best way to encode the sequence of the genome, with the aim of studying and understanding the “code of life”.

The first sequencing was carried out in 2003.

The project lasted more than ten years and cost as much as 3 billion dollars.

With that price, not many DNAs could have been sequenced.

However, the progress made in the last decade has allowed us to take a big step forward in this respect.

The laboratory of one of the founders of Nebula Genomics, George Church, has devised a “new generation” technique for the sequencing.

With these discoveries, the cost has declined exponentially and now executing an “exome sequencing” costs 300 dollars.

But the difference of 0.1% involves more than 4 million genetic variants that are responsible for the differences that we observe among people, such as physical traits, personality, and susceptibility to diseases.

Medicine, bioinformatics: the many use cases of the genome

Genome use cases are different, from bioinformatics and forensic medicine to nanotechnology and genetic engineering.

Thanks to the codification of nuclear DNA it is possible, for example, to prevent diseases due to genetic mutations.

About 2% of us have pathogenic variants in our genes.

Today with the genome sequence it is possible to identify what makes us unique.

It is an extremely valuable information, as it can be used to make optimal choices in terms of health, for example on the diet to be followed or on the regime of activities and physical exercises to undergo, but also in more important matters, such as what medical care should be addressed or the planning of a child’s conception.

We are entering an era in which medicine and healthcare services become more and more precise and evolved, with a greater focus on prevention.

Based on the capabilities of blockchain technology, Nebula Genomics aims to take advantage of this rapidly evolving market, for the first time overcoming some of its major obstacles.