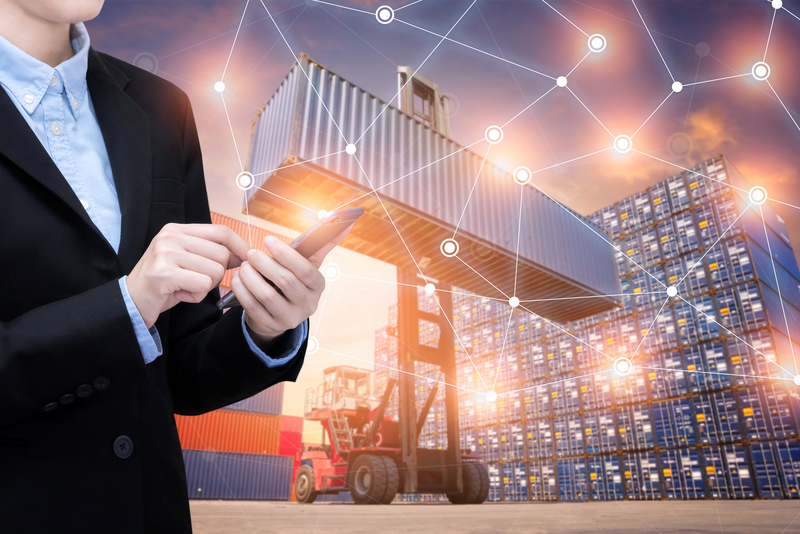 Logistics is one of the areas that could benefit most from the use of new technologies based on the blockchain.

In Switzerland, to monitor transport data, a project is in progress for the creation of Smart Containers, that is, containers equipped with appropriate hardware that allow the storage of data regarding their transport.

Containers are now widely adopted as a standard throughout the world for so-called intermodal transport.

As standard metal structures are easily modifiable by integrating specially designed hardware that would allow tracking of movements.

What does the blockchain have to do with it?

The idea came to the Swiss company Smart Containers Group which provides temperature-controlled containers for transporting sensitive pharmaceutical goods and food all over the world.

Their goal is to carry sensitive goods to ensure that no one ever receives a compromised product.

And this is where the blockchain operate.

We had already talked in the past about a similar project of the Swiss Post Office, in which the blockchain allowed to keep track of, for example, all the temperatures at which the goods were traveling during transport.

In the case of Smart Containers Group, the hardware capable of doing this would be integrated into the containers themselves.

Smart Containers and the Logi Chain

The hardware would be equipped with appropriate sensors able to continually detect data related to the container, such as the internal temperature, and to record them in a public and inviolable blockchain.

In this way, the data would be immediately usable by anyone who possessed the code related to the container.

The proposed solution is called “Logi Chain,” and has the following objectives:

The project is still under ICO, and it is expected that it will take about 5 years for the study, design, construction and the introduction on the market.