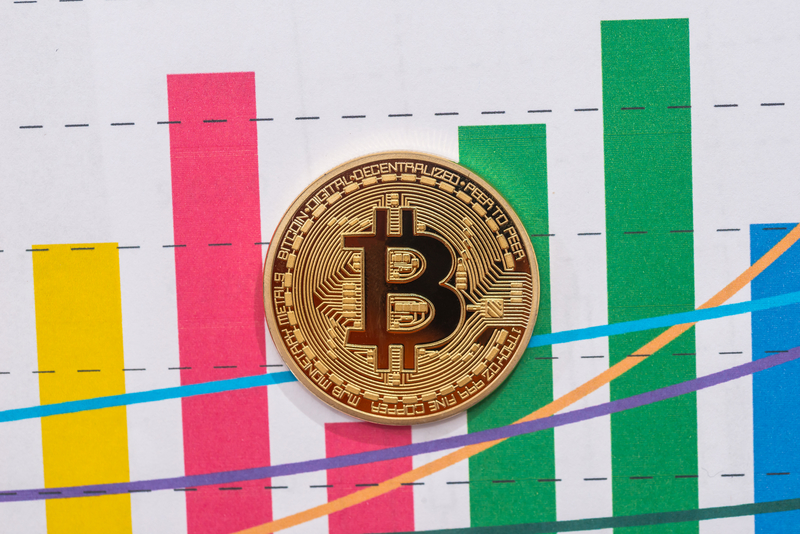 Crypto trading strategy: Steem and 0x stand out on the red market

For the third consecutive day, the Old Continent wakes up observing a red market for all the top 25 cryptos.

Among the worst of the last 24 hours is Eos (EOS) with a loss of more than 7%, which added to the descents of the last three days pushes the decline more than 25% since the beginning of the week.

The queen of cryptocurrencies is once again gaining ground in the dominance, peaking out more than 39% of the total capitalization.

To find the first positive signs you have to go down (26th place in the standings) where there’s Steem (STEEM) with an increase of almost 10%.

Despite the rejection of Korbit, South Korean exchange, which two days ago interrupted the trades of this token, from yesterday afternoon Steem emerges among all, scoring an increase of more than 40% in less than 10 hours, pushing prices close to $3.80.

Euphoria absorbed overnight with prices testing the previous resistance area at $3.20. A resistance that in the last week had rejected the attempt at breakage supported by the purchases that in recent days were back in the limelight after the publication of the study carried out by experts and scholars commissioned by a Chinese agency (CCID), placing Steem in second place in the rating, immediately after the Ethereum network.

This delayed burst rise is therefore surprising. Crypto to be followed with attention in the coming days to maybe find the right technical confirmations.

UPWARD TREND: Maintenance and consolidation over the $3.15 area are required to obtain confirmations over $3.20. These are the technical indicators that will give the first bullish signal useful to restore confidence and push prices back beyond 4 dollars.

DOWNWARD TREND: Descent under the $3.15-3.00 area shall not exceed $2.7. Below this last level, the bullish signal of the last few hours will turn into a dangerous bearish signal.

This type of platform offers the possibility to exchange cryptocurrencies directly from personal wallets, without using centralized exchange services, ensuring the full right of custody and ownership of the tokens. Paradex is a service based on Dex P2P Erx20 technology and uses the 0x protocol.

For this reason, since yesterday afternoon, immediately after the announcement of the acquisition (https://blog.coinbase.com/welcome-paradex-to-coinbase-62f16cc9bd74), ZRX’s prices soared, rising by more than 60% in less than an hour, reviewing the $1.60 area accompanied by important purchase volumes, as was not the case since last April.

After recording an increase of more than 300% from the lows of early April, the token recorded a significant decline of 50% from the top reached on May 10 just above 2 dollars, reaching almost a dollar with the low of yesterday afternoon, a few minutes before the bullish explosion.

In the next few days, we will need to understand if under the talk of the last few hours there is also some action

UPWARD TREND: Resistance in the $1.5 area continues to be felt. In fact, after yesterday afternoon’s rise in prices that managed to push into the $1.65 area, the downturn brought prices below resistance. A return above this level is important to confirm the trend change.

DOWNWARD TREND: The bullish euphoria of yesterday afternoon can only continue if prices are able to consolidate beyond the $1.10-1.20 area in the coming hours. A return below these levels will dampen excesses and dangerously raise fears of reawakening the bear lurking under the dollar.

The failure of the 7900 area has pushed prices to the next level in the 7400 dollar area, repeatedly indicated as the last bulwark to continue to keep a moderately bullish trend of the current monthly cycle, now in the process of closing.

In terms of time, prices are close to the conclusion of the third weekly sub-cycle, so in the coming hours, sales may continue to prevail.

In the absence of a pullback it is necessary to remain patient and to see further bearish lengthenings.

UPWARD TREND: Prices depart from the $8000 threshold. Only the recovery of this level will begin to give the first signal of rising.

DOWNWARD TREND: The peak in volumes recorded yesterday afternoon, with prices in the 7400 dollar area, confirms the importance of this support. The stability of this area is fundamental so as not to risk definitively compromising the rise that began in early April, witnessing further descents in the 7100-7000 dollars area. A condition that will force the bull to start all over again.