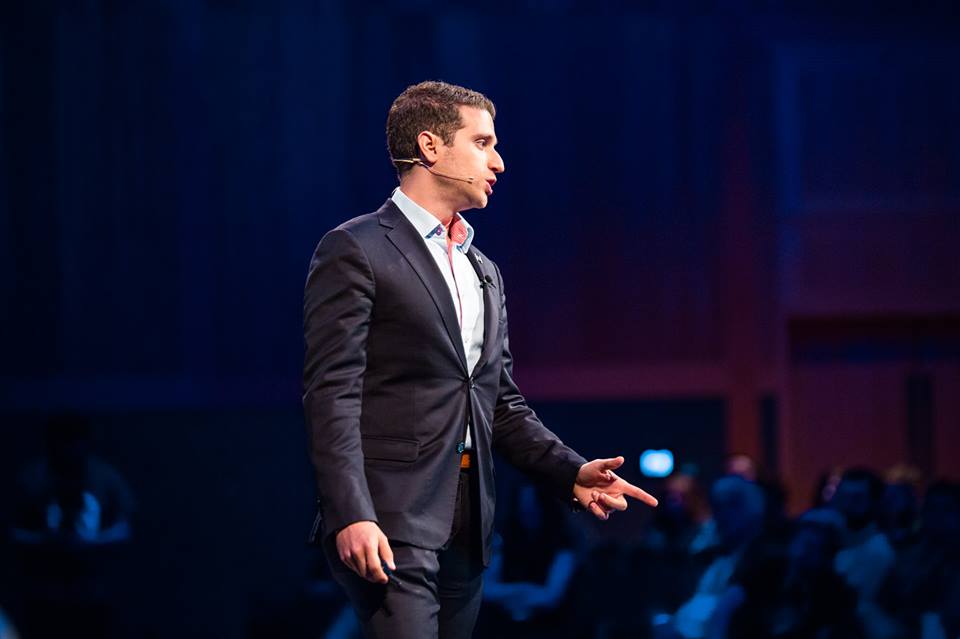 Jordan Fried is an early member of the team at Hedera Hashgraph, the technology that aims to revolutionize blockchain technology.

He’s an American entrepreneur and investor, who previously lived in Hungary, who has made a fortune with some startups that became big companies, such as Buffer.

Fried is also a major investor in Swirlds, the software company that created Hashgraph. He holds a managerial role, Vice President of global business development.

Hashgraph has made headlines with the introduction of a new distributed consensus system.

It uses “Gossip About Gossip” and it allows nodes that generate a new transaction to distribute only part of the information to their neighbors and not the whole blockchain.

This gives rise to a model which should guarantee greater speed in the transfer of information (hundreds of thousands of transactions per second, compared to 10 for Bitcoin and about 25 for Ethereum).

We interviewed Fried to understand more about Hashgraph and the challenges of blockchain technology.

Why is Hashgraph the future of blockchain technology? What are the problems that your technology solve better than the others on the market?

Blockchain networks today are inefficient, slow, and haven’t scaled very well. Hashgraph solves these problems with a virtual voting algorithm that is mathematically proven to be fast, fair, and secure. There is no Proof of Work and we’ve achieved performance that’s orders of magnitude better than the rest of the market.

Hashgraph has raised $18 million. Can you say who is using it today?

We began with customers who wanted to use a private ledger, and organizations like CULedger, a credit union consortium of hundreds of North American credit unions. Since the launch of our public network in March, a number of companies across various industries are planning to build on the Hedera Hashgraph public ledger. Interest is growing, from a music industry project from Matt Sorum (Guns N’ Roses) to Machine Zone, one of the largest gaming companies in the world.

What’s the future of blockchain technology?

The road is uphill. There are many challenges. Such the improvement in performance and number of transactions. Structures capable of supporting hundreds of thousands of transactions per second are needed to enter a market such as the stock market, rather than auctions and video games. The fundamental point is security: blockchain technology can only win if it facilitates the exchange of trillions of dollars!

Skeptics denounce the lack of governance and stability. What do you think about it?

Yes, there are three other fundamental aspects to choose from. Governance is one of them. To avoid the constraints of a benevolent dictatorship, or to fall into centralization through entropy over time, a general-purpose public ledger should be governed by representatives from a broad range of market sectors from around the world. Each of these representatives should have excellent experience in their respective industries. At the same time, we need technical and legal mechanisms to enforce the decisions of the governing body, otherwise, to enforce the decisions of the governing body.

How does an ideal public ledger look?

We believe a distributed public ledger must be capable of enabling appropriate Know Your Customer (KYC) and Anti Money Laundering (AML) checks, in order to gain mainstream adoption.

What is your advice to young entrepreneurs who dream of making business in blockchain field?

Entrepreneurs and organizations should take a close look at the technology stack on which they are building their products. Look for a problem that truly needs solving and make sure you are building the solution to that problem on top of a tech stack that is going to be stable, won’t fork, and is designed to be around for the long term.

Previous article Tron to acquire BitTorrent Inc, a new positive news for the crypto
Next article Agreement between VeChain Blockchain and the Chinese Lingang