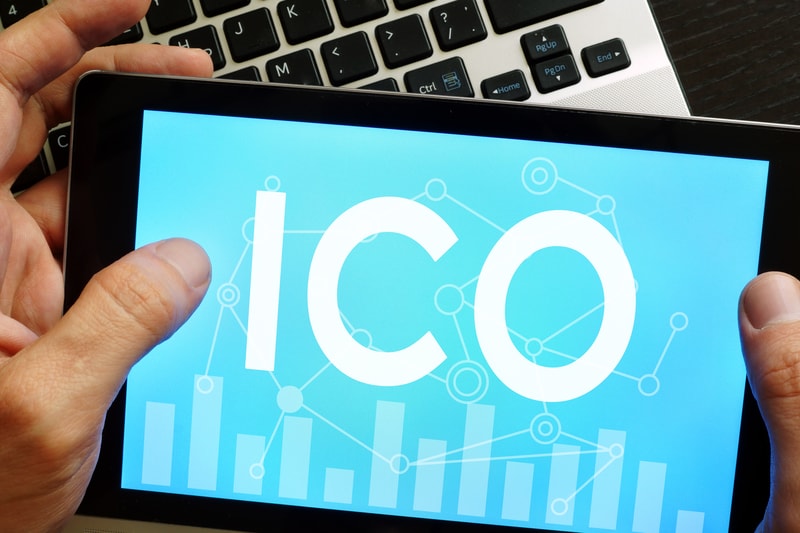 ICO tokens are sold for an average gain of 82%

A Boston College study shows that the yield from ICO tokens is higher than that from stock market IPOs. Over time, however, you are reducing profits and lengthening collection times.

Hugo Benedetti and Leonard Kostovetsky, researchers at Boston College, have recently published a scientific paper in which they present their study on ICO, Initial Coin Offering, and on the economic return, they can generate on average.

The study considers 4003 ICO for a total collection of about 12 billion dollars starting from January 2017. 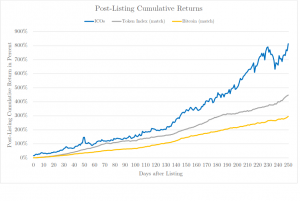 How is the yield calculated?

If we consider the investment yield of the only ICOs that succeed and reach quotation on the exchanges we have a yield of 179%, while if we also consider those ICOs that fail to be quoted the average yield is in the order of 82%.

To be able to carry out their research, economists had to define the initial purchase price, which, however, as we know, can be very variable due to the discounts granted in the pre-ICO or early stages of the ICO.

To obtain the correct purchase values, therefore, they had to turn to Twitter, and to the portals dedicated specifically to token launch.

Unfortunately, data collection did not always give complete and positive results: of the 2390 ICOs concluded, only 48% had specific values relative to the capital collected.

The remaining 52% either did not make the capital raised public or did not reach the minimum soft cap.

Or it was scam announced that they never really took place.

Only 26% of ICOs continued their activity after launch and came to the market.

The ICOs of success have collected an average of 11.5 million dollars, but it is a value polluted by the presence of three very large launches for which, if we consider the median value, this is reduced to “only” 3.8 million dollars.

When are ICO tokens listed?

For listed ICOs, the average time between the end of ICOs and the start of trading is 31 days, with a median of 16 days: even 44 ICOs have been listed before the end of the launch.

The average value of the ICOs is $ 22.70, with a large gap averaging only 0.14 USD, showing how some significant initiatives distort average values.

The prices for opening prices were equal to 25.9 USD for average values and 0.19 USD for median values.

The average yield at the opening of the ICO listing is 246% (median 21%) and at the close of the first day of 273% (median 29%) with, even in this case, the most significant median of the average because the latter It is very influenced by a few extremely successful initiatives.

IPOs have a lower return

In short, the return of the ICO is much higher than the IPOs carried out on the stock exchange, mainly because the discount that is granted to the first subscribers is much more significant.

The yield of 82%, calculated as a weighted average investment on the basis of the purchase price, is really attractive, even if we must consider that, progressively, premiums for the early bird are shrinking, while the time for the collection of capital is lengthening. 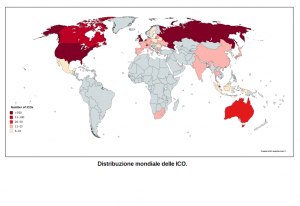