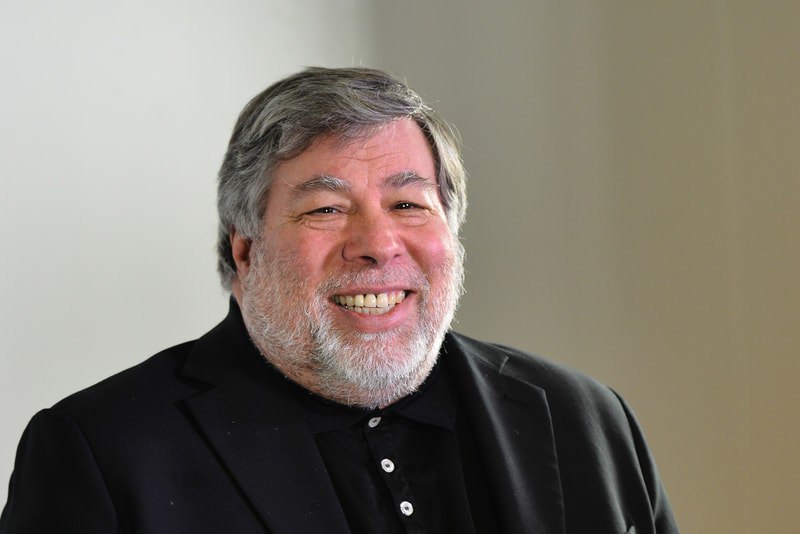 According to Wozniak bitcoin is the future

Steve Wozniak, co-founder of Apple with Steve Jobs, talks about his relationship with the crypto and how he has invested in them. According to Wozniak bitcoin is the future, the cryptocurrency is “pure”.

Steve Wozniak is the computer’s grand old man. It was he who designed, with Steve Jobs, Apple I and Apple II in the seventies, when the myths were born in the parents’ garages.

After having followed the parable of the Apple, he separated in 1985 taking an autonomous road, but always extroverted and brilliant in his intuitions.

Recently he has approached the world of cryptocurrencies, both with Bitcoin and with Ethereum. Today, referring to a joke by Jack Dorsey, CEO of Twitter, who claimed to believe that soon bitcoin will be the only currency globally, he replied to wish the same, saying:

“I align myself with what Jack Dorsey says, I do not know if it will happen, but I would like it to happen and this is just a thought.”

Then he added: “Bitcoin is defined mathematically, there is a certain amount and there is a mode of distribution. It’s “Pure” and there’s no human behind it, no company controlling it. It only grows, grows and survives. It makes me understand that there is something natural and nature is more important than human conventions “.

Wozniak invested in bitcoins before 2017, when the value was around 700 dollars, but he always claimed to have considered how much he spent not as a speculation, but as an investment of knowledge and technology.

However, he made a great profit because he sold all his own bitcoins minus one in February 2018, when the value was just under 7000 thousand dollars, totaling a return of almost 10 times the investment.

Bitcoin has been given to death at least 300 times since its birth but, as a natural force, always in development. Steve has also invested in ethereum, in this case, however, only on an experimental level and has therefore sold everything in 2018, holding only two ETHs.

Previous article 10 wallets hold 50% of EOS tokens
Next article ICOs SEC meeting: the US Authority will decide the outcome