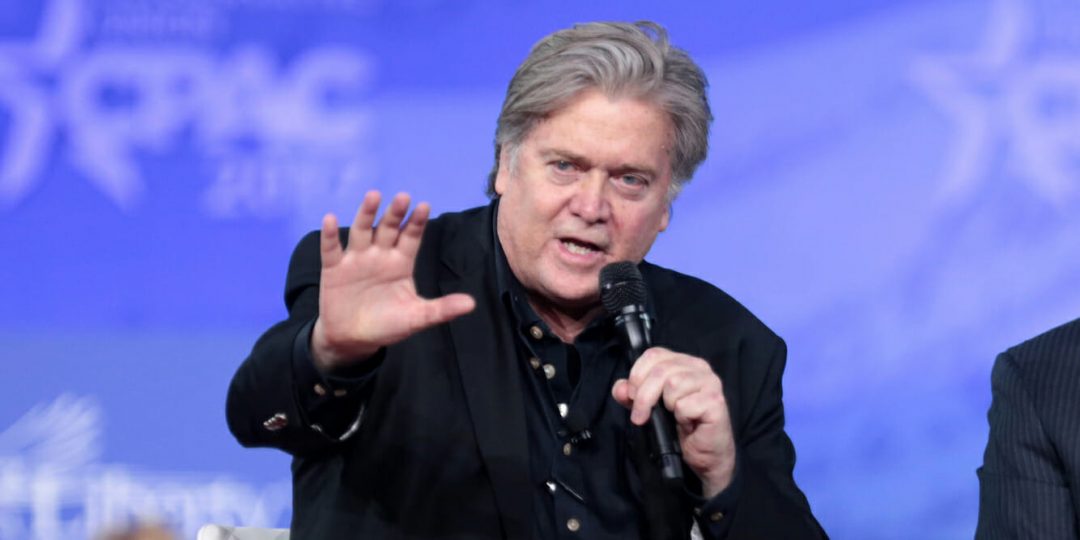 Among the plans of the former strategist of the presidential campaign, there would be an Italian crypto pegged to marble deposits.

The main author of Donald Trump’s surprise victory in the 2016 presidential election is a big fan of the crypto world and blockchain.

He also seems to have invested a considerable amount of money in bitcoin.

But the Petro, after an initial success, is not doing very well.

Its operation is quite simple: to each cryptographic coin printed by the national mint, one barrel of oil is associated, as a guarantee of its stability.

The passion of Bannon, former director of the information website of the American alt-right Breitbart, has only recently been revealed in a long article in the New York Times in which the businessman defines cryptographic coins as “revolutionary”.

According to a Twitter report by one of the journalists who wrote the long article in the American newspaper, that of an “Italian currency pegged to national marble deposits” is one of the examples of crypto projects made by Bannon.

A mystery surrounding the project

Bannon did not give out large details of the initiative, nor did he mention any personalities or politicians from Italy with whom he could have discussed the extravagant idea.

What we know of Bannon are his political positions: a militant of the ultra-conservative US right, he is close to the populist movements of Europe and was happy about the victories of Italian political movements MoVimento 5 Stelle and/or Lega in the general elections of 4 March.

Doubts about political ends and feasibility

If with the Petro the objective is to circumvent the American sanctions, in Italy a new coin pegged to the marble deposits could be an opportunity to propose a reliable monetary alternative to the euro.

A currency with guarantee reserves depends, however, on the credibility of its custodian, reminds the press agencies Ferdinando Ametrano, who teaches bitcoin and blockchain technology at the University of Milan Bicocca and at the Politecnico di Milano.

“It’s an idea that has flaws. It means that I have to trust who guarantees me this link with marble, and that is again a central authority“.

The crypto world expert is also perplexed by the choice of having marble as a guarantee, a rock symbol of nobility but also of compactness that has been used in construction for more than 2,500 years.

The idea behind cryptos is “revolutionary”

Over time Bannon has become one of the greatest supporters of cryptocurrencies; he is convinced that they can give back to the citizens the power that has been taken away from them by central banks, which are accused of “degrading currencies” thus making the population “slave to debt”.

According to him, those who control a currency have control over everything.

A vast project to regain that control from the central authorities can be considered “revolutionary”.

It is no coincidence that the businessman, who says that he met some hedge funds and participated in some token sales, with his Bannon & Company, admitted to having invested quite a lot of money in bitcoin, although it is not known exactly how much.