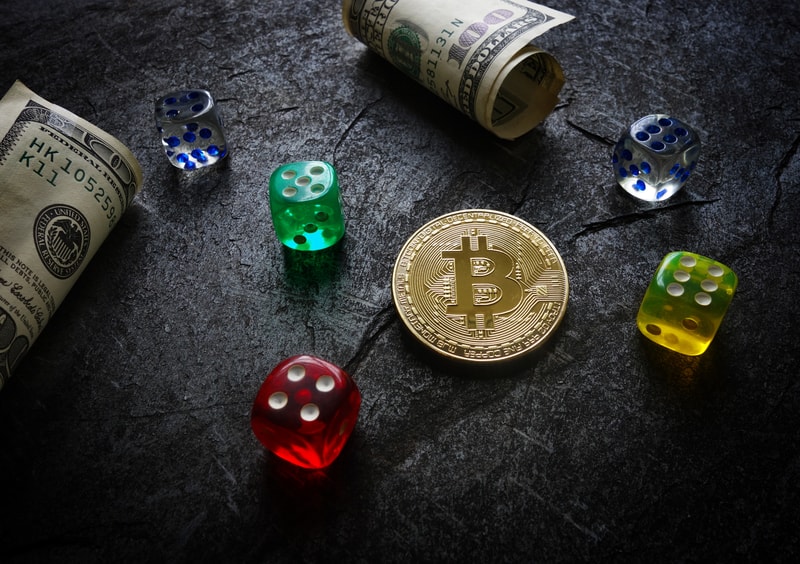 Scaling Bitcoin is not an issue

Is Scaling Bitcoin Really An Issue?

The market is kinda down and we’re all sad and remembering the good old days in December.

It has been a pain to watch the charts this past couple of weeks.

But, why did the market crashed? What brought it down? Who’s responsible for this calamity? When will it fully recover?

These ups and downs are not only expected but a delicate part of the never-ending cycle of speculation.

What will be the trigger which causes exponential adoption? Will it be a killer app? Will it be institutional investors?

The key to increasing adoption

Maybe it will be people realizing bitcoin is a great store of value. Sure it does bottom down (like any asset, commodity, currency, etc) except its value is intrinsically connected to the network of users, energy spent and difficulty algorithm.

Meaning, it’s a digital way to store value without a central party. That’s already an achievement.

The overall discussion around technology and ways to scale bitcoin aren’t that important for general adoption. Not that it wouldn’t make it easier for companies and institutions to transact, as scalability means faster transactions times and (hopefully) lower fees for the bitcoin ecosystem, but because that’s not the core question we ought to answer.

The struggle is not technological, rather philosophical.

It’s not a fight we can battle with gifted engineers, but one that must be fought around core-values.

At this point in time, it doesn’t matter at all how the technology develops if we don’t get the core principles right, people. The absolute purpose of bitcoin is to decentralize currency, not leaving any room for the few to rule over the many.

The connection between physical and digital

The next time someone says “Bitcoin has no value because there is no underlying asset” remind them of the energy spent to mine it. The beauty of Proof-of-Work is that it requires an underlying asset outside the digital realm to be spent (energy = money), in order for consensus to be reached.

Thanks to the laws of physics, we still do not have a way to convert back the totality of the energy spent output into the same energy input — so when miners spend electricity to mine bitcoins and reach consensus, there is no way to get back the raw input: energy.

The stake, in Bitcoin, is energy spent which cannot be redeemable or refunded in any way.

I know Proof-of-Stake algorithms and protocols like Ethereum’s Casper work similarly, in the sense miners would lose their stake if they tried to attack the network. However, the problem is that there is no input outside the digital realm being spent in a great enough quantity, to increase the probability of good behaviour from miners.

Energy becomes part of the entire ecosystem connecting the digital world to the physical, giving it an intrinsic value.

If you’re wondering how we can make sure there aren’t too many miners mining bitcoins, creating a humongous energy spend, think of supply and demand.

What happens in Bitcoin is that, the more miners (validating nodes) who join the network, the harder it gets to mine bitcoins, thus adjusting the difficulty level of the hashing algorithm.

As the network becomes more secure, you need less nodes validating so you can afford to make it harder for miners to get a reward.

This is, miners need to spend more energy to get a bitcoin block reward.

How is any of this related to the initial adoption logic?

When we consider all of the above points, we realize the most important discussion is still around the core-values of Bitcoin. Everything in the Bitcoin network works in a way to avoid the absolute centralization of money and ways to control its supply — even though human nature tries to circumvent those features, for the sake of efficiency.

Scalability will happen, just a bit differently than you might expect.

We already have the unique piece that allows for scalability to happen: an underlying asset people can use a store of value.

Whatever is built on top doesn’t really matter if the underlying layer, bitcoin’s blockchain, is still used as the settlement layer.

From batching and Shnorr signatures, to the Lightning Network and atomic swaps, there are as many ways to improve transaction throughput, as far as our imaginations reach out. You could potentially have digital fiat-currencies redeemable for Bitcoin. You can have other side-chains that interface with a single wallet app, meaning if it’s easy to exchange your tokens and other cryptocurrencies for bitcoin, you will still use it as a base-layer to store your gains.

Better yet, the LN provides a public P2P layer which directly connects nodes, via off-chain channels; meaning, you’re able to open up private channels directly to another peer and transact at a fraction of the cost.

The point is: let’s not focus too much on something that will eventually happen. Everyone has been focused on technology and price so much, we forgot to take a couple of steps back and re-visit some core debates, crucial for the overall Bitcoin acceptance.

We won’t bluntly say that we need decentralization to overcome the current power struggles humanity faces or that we need to have a better distribution of money and to allow everyone to participate, to a certain degree, equally in the financial system.

It is indeed a beautiful state of mind with a powerful message behind it, but honestly, who cares?

We are selfish beings with one goal in our thick skulls.

To avoid that, we all need to make an effort. Centralization means comfort. Decentralization means discussion and inefficiency. We’re now at a sort of crossroads where we gotta make a choice between what is right and what is easy.

Game theory acknowledges that; just consider the basic prisoners’ dilemma. As the first mover has most advantage, the probability is that the first prisoner will snitch on the second, although it deviates from the optimal move for both, which would be to just be quiet.

Except competition and cooperation come hand-to-hand in cryptocurrency: look at mining pools, look at bounty programs, look at how any network grows. By giving proper incentives to users. 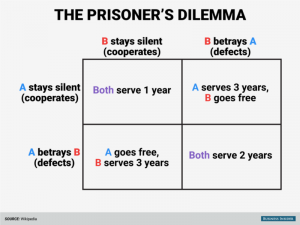 Money is always better distributed when it is viewed as a reward for participating in said network, but to participate you are indeed competing with other agents. The optimal form of money distribution would be a way to allow for all participating agents to also be validators.

Imagine a bitcoin where all users must be miners.

Some people do not want to have the burden of validating transactions so they use the network to simply store their value or to transact, believing miners to be honest and will behave in the best interest of the network — because of the reward system in place.

Anyone can become a validator and be rewarded for it, even with a raspberry phone.

Our goal should be to maintain that level of openness on the main-network; if to scale it means having second-layer solutions or other cryptocurrencies to serve different purposes interacting with Bitcoin as a base-settlement layer, that’s fine. The base layer is the one that needs to be fully decentralized and self-regulated.

Bitcoin Cash will probably work, as it doesn’t need to be as secure as Bitcoin. Because it won’t, for the time being, replace Bitcoin.

Who cares if money is centralized? We can just switch from money X to money Y and use the same base layer to store our assets.

This is, we could potentially use BCH to send and receive payments and bitcoin as our base layer to store the rest of our money. Do we really need hundreds of tight-ass secure networks, much as bitcoin?

Decentralization means options. We’re fighting to avoid the “One Coin” to rule them all.

If bitcoin is just one of the layers, this means we can easily switch to and from it, as well as create interactions and side-chains with different cryptocurrencies. There are many ways to look at this question and there is no single answer to the decentralization dilemma.

How can we scale and be efficient, while avoiding centralization?

Whatever great new cryptocurrency you think will replace Bitcoin, never forget it’s easier to cooperate with it, than to replace it. The amounts of hashing power needed to secure any network, as much as Bitcoin is secure, will always be the bottleneck of any other cryptocurrency to get massively adopted.

No matter how great PoS, DPoS, DAGs, Hashgraphs and etc are, none has the single property that makes Bitcoin unique: an underlying asset of the physical world associated to it, that cannot be unspent after is spent.

All these other proof-of-consensus mechanics will most likely (one day) be valid, yet none will truly replace the one that gives people a more secure way to store their value.

In the long-term fees won’t matter as they’re needed to keep the entire system alive.

Would you mind paying a high fee, when compared to ethereum or litecoin transaction fees, to guarantee the safety of your transaction and storage of your assets?

If Bitcoin is the best bank in the world, why wouldn’t we pay the premium to use it? Miners need to have an incentive to spend energy and validate transactions, granting fees the task of being the economic incentive to behave.

How to scale cryptocurrency?

There are many solutions out there that are proving different consensus implementations might work, so the real challenge is creating an ecosystem where any user gets rewarded for participating.

With an academic background in economics and professional experience in tech, he believes cryptocurrencies to be the fuel that will change how we do commerce around the world. He has founded Bityond, a skills-matching platform that connects candidates to jobs.