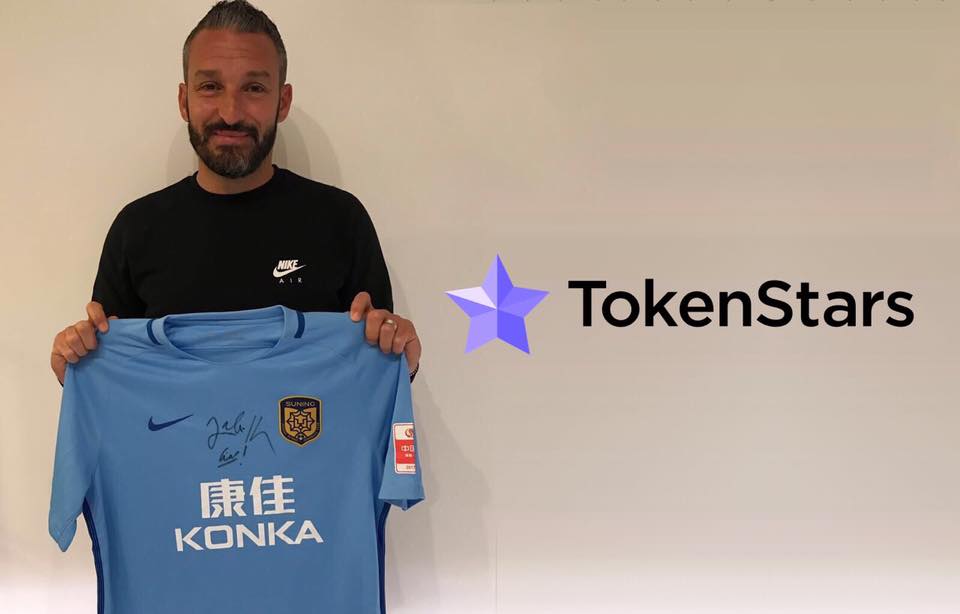 With Token Stars, the stars of sport and the world of entertainment can be “tokenized”.

Token Stars: The world’s first “celebrity management” platform to run on the blockchain offers virtual tokens and other incentives to allow fans and advertisers to interact with VIPs, allowing revenue for all.

Through one of the 12 modules available, fans are put in direct contact with the stars of sport or entertainment.

Advertisers are also involved, and the industry as a whole is potentially worth around USD 100 billion.

Zambrotta among the first ambassadors

Ambassadors on board include Hollywood and pop celebrities, Olympic champions and sports legends, including the Italian 2006 football world champion, Gianluca Zambrotta.

After the first successful token sale (called ACE) dedicated to tennis, which has helped raise $ 4.9 million and create a community of more than 10 thousand users, the team of Token Stars has expanded with the recruitment of experts and investors in the industry, such as Bitcoin Angel Roger Ver and Internet entrepreneur Vinny Lingham, as well as dozens of ace athletes and sports managers.

How does the TEAM project work

The above mentioned high-profile ambassadors chosen for the project, based on the Ethereum blockchain, will drive fans to buy tokens. To support the sports stars and other VIPs, fans just have to buy tokens.

The money raised will be invested by celebrities to train or improve their skills. In case of success on the field or elsewhere, the star pays a commission on the sponsorship contracts or prizes obtained by, for example, winning a tournament,

The TEAM platform, designed to bet on the emerging young aces of a given sport (football, poker, basketball, hockey and e-sports), provides for commissions to be paid in tokens, virtual currencies that in turn can be traded on the “open” market.

During the athlete’s first period of growth, which varies according to the sport (four years in tennis, zero in poker), supporters can exchange their tokens in exchange for various services and memorabilia provided by celebrities.

The commissions are calculated as follows: the fans buy tokens of the new Maria Sharapova when she is 14 years old and is not yet an established champion. If the player wins Wimbledon at the age of 17, the platform receives 30% commission (paid, of course, in digital “tokens”).

As with Zambrotta, Token Stars’ ambassador, athletes may also decide to use the platform for charitable purposes. The former defender of Italy, Milan, Juventus and Barcelona explains on his Facebook profile that he was among the first to try the platform that allows you to break the bridges between celebrities and fans.

The crypto charity launched by him allows those who participate and buy tokens to receive in return a shirt of the Chinese club team Jiangsu Suning (where he serves as assistant to coach Fabio Capello) autographed by the World Champion in person.

The proceeds will be used for a just cause: to finance Silva Onlus, a non-profit fund that helps children in hospitals.

The history of the price of Bitcoin
Steam: how does the Bitcoin game work

ASUKA: an exit scam for the token