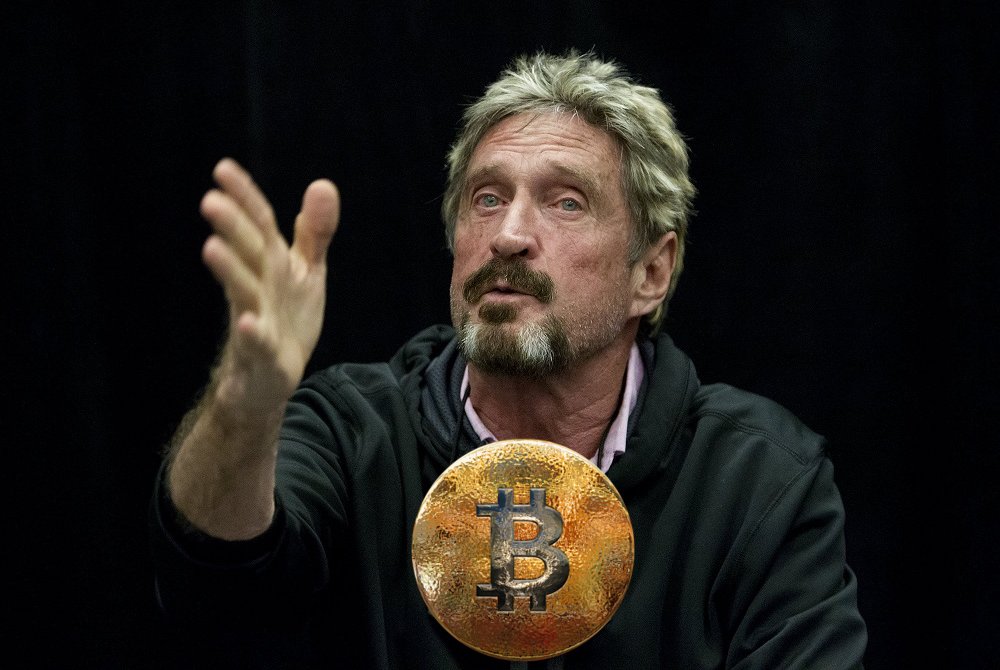 Today he talks about the new Bitfi wallet, in his opinion structurally inviolable.

John McAfee returns to the computer security field that saw him emerge as a protagonist in the 80s.

He has already offered a substantial prize of 250 thousand dollars to those who manage to hack it.

With three tweets McAfee explained what security means to him and what makes the BitFi wallet unhackable.

He interprets this resilience to attacks with the impossibility for anyone to achieve the task, even if offered a substantial prize of 250 thousand dollars.

In the past McAfee had stated that “nothing is unhackable“, but it had to be rethought with the invention of the blockchain.

As for security, his wallet doesn’t rely on a plurality of random words which are hard to remember (the seed).

What is needed is a single phrase easily remembered by its creator that will turn into the code itself.

This is because, according to him, the best security is not to be sought in a multiplicity of verification factors, but in the construction of a structurally safe “core”.

He does so by narrating his experience as a victim of hackers who, in early 2018, were able to take control of his Twitter account, despite the fact that he had activated the 2FA, the Two Factor Authentication.

The hackers cloned his phone’s Sim Card, thus recovering through the phone number all the elements of authentication, and violating an apparently secure system.

John McAfee doesn’t mind calling 2FA safe and adds: “If you’re worried about losing or forgetting a code you’ve chosen, write it on a piece of paper, put it in a safe in a secure institution and give the key to the lawyer, so in the future, your children can inherit it.“

A certainly unique way to reaffirm his thought, according to which security is in the structure of the wallet and in unique but simple codes, not in a multiplicity of keywords.