The news is destined to weigh down, at least until suspicions have been cleared.

The mining giant Bitmain is preparing to launch a billion-dollar IPO on the Hong Kong stock exchange, but in the meantime, heavy accusations have been made: Bitmain might be manipulating bitcoin cash prices.

The company is currently completing the last round of private financing, which should bring the total value, prior to the public bid, to one billion.

This phase of preparation is disturbed by a series of controversies related to a large amount of BCHs owned by the mining giant. 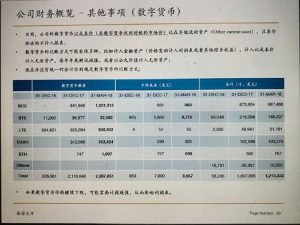 According to information filtered during the pre-IPO phase, the company would have gone from owning zero BCH to have accumulated as of March 31, 2018, 1021, with a present value of $ 500 million.

But, until just a month ago, all these BCHs were worth almost twice as much.

As a result, the company would have lost nearly $500 million in a few months.

Bitmain is currently estimated to own 5.9% of all BCHs in circulation, a quantity that can have a weight on the market and that has raised suspicions because it is not generated by mining but purchased on the market with 159 million.

While the sales of BTC would have amounted to 89 million.

The accusations of market “manipulation” are very heavy because they come at a time when a huge IPO is being prepared, which in Bitmain’s plans would allow it to be valued at up to 18 billion dollars, against the sale of a stake of around 40% in the company.

The doubt is that the company is, or has been, trying to embellish its accounting records with earnings that are not derived from the typical management of a company.

If this was the case then they clashed against a not easy market, which probably looks for less risky investments and which has now punished volatile investments such as cryptocurrencies.

Jihan Wu, the CEO of Bitmain, is well introduced in the Chinese economic establishment where profits, especially for state-owned or parastatal companies, are very big: 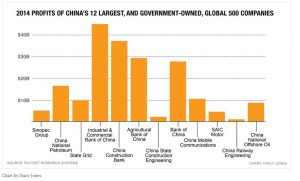 In this environment, it should not be difficult for the entrepreneur to find support for his IPO.

It is likely that the choice of an institutional way to advertise the company has been chosen to encourage the investment of large eastern industrial groups that could never have joined an ICO.